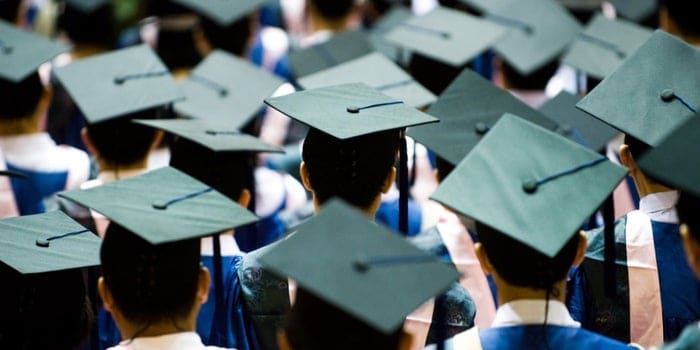 Latinos are the largest group of people of color in the U.S., making up 25 percent of the school-age students in Connecticut, and, across the board, these Latino students fall behind their White and Asian counterparts in academic achievements and educational attainments. However, one Canadian professor’s new intervention method has proven ability to change all that.

Jordan Peterson, PhD, a psychology professor at the University of Toronto, has developed an online writing series—Self Authoring Suite: Past Authoring, Present Authoring, Future Authoring—that research shows is a promising tool for marginalized communities to not only boost skills critical for academic achievement but hone those that determine happiness and success in life.

“People don’t understand how powerful writing can be.”

Dr. Peterson developed the Self Authoring Suite with colleagues to combat the diverse community achievement gap. He says the results have been overwhelming for himself and fellow researches, considering that most intervention programs that are developed “don’t do what you hoped they would do or even sometimes have the opposite effect.” So, the fact that this intervention method is doing exactly what they hoped, well, he says, “It’s been really fun.”

The development of the online computerized writing programs was heavily influenced, Dr. Peterson says, by Dr. James Pennebaker (one of Dr. Peterson’s favorite psychologists). Dr. Pennebaker is the Centennial Liberal Arts Professor of Psychology at the University of Texas at Austin and has conducted work on the effects of expressive writing since the 1980s. His research has shown that those who wrote about traumatic experiences and/or uncertainty had improved productivity and health, particularly if the individuals wrote about causal accounts (connecting emotion with causes) or constructed future plans in their writings. This is all part of goal-setting theory, which holds that writing down concrete, specific goals and strategies can help people overcome obstacles and achieve.

Utilizing this research, Dr. Peterson incorporated goal-oriented writing exercises into his Self Authoring Suite; an integral component that Dr. Peterson’s research shows positively affects students’ drive and motivation. Dr. Peterson’s research includes the development of an undergraduate course called Maps of Meaning. In this course, students would complete writing exercises that combine expressive writing with goal-setting. Students reflect on important moments in their past, identify key personal motivations and create plans for the future, including specific goals and strategies to overcome obstacles. The course demonstrated the impressive effects of goal-oriented writing, wherein the multicultural achievement gap for the 700 students was nearly erased over the course of two years.

But this isn’t the only test Dr. Peterson has done that proves the effectiveness and power of writing to close that gap in academic achievement.

At the University of Toronto, Dr. Peterson tested part of the Self Authoring curriculum on 85 students who were struggling academically. Collectively, the students’ GPA rose by 29 percent in a single semester. Another test was done in 2011 at the Rotterdam School of Management at Erasmus University in the Netherlands. Here, a portion of Dr. Peterson’s Self Authoring Suite was made mandatory for incoming undergraduates. The results were just as impressive as in Toronto, just on a much larger scale.

Dr. Peterson discusses these results and others in an interview with Joe Rogan, saying: “We’ve used [the Self Authoring Suite] with about 5 to 7,000 university students now, mostly in Europe at the Rotterdam School of Management, and we’ve raised their grade point average of their kids 25 percent, dropped their dropout rate the same. And it’s had a walloping effect on men and on non-western ethnic groups. It’s moved the non-western ethnic student population performance at Rotterdam School of Management from 70 percent below the average to above the female dutch natives.”

To further discuss and prove the effectiveness of the program, Dr. Peterson co-authored a paper titled: A scalable goal-setting intervention closes both the gender and ethnic minority achievement gap. The paper explains how they compared the performance of the first complete class of freshman at Rotterdam that used the Self Authoring Suite to the previous classes. And after two years, ethnic and gender group differences in performance among the students had all but disappeared.

So why does this writing program seem to have such a powerful effect on people of color? Dr. Peterson says that this goal-setting in a formal manner can especially help those students in overcoming what is called the “stereotype threat.” That is the damaging belief that the generalizations about low academic performance in ethnic groups apply to them. Dr. Peterson believes that the goal-setting exercises in Self Authoring Suite help students learn to reject this premise.

In a 2015 article for NPR (The Writing Assignment That Changes Lives) Melinda Karp, the assistant director for staff and institutional development at the Community College Research Center at Teachers College, Columbia University, who leads studies on interventions that can improve college completion, calls Peterson’s paper “intriguing.” She agrees, “Students need help not just setting vague goals but figuring out a plan to reach them.” She explains, “When you enter a new social role, such as entering college as a student, the expectations aren’t always clear. There’s a greater risk for students who may be academically underprepared or who lack role models.”

For Latinos in Connecticut, lacking role models is definitely part of the equation

Four percent of teachers are Latino in Connecticut compared to 25 percent of the students (as reported by Connecticut Voices for Children in 2018). Of course, there are many other contributing factors to the gap in academic achievement. The reasoning is multifaceted and, overall, the causes of the ethnic performance gap remain poorly understood. However, many initiatives have been set in place to reduce these inequalities and the urgency to close this gap grows greater by the day. In Dr. Peterson’s co-authored paper (previously mentioned) it states: “The gender and ethnicity gap in academic achievement constitutes one of today’s key social problems.”

SUGGESTION: Back to School: Closing The Minority Teacher Gap

The National Center for Education Statistics (NCES) estimates that by 2023 nearly one-third of all students will be Latino. However, in three states—California, New Mexico, and Texas—Latinos already account for more than half of all students. They also reported that in 2014, 76 percent of Latino students graduated with their high school class. This, compared to 2006, where 61 percent reportedly graduated with their class; a small improvement but one that still lags considerably behind their white counterparts (87 percent graduation rate) and their Asian counterparts (89 percent graduation rate).

When it comes to higher education, college and the like, the NCES found statistics look about the same if not bleaker for Latinos. While 43 percent of white students and 66 percent of Asian students completed at least a bachelor’s degree by age 29 in 2015, only 21 percent of African American students and 16 percent of Latino students did so. There is also a gender gap that comes into play as well. Latinas also outperform their male counterparts in college degree completion. In 2015, 18.5 percent of Latinas had earned a bachelor’s degree by age 29, compared with 14.5 percent of Latino males. (The 2018 Connecticut Voices for Children report found Connecticut’s statistics in-line with all of the statistics provided by the NCES).

So, could Dr. Peterson’s Self-Authoring intervention program be the answer for Latinos to close this educational attainment gap? Let’s hope so. It certainly shows promise and has proven results to boot.

According to the Self Authoring website, each program takes 4-5 hours to complete. They do not need to be completed all at once, sleeping between periods of work is actually recommended because it likely helps the process produce the changes in outlook and memory reorganization that it is designed to produce. You can do the programs in any order you wish.

The Self Authoring website has its own FAQ page for further questions about the programs.

In this article:Hispanics education, Latinos education

Noting the tech industry boom, the Hispanic Heritage Foundation is mobilizing a team of Latino coders to travel to underserved school districts to...