By Lief Simon
Special to CTLatinoNews.com

U.S. markets are heady and  uncertain. The most important agenda for any U.S. investor as we head into 2014,  therefore, is diversification, and real estate overseas is the best possible  diversification strategy. Foreign property diversifies not only your portfolio  and your assets, but also your life, your retirement, and your  legacy.

Where, specifically, should the would-be global property  investor target his attention? Here are the eight most interesting property
markets worldwide right now:

#1: Panama
I’ve been  touting the Panama real estate market for some time, including through the  global real estate bubble burst of 2008/2009. Six years ago, when everyone else  paying attention to Panama was insisting the market here would collapse, as  markets elsewhere were collapsing, I disagreed. Indeed, property values  in Panama never did collapse. The market in this country softened through 2012  then stabilized. Now we are at the start of another big run-up.   Indeed, in  the past six months, property values have appreciated in key areas, especially  along waterfront districts including Balboa Avenue, Punta Pacifica, and Costa  del Este. Strong demand from the United States, Canada, Venezuela, Colombia, and  European countries including Spain and the UK and a decreased supply of new  apartments for sale have driven up prices by as much as 10% since second quarter  2013.

That said, right now, even on trendy Balboa Avenue, good deals can  still be found. 2014 will be a game-changing year in this country,  especially in Panama City, as significant infrastructure projects come to  completion, including the capital city Metro and Phase 3 of the Cinta Costera,  and just around the corner is the expected completion of the Panama Canal  Expansion. New apartment inventory is low and immigration remains high as banks,  international corporations, and retirees continue to expand into this  market.

#2: Paris
Paris is one of the world’s most  proven rental markets and stores of long-term value. The French property  market took a hit in 2008 and 2009, but not nearly as big a hit as other  property markets in Europe and nothing like in Spain or Ireland. The Paris
market, in particular, recovered relatively quickly. Rural France has remained  flat since the downturn, but values in Paris saw reasonable growth in 2011 and  2012.

Now, this year, we have another softening, and right now is a good  time to be a buyer in Paris. Particularly of interest right now is Montmartre,  in the 18th arrondissement. This is one of the most active rental markets in the  city and a neighborhood that is attracting increasing investor attention. The  city recently invested 25 million euro in the renovation of Montmartre’s  art-décor Luxor theater, for example, which, now reopened, is serving as a base  for a localized transformation that is gaining momentum.

#3:
Uruguay
Pundits are speaking about the new asset class, farmland.  Farmland isn’t a new asset class; it’s the world’s oldest. However, it has
become very attractive in the past several years and is going to become more  attractive over the coming decade as the world’s population continues to expand.  We’re looking at a total world population of more than 9 billion people by the
middle of this century. This is translating to a global race for farmland, with  some countries (such as Brazil) imposing restrictions on foreign ownership of  productive land.

In this context, Uruguay stands out; about 95% of the  land in this country is farmable. Foreign and local investors are  treated the same in Uruguay; there are no restrictions on foreign ownership or  use of land. No exchange controls or currency restrictions either. Uruguay is a  foreigner-friendly, investor-friendly place and, as a result, has enjoyed the  highest rate of foreign direct investment per capita of all Latin America for  the past three years.

Uruguay’s farmland market is transparent. The  entire country has been surveyed for productivity levels. Each land parcel has
an ID number. You can plug this number into a map (available online: www.prenader.gub.uy/coneat) to see the productivity rating for  whatever piece of land interests you. The system amounts to an MLS for farmland  quality, making it uncommonly easy to compare all your options at once.

What could you produce? Almost anything you could imagine, from  agricultural crops (soybeans, wheat, rice, etc.) to cattle or sheep for dairy,  forestry (eucalyptus, pine), vineyards, olives, blueberries… None of these is  a new crop to Uruguay—5% of the world’s meat exports come from Uruguay; the  country has the two biggest paper mills in the world; and Uruguay is the world’s
sixth-largest exporter of soybeans and fourth-largest exporter of rice. If  you’re buying for investment, plant soybeans (to sell to China). If you’re  buying for investment and for fun, try a hobby crop, like blueberries or  grapes.

#4: Spain
Why did the global crisis of 2008  hit Spain so fast and so hard? Overbuilding on a massive scale. Developers  believed the planeloads of eager buyers were endless, and they were building to  supply that perceived potential. In 2006 alone, 800,000 homes were built in  Spain, more than in France, Germany, and Italy combined. A large percentage of  property owners who bought during the boom years were second-home or buy-to-let  investors; they didn’t have the stomach to hold on to their properties when they
saw prices falling. Many were British owners who had remortgaged a UK property  to pay for a Spanish one. With rising interest rates in the UK, it became  impossible for these British owners to hold on to their homes on the costas.  Some sold, some lost their homes, and the situation certainly deterred new Brits from shopping.

The scene on the ground along the coast of Spain today is  near-desolation and near-desperation. Massive numbers of properties are
available at hugely discounted prices. The average price of real estate in this  country has fallen by well more than 50% since 2006. It’s a classic crisis  market, meaning a market of opportunity.

Two areas to target in  particular:
Murcia. Paramount
Parks plans to develop their next big resort northwest of Cartagena. Estimates  are that it will attract 3 million visitors per year, and local press is  likening the park to Disney in Orlando. There are currently hundreds and maybe  thousands of properties on the market in the region. Look specifically at  property on the coast, for example on the Mar Menor at Los  Alcazares.
Barcelona.
The center of this city is divided into l’Eixample, El Raval, La Rivera (El  Born), Barrio Gotico, and La Barceloneta. El Raval used to be the rough part of  town and there remain streets to avoid. However, the government has created a  new ramblas here (La Rambla El Raval) and has given permission for a new luxury  hotel. El Raval is expected to develop as the next La Rivera—chic, creative, and  eventually expensive, but right now it’s not.
#5:
Philippines
The Philippines is a growing tourist market for the  region, an increasingly appealing destination (thanks to its low costs) among
Asia’s growing middle class, as well as a growing retirement destination among  Westerners. The expanding influx of foreigners of both those descriptions will  have a positive impact on real estate prices long term.
Note that this  country restricts foreigner property ownership to condos. This is ok, though, as  I see condo rentals, especially condo-hotel units, here as good buys.
One  particularly interesting market is Makati, an upscale district of Manila and a  good place to target for a rental investment.
#6: Medellin,
Colombia
For decades, Medellin served as the capital for the world’s  most notorious drug cartel, but that’s all history. As the stigma of  the drug wars diminishes and more people visit Medellin to see the city for  themselves, as more international businesses relocate to Medellin, and as  retirees discover all this city has to offer, real estate prices will pop,  making this one of a very few markets worldwide where I believe capital  appreciation is a reasonable short-term expectation. Values are up 15%, on  average, in the past two years and should continue steadily up at this rate.
Important forces at work in this market are the foreign mining and  oil industries, which have helped Colombia’s economy to continue to expand even  while much of the world struggles through recession and worse. Executives  working for these foreign outfits operating in Colombia need furnished rentals  for anywhere from a month to a year. They want high-quality properties in
convenient, central locations, and they are on expense accounts, meaning they  can afford to pay for what they want, meaning net rental returns can reach 10%  per year and more.
#7: Timber
Historically, timber  has enjoyed the best risk/reward ratio of any investment sector. Depending on  whose chart of historical returns you consult, timber as an asset category has  produced an annualized ROI in the range of 12% to 15% per year every year since
they started keeping records of investment risk versus return. It’s a  low-volatility hedge against inflation and an asset class that operates  independent of the stock market.
On top of this, timber is a commodity  that will always have a market and that doesn’t have to be harvested at a  particular time. That means that, if prices for your wood are less than you want  or expected them to be, you can leave your trees in the ground so they can  continue to grow until prices reach a level you like better.
For my  money, teak is the surest timber investment you can make. Today, teak  plantations can be found in a band around the earth between 20 degrees north and  20 degrees south of the Equator. This includes Southeast Asia, India, Central  America, Brazil, and parts of Africa. Taking a look at a world map and all  things considered (the ideal growing requirements, the ease of investment, the
cost of investment, the opportunities for investment, and the tax implications),  Panama jumps out as a top choice for investing in teak. This country is one of a  handful of places in the world where you can grow premium teak trees. In  addition, Panama is very pro-investor, home to a number of managed plantations,  and, because it is interested in promoting forestry, makes the proceeds from  related investments tax-free.
#8: Malaysia
A  foreigner can own property outright in Malaysia. This simple but critical fact  sets this country apart in this region. Malaysia is also a regional and  a global hub, for trade and for business. The country is an expat melting pot  for the region, with big numbers of expats both from all over Asia and, to a  lesser extent, the West. Because it is a former British colony, English is  widely spoken, so you don’t have to worry about trying to learn to speak  Malay.
Target the Johor Bahru area, bordering Singapore. Singapore has  limited space to expand so more and more people are living in Johor Bahru and  commuting across the border. As a result, real estate values on the Malaysia  side are appreciating quickly.
Lief Simon has lived and worked on  five continents and traveled to more than 40 countries. An international
investor, he has personally bought and sold property in 16 countries. In 2008 he  launched www.liveandinvestoverseas.com with his wife, Kathleen  Peddicord.
Photo: www.liveandinvestoverseas.com 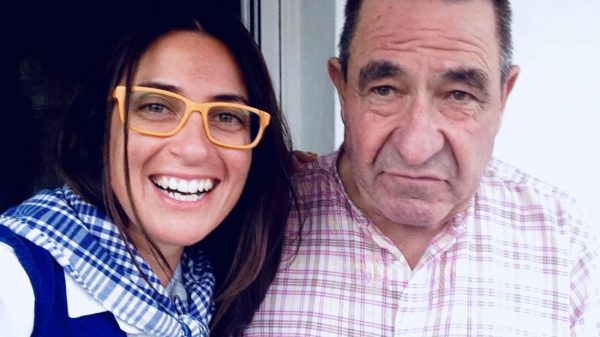 It’s been a rough couple of years for Spain: the country’s economy is in shambles, Catalonia wants to leave the nation, the men’s...

The massive crop vaulted Spain to the world’s biggest wine producer, forcing its vintners to compete abroad in a tough market to sell off the surplus....