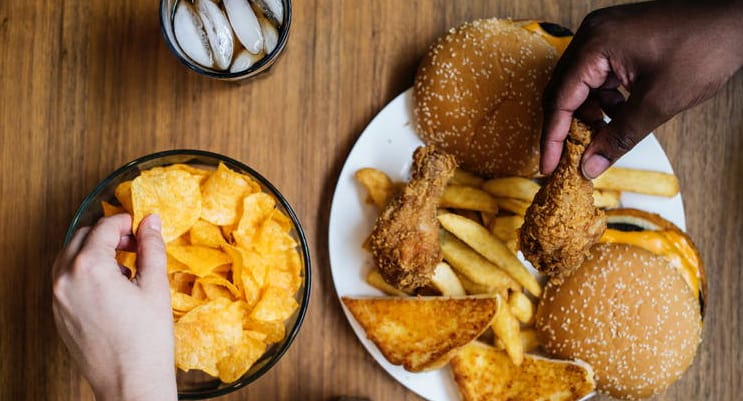 From 2013 to 2017, spending on TV advertising for restaurants, food and beverages decreased by 4 percent overall, the researchers found, while spending for programs directed at black teens increased by 50 percent — from $217 million to $333 million — underlining the disparity in exposure to advertising between white and black youth.

The report also found that Hispanic children and teens viewed on average 2 more Spanish-language food ads, in addition to English-language TV ads in 2017.

“Food companies hardly ever market fruit and vegetables, water or healthy juices,” said Jennifer Harris, a lead author of the study and director of marketing initiatives for the Rudd Center for Food Policy and Obesity at the University of Connecticut. “The money put towards such advertisements is less than 3 percent for the general population and less than 1 percent to blacks and Hispanics.”

Researchers from the University of Connecticut, Drexel University and the University of Texas Health Science Center looked at 32 restaurants and food and beverage companies that spent over $100 million each on total TV advertising in 2017.

In total, the food companies spent $11 billion on advertising that year, with 80 percent spent on ads for fast food, candy, sugary drinks and unhealthy snacks.

McDonald’s, Subway, Wendy’s, and Taco Bell ranked at the top…