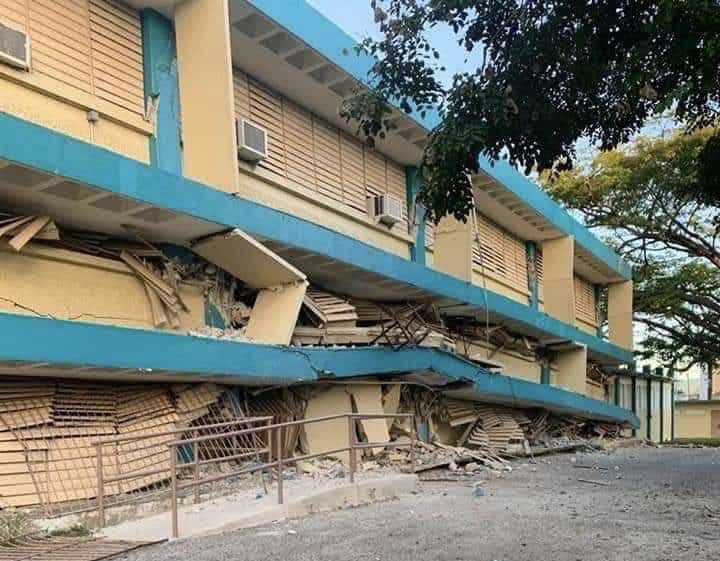 It didn’t take long for some of the strongest earthquakes in Puerto Rico’s history to have a ripple effect in Connecticut.

Shortly after several strong tremors – part of a series of shocks that began after Christmas – convulsed communities along the territory’s south coast in early January,  Puerto Rican students began relocating to Connecticut and enrolled in schools in several cities with large Hispanic populations, topped by New Haven and Hartford.

As of late January, 40  students displaced by the tremors had been enrolled in Connecticut schools. However, the exodus appears unlikely to match the massive relocation after Hurricane Maria two years ago.

Within a month of the deadly hurricane’s rampage through several Caribbean islands in September 2017, 550 students, mostly from Puerto Rico, had enrolled in Connecticut schools and by May this total was more than 2,000, said Connecticut State Department of Education (CSDE) public information director Peter Yazbak.

The five districts which took in the most displaced students after Maria reported the following new arrival totals after the quakes: Hartford, 10; Waterbury, 8; New Britain, 9; Bridgeport, 0; New Haven, 11.

“It is definitely not the influx we saw during Hurricane Maria, said Joseph Rodriguez, a state Hispanic activist and a deputy state director for U.S. Senator Richard Blumenthal. ”Though,” he added, “ This may change as individuals debate leaving the island and/or secure a flight.”

Since Dec. 28, more than 2,000 tremors, the most powerful a deadly 6.4 magnitude quake on Jan. 6, have caused widespread destruction and fear in Ponce, Guanica, Yauco, Guayanilla, Tallaboa, and other towns along the island’s the epicenter off the south coast.

As the new crisis emerged, school leaders in Waterbury and New Haven indicated they had mechanisms in place to deal with the situation and some even placed a welcome mat out for the displaced Puerto Rican youth. (See CTLatinoNews.com: Connecticut schools ready to accept Puerto Rican students displaced by earthquakes)

The  Hartford Public School system reported it was well-equipped to handle new arrivals with Hartford Superintendent Dr. Leslie Torres-Rodriguez activating a district team to deal with the expected displaced students and the district’s Welcome and Enrollment Center prepared to accommodate newcomers.

“We have students who come into the district all year long and many times from other countries,” said John Fergus, HPS communications and marketing director.

In Hartford, where a fifth of the population is foreign-born, and this does not count the highest concentrations of Puerto Rican of any major mainland city, the school district is accustomed to enrolling new arrivals from outside Connecticut.

“The students received after the hurricane was a large amount but it was handled well,” Fergus said, who added that 180 of the 450 displaced students who came to Hartford two years ago remain in city schools. Most of the newcomers were Puerto Ricans.

One of Hartford’s major assets is its Welcome and Enrollment Center located at 960 Main St. The center will manage registration and school assignment, and also can provide students with supplies, uniforms, backpacks, winter coats, and other needs, Fergus said.

The center also will provide displaced families with information on how to access other resources that may be needed and is open from 8 a.m. to 4 p.m. weekdays.

How many more Puerto Ricans will migrate to Connecticut and other states is uncertain with conditions in several towns along the territory’s hard-hit south coast in a state of flux, exacerbated by almost daily aftershocks.

A major difference between the aftermath of the two tragedies is the extent of the damage and trauma. The earthquakes mainly affected the south/southwest region of Puerto Rico, whereas Hurricane Maria had a significant impact on the entire island.

The U.S. Census Bureau estimated that around 130,000 Puerto Ricans moved off the island between July 2017 and July 2018. It was also estimated that 13,000 people came to Connecticut, most settling in the Hartford area where volunteers worked to relieve some of the strain on housing and to provide resources for the newcomers to continue the education of the younger arrivals.

“The district hired the additional bilingual staff members that were needed, worked hard with transcript evaluation, connecting students and families with support services and resources,” Fergus said. “We partnered with higher education for graduating seniors interested in college, and much more.”

To deal with the current influx of Puerto Rican students, the CSDE under Commissioner Miguel Cardona quickly sent out an advisory offering assistance and guidance to districts who enroll students displaced by the earthquakes.

In particular, the state agency expressed concern about the psychological impact of the major tremors and numerous aftershocks on the children arriving in Connecticut.

“We must also remember that these children have experienced trauma that will require support around Social Emotional Learning,” the department said in an advisory offering technical support to local districts in “trauma-informed education” and the best strategies for supporting new students who are learning English.

The CSDE said districts can receive technical assistance and guidance regarding trauma-informed education by contacting Kim Traverso at (860) 807-2057 and kimberly.traverso@ct.gov. Guidance on language services, as well as best strategies for supporting students who are English learners, are available from Megan Alubicki Flick at (860) 713-6786 and megan.alubicki@ct.gov.

The need to deal with post-quake trauma was underscored by CBS news correspondent David Begnaud, who reported on social media Jan. 14 that psychologists and other mental health providers are needed for earthquake survivors in San German.

“I spoke with the mayor and that’s the only thing he asked for. ‘His people,’ he said, need therapy,'” Begnaud said.

Another red flag was raised by Ivelisse Hernández Villanueva, who responded on Facebook to Begnaud’s post. “Me and a group of volunteers… we just went today to Guanica, Yauco, and Guayanilla and indeed the level of stress is such that as soon we were greeting all these amazing people, they were in tears. These people are having panic attacks, anxiety, and related issues.”

Researchers from the Puerto Rico Department of Education and the Medical University of South Carolina reported about nine months after the storm hit the island that a third of the children they surveyed exhibited strong predictors of Post Traumatic Stress Disorder and 7.2% showed “clinically significant” symptoms of PTSD.

The CSDE is also offering support for districts needing state and federal aid, which took months to arrive after the hurricane and did not fully reimburse some districts.

For example, Hartford reported its outlay as approximately $3.5 million and ultimately received $2.2 million in federal emergency funding and another $500,000 allocated to the district from state.

New Britain, which took in 270 students with nearly half still in its schools a year later, reported its costs were about $2 million and its federal reimbursement was about $1.3 million

In an advisory in early January, the CSDE said it “will also work closely with the governor’s office, the legislature, and members of Connecticut’s congressional delegation to identify and advocate for state and federal funding to ensure districts will be able to obtain the fiscal support – as it becomes available – in order to cover the costs of serving and educating this new population.”

The state agency also said that districts that need help navigating federal agencies should contact the offices of Senators Blumenthal and Chris Murphy.

Publisher’s Note: CTLatinoNews and CTNewsJunkie are proud to announce a new collaboration focused on news coverage of the ongoing disaster recovery crisis in Puerto Rico.

While the news cycle in the United States has been dominated by coverage of the ongoing impeachment process in Washington, the Commonwealth of Puerto Rico has been struggling through multiple natural disasters and, as a result, major political turmoil as well.

The ongoing recovery from Maria has been hampered by additional storms, the worst earthquake in the island’s history, and a number of failures within the government’s effort to distribute supplies to disaster-stricken areas. As a result, many are newly homeless and protestors are demanding action at the island’s Capitol.

Here in Connecticut, we have found that there is very little news coverage available regarding the island’s ongoing crisis. And since there are so many Puerto Rican families here with concerns about their extended family members on the island, we have reached out to reporter Angélica Serrano-Román to provide us with a few news stories to help keep us up to date.

Connecticut’s ties to Puerto Rico are significant – many residents split their time between here and with their families on the island, and 53% of Connecticut’s Latinos are Puerto Rican. The Nutmeg State was home to over 298,000 Puerto Rican residents in 2016 – 8.3% of the state’s overall population – and the U.S. Census estimates that another 13,000 people moved here from the U.S. territory following Hurricane Maria in 2017. But most importantly, the island’s ongoing crisis is monumental. We want to tell that story.

In this article:puerto rico earthquakes, schools 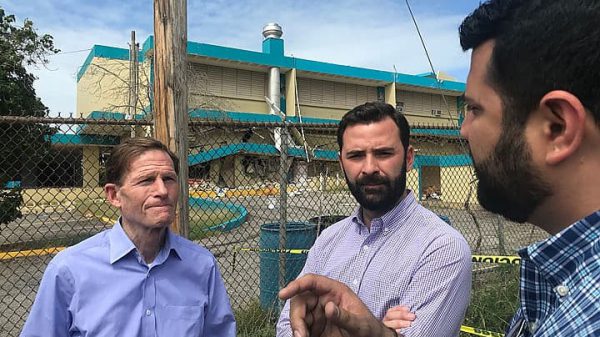