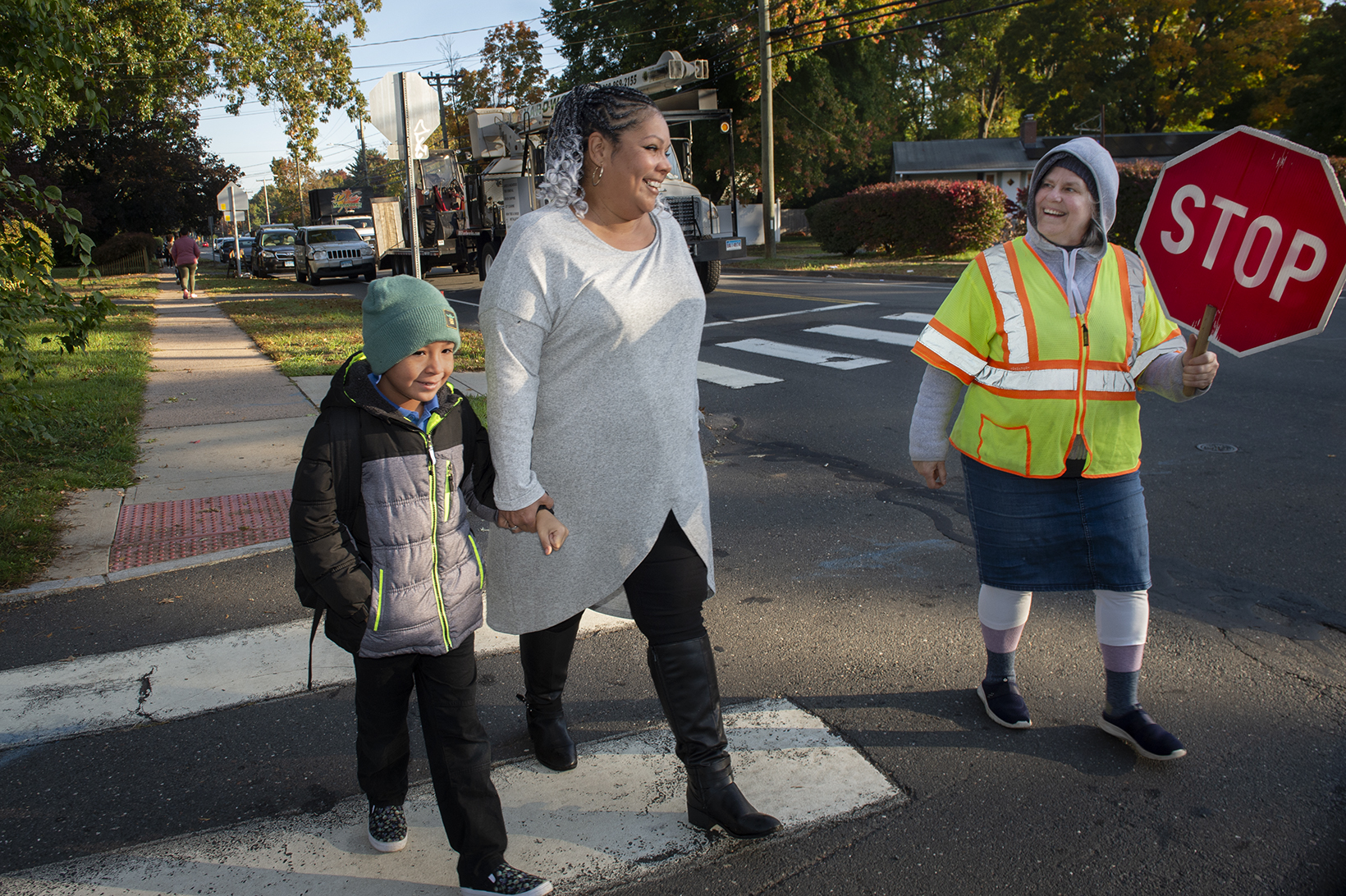 Maria Cotto, of East Hartford, says good morning to crossing guard Wendy Gabriel as she walks her grandson, Percy Diaz, 7, to school. Cotto, who has asthma, does this every morning. [Melanie Stengel Photo.]

Kamyle Dunn used to sleep with her hand resting on her mother’s chest so she could feel it expand and contract and know that her mom hadn’t stopped breathing during the night.

Dunn’s mother, Maria Cotto, has long had severe asthma. Dunn inherited the condition, though she has mostly grown out of it as an adult. Now, Dunn’s 12-year-old son also has severe asthma.

Asthma does not impact all people equally.

“In the state of Connecticut, similarly to other states in the country, this condition disproportionately affects minority populations, including African Americans and Hispanics,” said Dr. Mario Perez, an assistant professor of medicine at UConn Health who studies asthma disparities and who Cotto sees for her asthma.

Connecticut has long been known as the “tailpipe of the nation” due to pollution that drifts in from other states. The 2022 State of the Air report from the American Lung Association gave every Connecticut county a poor grade for ozone levels. Fairfield, Middlesex, New Haven and New London all received a grade of F, while Tolland and Windham counties received D grades, and Hartford and Litchfield were each given a C.

“We know that environmental factors, particularly factors such as air pollution, can be associated and contribute to the disease and to disease flare,” Perez said.

A 2009 study of New Haven County children recruited from the Yale Asthma Care Center found an increased risk of symptoms and inhaler use in children with asthma who had exposure to traffic-related fine particles.

Additionally, some research has suggested a link between crime and asthma rates, which highlights the need for healthier communities overall. “Having the sense that your neighborhood is more secure actually decreases the rate of asthma and asthma exacerbations,” Perez says.

Robert Carmon, 11, who recently moved from New Haven to West Haven, developed asthma as an infant and was rushed to the hospital by his parents on a near-weekly basis during the early years of his life. Robert has improved since C-HIT first reported on him in 2018, but the condition still impacts his life. He’d like to play on the basketball team at school but can’t because he worries his asthma will flare up. “I can play pickup games as long as I don’t play too hard,” he said.

The frequency of his trips to the emergency room has decreased, but he still goes to the hospital about once every month or so, said Robert’s father, Chaz Carmon.

Stories such as Robert’s are common in Connecticut cities. In recent years they have ranked high in the Asthma and Allergy Foundation of America’s annual Asthma Capitals Report, but this year saw marked improvement. Hartford moved from 17th worst to 69th on the list, Bridgeport dropped to 85th, from 29th in 2021, while New Haven dropped from 5th to 90th.

“New Haven saw the biggest positive jump in rank of all the 100 metropolitan statistical areas that we analyze,” said Hannah Jaffee, a research analyst with the Asthma and Allergy Foundation.

However, people shouldn’t read too much into the improved rankings because this year’s list was created based on different data sources than previous years. For example, insurance claims were examined instead of the self-reported surveys used previously. In addition, more localized data was utilized rather than the county-level data used for the report in previous years.

Even still, Jaffee said, the three most populous counties have seen some improvement.

“When we do look at the county-level data that we previously used asthma prevalence rates for Fairfield, Hartford and New Haven county, they’ve all declined over the past five years,” she said. The death rate has also generally declined in those three counties over the past 20 years, Jaffee added.

Proven strategies for reducing asthma incidence and severity include working to ensure all residents have access to culturally competent health care and improving indoor and outdoor air quality for those in cities.

“Asthma triggers can be mitigated through housing quality improvements like better air conditioning filters and education for families about what the triggers might be. If you’re running a gas stove for cooking, and you don’t have good ventilation, it’s producing a lot of air pollution inside.”

The Connecticut Asthma Program is a state-run initiative attempting to decrease asthma disparities through partnerships with health care providers while providing education about the condition and expanding access to Connecticut’s asthma home visiting program. The state has also promoted the Centers for Disease Control and Prevention’s (CDC) EXHALE framework for asthma management.

Perez says that the most effective interventions will take place before a patient ever arrives in front of him. “I think we as a society have to address everything from the environmental pollution and climate that we’re creating as humans to improving education and access to health care, but also improving the socio-economic status of the population in general.”

In the meantime, some say more can be done individually to help those with asthma. For instance, while Robert’s current school allows him to keep his asthma pump on hand, he wasn’t allowed to do that in the past. “They always said you have to keep your bag in your locker,” he said. That could cause asthma attacks to get out of control before he could get to his pump.

His father adds that each school should have a nebulizer in the nurse’s office with staff trained to administer asthma medication. That way, a student “can be on the nebulizer at least until the parents get there,” Carmon says, and if the nebulizer helps enough, the student might be able to return to class.

Cotto says it’s important for medical staff to remember that each patient is different. Cotto horrifyingly learned this when she was given epinephrine during an emergency asthma flare. While the medication can be helpful to some patients, it nearly killed her.

“I’m allergic to it. When they administered it to me, my heart stopped,” she said. When this happened in 2013, she ended up in a coma for 22 days.

After Cotto’s coma, her asthma worsened, and she could not leave the house without oxygen for many years. In 2014 she began seeing Perez, who took the time to figure out her specific triggers and a treatment plan that worked for her. Though she struggles at times, her asthma is more under control than it has been in years.

“He tried a whole bunch of different medications and finally found one that works for me,” Cotto says. “I’m actually able to leave the house without oxygen.”  That’s something she hasn’t done for nearly a decade.

You can find out more about asthma in Connecticut and asthma management in general by visiting the following sites:

All photos by Melanie Stengel. 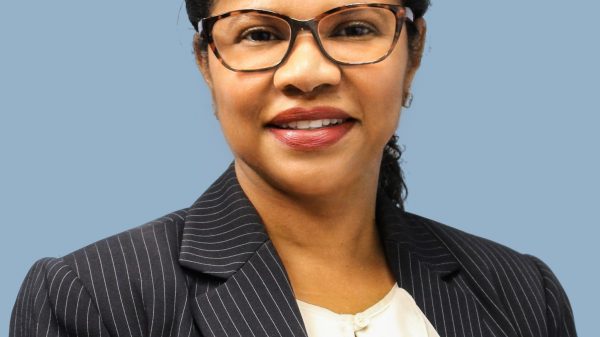