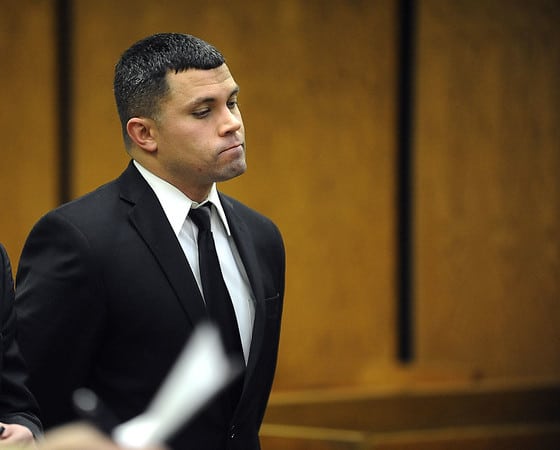 A Hispanic police officer filed a federal lawsuit against the city of Bristol and its police chief Brian Gould alleging that fellow officers and supervisors disciplined, harassed and retaliated against him because of his ethnicity.

In the lawsuit filed this month, officer Adam Quinn said his work was scrutinized by colleagues and Internal Affairs repeatedly and falsely investigated him because he is a minority officer in an overwhelmingly white police department, according to Connecticut Law Tribune.

The complaint alleges violations of Title VII of the Civil Rights Act of 1964 and the Connecticut Fair Employment Practices Act. It claims “the defendants recklessly, intentionally and maliciously discriminated” against Quinn and treated him differently than other employees.

Quinn, a seven-year veteran of the Bristol Police Department, said two officers filed a false complaint against him, leading to his arrest and a 30-day suspension. In 2016, local media reported that Quinn had an arrest warrant issued against for second-degree breach of peace related to a workplace threat. In addition, it was reported that Quinn was suspended for insubordination, as well as charges related to improper use of force.

However, a clerk with the New Britain courthouse told Connecticut Law Tribune that there was no public record of the outcome of the charge.

Quinn said bigotry prompted the charges against him.

According to the lawsuit, colleagues made derogatory comments, citing an example of a supervisor who allegedly said, “Hey, we just arrested another Jose and maybe we should send his wetback ass back to Mexico.”

According to the lawsuit, the police department has 122 employees, but only two black and two Hispanic officers, including Quinn.

The lawsuit cited an alleged department edict to scrutinize Quinn’s response time to police calls “so they could fabricate discipline against” him.

“The plaintiff has been disciplined more harshly than non-Hispanic officers regarding the use of force,” the lawsuit claims.

At one point, according to the lawsuit, a senior member of the department “ordered its white, non-Hispanic personnel to document every little thing on Quinn so that it could further discipline him, up to termination.”

The city and Gould are being represented by David Monastersky of Howd & Ludorf.

Quinn is represented by William Palmieri.

The lawsuit seeks compensatory and punitive damages as well as attorney fees.

Quinn remains on the police force.

By Brian Woodman Jr. CTLatinoNews.com   Patricia Guzman, whose family owns the Monterry Mexican Restaurant in  the center of Bristol says when they first...