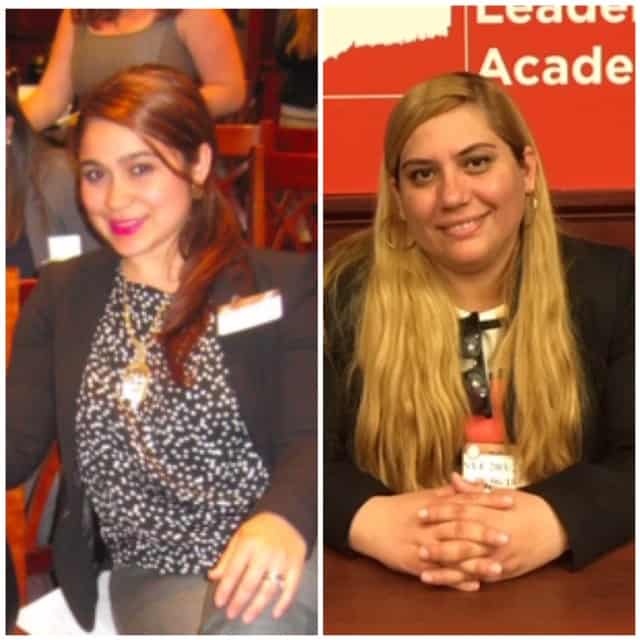 It has been said, “You can’t be what you can’t see” and the Latino Leadership Academy, the brainchild of Sen. Chris Murphy (D-CT), aims to make political careers something Latinos can not only see … but see with eyes wide open.

In Connecticut, growing at a rate of 12 times the general population. The Latino population is now around 16 percent of the total. However, this isn’t reflected in positions of power, where (according to the National Conference of State Legislators) only 7 percent of the state’s members of the General Assembly are Latinos; no member of the state’s congressional delegation is Latino. The statistics are even slimmer for women of color.

Murphy said he launched the Latino Leadership Academy (in 2017) with the Connecticut Democratic Hispanic Coalition to encourage Latinos to get involved in politics. Many graduates have gone on to be involved with their communities in various ways.

There are two Leadership Academy graduates, in particular, who are exploring their role as not only as a disenfranchised group but as women leaders and have, since graduating, been inspired to share and empower other women to do the same.

“I have a passion for helping people and I want to make a difference in people’s lives and advocate for Latinos and minorities in the community.”

Milagros Acosta and Angela Peralta were both graduates of the 2018 Leadership class. (The academy was in its second year.) Acosta says she saw information about the academy on Facebook and said to herself, “I have a passion for helping people and I want to make a difference in people’s lives and advocate for Latinos and minorities in the community.”

Peralta had a similar mindset, saying, “I’ve always been very motivated to make a difference in this world and help others find a way to do so as well. Helping others succeed is really satisfying for me.”

Both Milagros and Peralta had an innate public servant mentality going into the academy, and when they came out, not only are their leadership skills were sharp and focused but they have been filled with a sense of “anything is possible.”

“Yes, I believe that,” Acosta says. “Everything is possible.”

Peralta says, “You can accomplish anything you want. I truly do believe that. But you have to be positive and you have to work. Sometimes you have to suffer in life to be successful, but if you try hard enough, you will succeed.”

So what do these two positive, ambitious Latinas want to do now?

Milagros has become a very active member of her community, in the Democratic Town Committee, was part of the West Hartford Police Department Citizens’ Police Academy in the fall, and is pursuing her master’s degree. However, she says that one day she would love to run for office and change the way women are viewed by society in politics.

She goes on to say, “By nature, Latina women are more nurturing, protective, caring and strong. I think they are qualities that are needed in our society. They bring a different perspective to government … I would like to see a substantial change getting rid of racism, sexism and the negative view on the immigrants who are hard workers and decent people. So, yes, I still believe that ‘anything is possible’ because look what happened in our congress in the last elections. We saw a record win for women who made history in the midterm elections.”

She says she has been inspired by last years outcome and moving forward she relies on her strong foundation. “I am a kind, caring, strong and spiritual woman who always tries to see the positive in people,” Acosta says. “My life has not been easy; I have been through hard things but I always remember the words of my parents: ‘Fight for your dreams; educate yourself as much as you can; always treat people with dignity and respect, and never forget where you come from and your roots.’”

Peralta is also focused on fighting for her dreams, which include fighting for women and minorities as well. She says she is waiting on her political career at the moment, but still heavily involved in the community. She plans to attend the Latinas & Power symposium this year. She also informs that she and other Latinas have been working on forming their own Latinas in power social group.

“The academy really helped me see what was possible and empowered me to even consider doing a Latinas group,” Peralta explains. “It really showed me the underbelly of politics and the day-to-day operations but most importantly it allowed me to network and meet people, diverse, interesting people, and women who I am doing this group with. And I do think it is extremely important to have leaders that represent you, that you can see yourself in, and that can speak for you. … This may seem off-topic,” She continues, “but recently I was watching the Miss Universe pageant and the woman who won was a beautiful black woman with short hair. She wasn’t this traditional idea of beauty with long flowing hair, but she was very articulate when she spoke, presented herself incredibly well, and was just an amazing woman. And when she won I cried. And I cried because we are changing how the world sees beauty, how the world sees women, and that gives me hope. We have to continue working towards a better society, and the only way to do that is to be involved, and being a leader means helping others find ways to be involved too. And I definitely want to continue to do that.”

In this article:Latino Leadership Academy