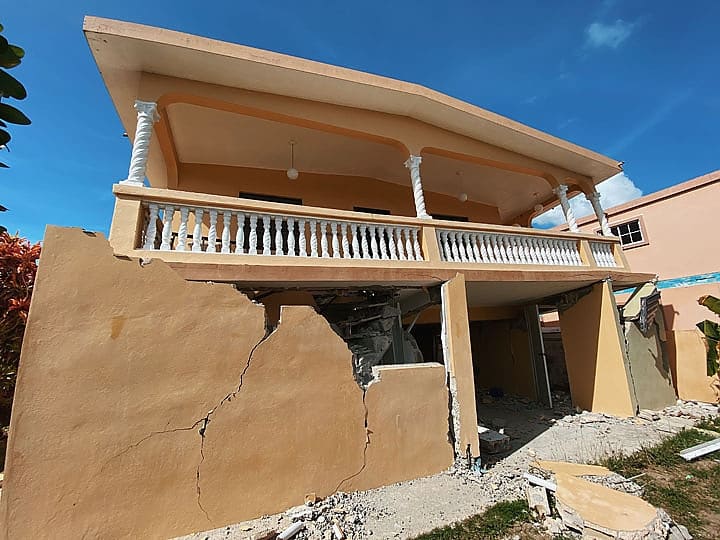 SAN JUAN, PR – Puerto Rico is still fighting for recovery funds as aftershocks from the series of earthquakes that began Dec. 28, 2019, continue to rumble periodically, keeping residents on edge and wondering what is coming next.

The worst quakes in the series – a 5.8 magnitude trembler on Jan. 6, a 6.4 on Jan. 7, and a 5.9 on Jan. 11 – have returned the south region of the island to disaster status, even as residents still face an uphill recovery from Hurricane Maria.

According to Puerto Rico’s Department of Housing, the agency is managing 12 shelters with 792 refugees. Another 584 refugees are in 19 shelters not managed by Housing. Most of the refugees didn’t lose their homes, but instead are afraid that the structures are not safe because of quake damage.

As of Monday, Puerto Rico’s Emergency Management Department had inspected 25,024 residences and public structures for quake damage. Of those, 2,218 are listed as uninhabitable, and 5,203 are “at risk.”

However, some of the needed federal relief funding cleared the first hurdle Friday when the Democrat-controlled U.S. House of Representatives passed HR 5687, the Emergency Supplemental Appropriations for Disaster Relief and Disaster Tax Relief Act, for the fiscal year ending September 30, 2020.

The bill – which still needs the approval of the Republican-controlled Senate followed by President Donald Trump’s signature – would provide $4.67 billion for educational needs, infrastructure repairs, and community development activities. This emergency supplemental appropriation is in addition to funds already allocated – but not totally disbursed – by Congress for Puerto Rico’s recovery from Hurricane Maria.

HR 5687 was passed by the House on a 237-161 vote, of which 220 votes were from Democrats, including the entire Connecticut delegation. One independent member and 160 Republicans voted against the bill; 31 members, including 11 Democrats and 20 Republicans, did not vote.

HR 5687 was introduced Jan. 28 by House Appropriations Committee Chairwoman Nita M. Lowey (D-NY) and was received and read for the first time on Monday in the U.S. Senate.

Also on Monday, Connecticut’s entire congressional delegation and governor sought to help the island by sending a letter, signed by all of them, demanding that the U.S. Department of Housing and Urban Development (HUD) released $16.5 billion in previously allocated, but as-yet undisbursed, Hurricane Maria relief funds to assist in the emergency.

“The federal government has an obligation to treat Puerto Rico like every other state and territory. Our fellow Americans on the island have every right to access disaster funding free from egregious, unique, and discriminatory preconditions or delays.  We demand that HUD cease its obstruction and amend the grant agreement to withdraw current restrictions immediately,” the officials wrote.

In its initial version, the bill didn’t include funds for disaster nutrition assistance. In a letter addressed to Chairwoman Lowey on Jan. 21, the resident commissioner emphasized that “nutritional assistance and food security are an integral part of any recovery.”

González cited estimates of Puerto Rico’s Nutritional Assistance Program (NAP), which indicated that close to 290,000 residents will need additional assistance based on their current circumstances.

After receiving the letter, the House Appropriations Committee included $40 million for nutritional assistance.

However, Puerto Rico Gov. Wanda Vázquez sent a letter to the House Appropriations Committee on Jan. 30, affirming that the $40 million included for the nutritional assistance “will not fully provide for Puerto Rico’s nutritional needs.”

In her letter, she requested increasing the allocation from $40 million to $210 million.

On Feb. 7, the House Appropriations Committee approved González’ amendment on a voice vote to increase nutritional assistance. She admitted that she wasn’t specific in her initial funding request.

The resident commissioner indicated that there are 92,000 children in the affected population who are NAP participants.

She also said that, during that time, the head of Puerto Rico’s Department of the Family, Glorimar Andújar, was fired after the discovery of undistributed emergency supplies in a warehouse in Ponce.

“We were working with the Department of the Family in terms of statistics, to know how many people were affected. But when she left the government, I didn’t find the written data. Puerto Rico’s Food Security Coalition made a study of the people affected,” González said.

Annually, the local government receives between $1.8 billion to $1.9 billion for NAP, she added.

What’s In The Bill

A total of $15 million was designated for technical assistance and the electrical grid’s recovery; $100 million for the educational needs of those affected by the emergency; $1.25 billion for repairs to road systems damaged by recent disasters; and $210 million for disaster-related nutritional assistance. Another $3.26 billion in Community Development Block Grant-Disaster Recovery (CDBG-DR) funds were included for disaster relief, restoration of infrastructure and housing, economic revitalization, and mitigation.

Among other things, he emphasized that “these people” don’t pay federal income taxes, and now Congress wants to grant a credit for work financed by the Treasury Department.

González explained that generally when a bill like this one is filed, they do a bipartisan bill or at least one that has been previously consulted, but that didn’t happen. “That was one of the initial criticisms. There was no consultation in the Committee [between Democrats and Republicans].”

“Education is needed in the Senate,” she added.

“Puerto Ricans only benefit if they have three or more children at home [with the CTC]. If the bill is approved, they will be eligible regardless of the number of dependents,” she said.

If a Puerto Rican taxpayer’s income comes from a salary on the island, they can get a credit on the federal return (1040-PR), up to $1,400 per child, if they have three or more children. In mainland states, families can receive up to $2,000 per child.

Donna Shalala (D-FL) also introduced an amendment to allocate $1 million to study the impact of the earthquakes and other catastrophes on students, from how it has affected their education and mental health, and how to manage these events in the future.

On Jan. 31, the Puerto Rican government ran out of time to make full use of a $260 million “emergency fund” controlled by the Financial Oversight and Management Board (FOMB) for earthquake relief, and the Board has declined requests to reopen the fund for use without pre-approval.

The FOMB had made the funds available for use, without requiring prior authorization, from Jan. 7 through Jan. 31.

“In that letter, we clearly indicated that the reserves remain available for necessary reasonable earthquake-related expenses on a case-by-case basis going forward,” stated the FOMB in a press release on Sunday.

Gov. Vázquez announced on Saturday that the government only used $103 million, and alleged that the FOMB was creating bureaucracy.

“Allegations that the Oversight Board has introduced too much bureaucracy at a critical time are simply untrue. The process in place requires submission to the Oversight Board of PREMA Form 113 (which is already required for the Office of Management and Budget to authorize the transaction), plus the simple completion of an Emergency Reserve Request Form showing amount, spending agency, and purpose of funds.”

According to the FOMB, they have only received 10 petitions from the local government to disburse emergency funds after the deadline, of which nine are already approved.

Publisher’s Note: While the news cycle in the United States has been dominated by coverage from Washington, Puerto Rico has been struggling through multiple natural disasters, political turmoil, and ongoing protests. With over 300,000 Puerto Rican residents in Connecticut, CTNewsJunkie and CTLatinoNews are collaborating to help our readers understand the severity of the crisis on the island, and how it is impacting both the commonwealth and our state. Here is the third story in our occasional series: 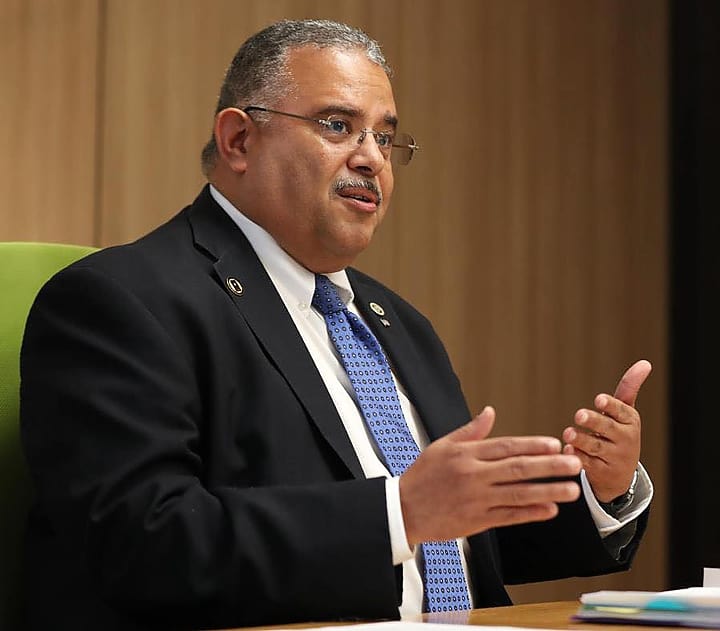