Travelling to and from Mexico may start costing more than just gas money.
The Department of Homeland Security could start charging a fee to cross the U.S. borders in both Mexico and Canada, a report from FoxNews Latino said.
According to the report, those walking and driving across would pay the fee to officials at the border, while those crossing by sea or air would see an additional $7 to $9 fee.
However, opponents of the proposal claim the new fees will hurt both travel and the economy.
The fees, which would raise $350 million in revenue, would be used by DHS for making improvements along the border, new technology, as well as add 3,000 Customs and Border Patrol officers.
Ken Oplinger, CEO of the Bellingham and Whatcom Chamber of Commerce and Industry in the state of Washington, said the fee would cause people to stop crossing the border altogether. The time it takes to collect fees would also cause traffic jams for those who do choose to cross, he added.
Critics say the U.S. should be making travel across the border “easier, not harder”, the report said.
Despite that,  DHS Secretary Janet Napolitano said the financial reward is too great to ignore.
“Processing the more than 350 million travelers annually provides nearly $150 billion in economic stimulus, yet the fees that support these operations have not been adjusted in many cases for more than a decade,” she said.
(Photo by dmealiffe via Flickr)

In this article:Department of Homeland Security, U.S. Borders 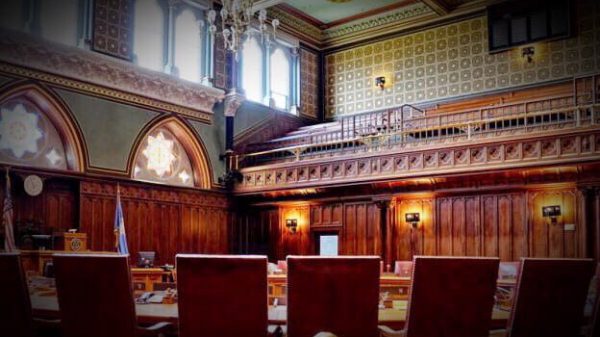 “The ability to do local policing is impacted when immigrant communities actually look at them as federal ICE agents" Sen. Saud Anwar, D-South Windsor

Teacher Creates A Latino Superhero Who Fights For Immigration Rights

With both politicians and civilians holding strong opinions about how to regulate the U.S.-Mexico border, immigration can be a touchy topic. Hector Rodriguez, a...

More Children Are Attempting To Cross The Border By Themselves

The number of kids attempting the dangerous journey by themselves has tripled. Enedelia Arriaga* set off on the six-week journey along the migrant trail at...