A mother with two broken fingers walked into the doctors office at the South Texas Family Residential Center and walked out only with instructions to “tomar más agua” (drink more water). A nine-year-old boy who shrieked during the night from the pain of a dislocated shoulder was told by doctors to do the same thing. Two hundred and fifty children were accidentally given the wrong vaccine.
These claims, along with dozens of other complaints of medical neglect, are outlined in 28 medical affidavits obtained by Fusion from a brand new family detention center that holds about 2,000 migrant mothers and children fleeing violence and seeking asylum in the United States. The affidavits paint a picture of a facility where medical professionals are severely understaffed, wait times for care can exceed six hours, and children and mothers are routinely turned away without treatment.
On Monday evening,  ICE spokesperson Richard Rocha said that family detention facilities would finally begin releasing some immigrant women and children who had passed the first step of the asylum process. The promise, which comes nearly a month after the policy change was announced, is too little, too late, according to advocates. The agency says all family detention facilities will remain in operation.
A ‘GOLD-PLATED’ PRISON

Detainees are issued jeans and monochromatic t-shirts instead of jumpsuits. Prison pods go by cutesy names like Yellow Frog,…..

In this article:immigrant Detention Centers, Medical care for the undocumented 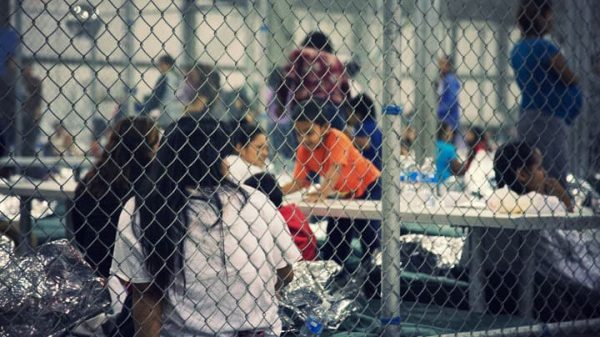