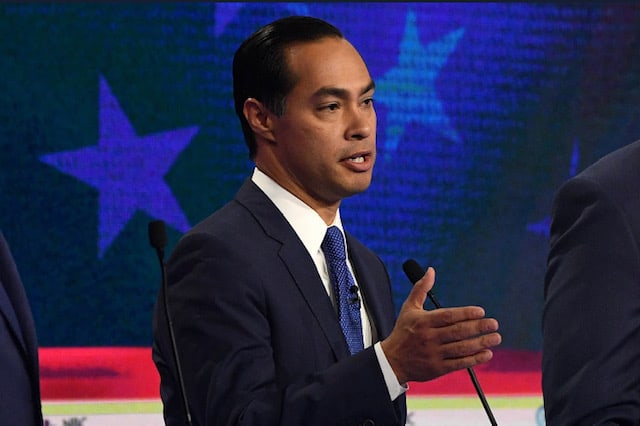 It was clear after the first round of Democratic presidential debates at the end of June that former U.S. Housing Secretary Julian Castro’s performance resonated with many Latinos in Connecticut.

Beyond the Texan’s Hispanic background as a twin son of an immigrant mother from Mexico, Castro was the only candidate of the 20 candidates paraded out for public inspection at the Miami debates who mentioned Puerto Rico and offered what some Connecticut Latinos saw as concrete proposals to deal with the immigration crisis at the southern border.

However, it was not a good night for the two front runners, former vice president Joe Biden and Sen. Bernie Sanders with one Latina suggesting these assumptive “torch” carriers are among those hopefuls who can “go home and enjoy the summer.”

But what also emerged as ­Latino political, cultural and community leaders shared their thoughts on the first debate is that they increasingly see themselves as members of a diverse, perceptive community that candidates should assume are one solid block of voters and are not ready to be “hispandered” to.

“Latinos are more educated, techie geeks, etc. than ever before,” said Yolanda Negron, who was Willimantic’s first Hispanic town council member. “We also have a lot of younger Latinos voting. Eating tacos, rice, and beans, and talking a few words in Spanish no longer impress us. We are looking deeper.”

Negron also said,  “Now we have Trump in office and suddenly every Democratic Tom, Dick, and Mary are suddenly immigrant supporters. … It’s become the issue of the day to support.”

A related perspective was offered by Yanil Terón, executive director of the Center for Latino Progress in Hartford and a persistent critic of the Trump administration.

“I wasn’t watching from the Latino lens and probably a lot of Latinos are like me seeking the most qualified candidate,” Terón said. “We are not a monolithic group which is the thinking of the GOP folks,” she said.

Terón said she appreciates that some candidates attempted to appeal to the Spanish speaking audience by using their language. However, she said, “The bottom line; we are evaluating their records and their platform.”

The size of the Democratic presidential field, currently 25 people, is a concern for Bessy Reyna, a prominent bilingual poet, cultural commentator and a longtime contributor to CTLN. “As a Democrat, I’m very frustrated every presidential election when — like now — we have over 20 people forming a wanna-be conga line,” said Reyna who was born in Cuba and grew up in Panama.

“They will spend time bringing each other down instead of being able to create a unified front to win. It’s an embarrassing display of narcissism, not patriotism,” the poet said.

In assessing which candidate offered the greatest appeal to Latinos based on last week’s debate, Castro was the winner according to Latino leaders such as state Rep. Chris Rosario, as well as Jason Ortiz, head of CT Puerto Rican Agenda.

Reyna has stated she would not support Sanders or Biden. Looking at the debate, she said, “Overall Kamala Harris was the strongest in protecting Dreamers and fix the anti-immigrant horror Trump has created. I think both Warren and Harris seemed the best prepared. Castro did a good job so did Booker and Mayor Pete. The rest can go home and enjoy the summer.

Negron expressed skepticism as to whether any of the candidates would really help Latinos. “Democratic core values, unfortunately, are just verbalized by Democratic leaders, but not really put into practice. The party has been getting lost in itself.”

She cited a reluctance of recent Democratic presidents to tackle the immigration issue. “Bill Clinton actually thought there were too many immigrants, Negron said.

As for Barack Obama, she said, “The only reason the DACA law was passed was because of the pressure put on him” by Latino Congress members such as Luis Gutierrez, Jose Serrano, and Lydia Velasquez,” she said.

Then there is the big question of who will be “live” next summer when the Democrats hold their national nominating convention after what is planned as a twelve-debate series, with the next in Detroit on July 30-31, and dozens of primaries and caucuses.

The Connecticut primary is April 26, 2020, late in the primary schedule, which could make this vote almost afterthought, or if the issue is not resolved, an important stop for surviving candidates, especially those who can talk straight to Latinos.

Publisher’s Note: CTLN is committed to providing in-depth news and information on the 2020 Presidential Election in order to promote civic engagement by all Connecticut communities.