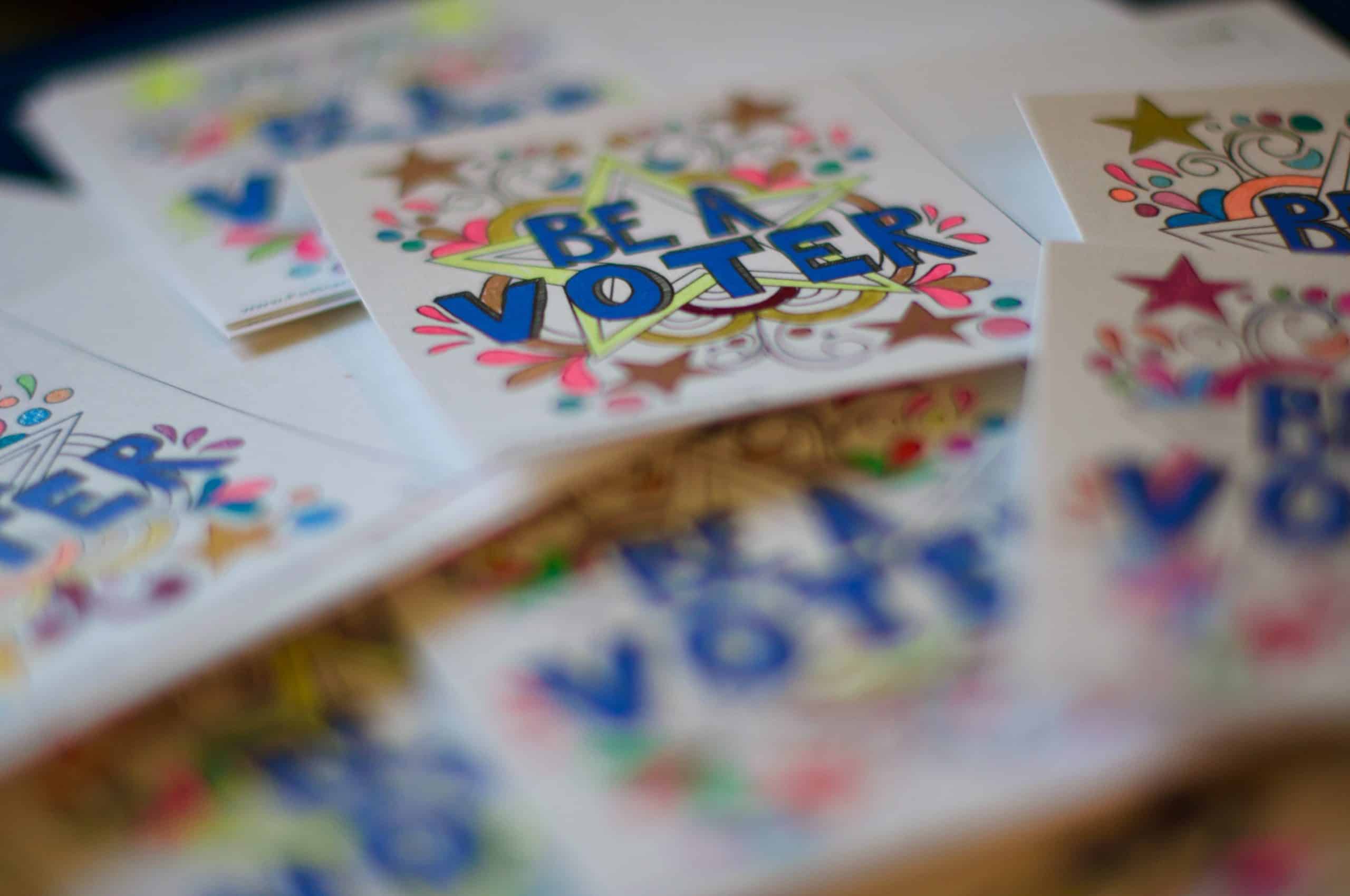 The growth of the U.S. Hispanic-Latino population is something to boast about, but the same cannot be said for the group’s electorate sway despite milestones reached in recent years.

According to certified voter turnout data by Univision in partnership with Labels and Lists (L2), the group’s national voter participation grew by nearly 30 percent from 2016 to 2020, with more than 16 million Hispanic-Latinos casting a ballot in last year’s presidential election.

More members of the community voting might seem positive at first glance, but not when measured to their eligible voters (approximately 32 million in 2020), and not when compared to the performance of other racial and ethnic groups over the same time period.

Connecticut does not track the race of voters but one indicator, however, is a U.S. Census survey of voter participation taken after the 2014 election. This study found about 30 percent of “eligible” Hispanic-Latino voters in the state cast ballots compared to the state turnout of 55.6 percent.

Another way to gauge participation is to look at the overall turnout in the places with the largest Hispanic-Latino population. For example, in 2020, when the Connecticut turnout was a landmark 79.95 percent, in Hartford, where Hispanics-Latinos comprised the most significant percentage of the group’s population, the turnout was the state’s lowest at 50 percent.

As part of the Advancing Democracy: Connecticut Solutions Journalism Initiative, a six-month program sponsored by the Solutions Journalism Network (SJN), CT Latino News (CTLN), spoke with Mark Hugo Lopez, Director of Hispanic Research at the Pew Research Center, to take a look at some of the problems facing Hispanics-Latinos in participating in the electoral process, by the numbers.

According to NBC News polling, 13 percent of Hispanics-Latinos who voted for president in 2020 cast ballots for the first time. In addition, one in 10 of the new voters in 2020 were between 18 and 24 years old.

The Pew Research Center reports that Hispanics-Latinos are among the youngest racial or ethnic groups in the U.S., with a median age of 30. One million of them are expected to turn 18 every year for the next ten years.

“Connecticut is a safe blue state…and that’s why the Republican and the Democratic party do not reach out to the Latino community as much as they should,” said Werner Oyanadel, the Latino Policy Director with Latino policy division for the Connecticut General Assembly’s Commission on Women, Children, Seniors, Equity & Opportunity (CWCSEO) on the Latino News Network podcast, “3 Questions With…”.

The state has gone Democrat for the last eight presidential elections and is not currently considered a battleground state.

Hispanics-Latinos are not a monolith, and as such do not vote as a single bloc. For example, the lack of understanding of the community’s motivation to vote based on what part of the country they reside in, and how long they’ve lived there or whether they were born in the U.S. or other specific country is a major miss by Democrats and Republicans using a failed one-size-fits-all approach.

Puerto Ricans are the second-largest population of Hispanic-Latino origin living in the continental United States.

An estimated 5.6 million people of Puerto Rican origin lived in the United States in 2017, according to a Pew Research Center analysis of the U.S. Census Bureau’s American Community Survey.

Despite their numerical decline in recent decades, Puerto Ricans still accounted for 53 percent of Hispanics-Latinos in Connecticut in 2016, according to Hunter College Center for Puerto Rican Studies, while Mexicans made up 11 percent and South Americans made up 15.3 percent.

Lourdes Montalvo, Director of constituent services under Secretary of the State Denise Merrill, shares insights on Hispanics-Latinos’ barriers in voting.

More than 23 million U.S. immigrants were eligible to vote in the 2020 presidential election, making up roughly 10 percent of the nation’s overall electorate – both record highs, according to Pew Research Center estimates based on Census Bureau data.

The number of eligible immigrant voters has increased steadily over the past 20 years, up 93 percent since 2000. By comparison, the U.S.-born eligible voter population grew more slowly (by 18 percent) over the same period, from 181 million in 2000 to 215 million in 2020.

In 2020, voting by naturalized U.S. citizens was approximately the same rate as those who are Hispanics-Latinos born in the United States, according to a City University of New York study.

Fifteen percent of Connecticut residents are born in another country, according to the American Immigration Council.

In December, the Census Bureau issued its national list of states, counties, and communities where populations of eligible voters not proficient in English are large enough to trigger protection under the federal Voting Rights Act that requires language help for such voters.

Due to the high numbers of Hispanics-Latinos in communities like Bridgeport, New Haven, and East Hartford who are eligible to vote but are not proficient in English, Connecticut is on the list that rose from 331 this year up from 263 in 2016.

A low number of naturalized citizens participating in the electoral process is not for lack of interest, but barriers like language, inadequate representation in government, and outreach by both Democrats and Republicans.

Publisher’s Note: By The Numbers: Challenges Facing Latino Voters is the subject of the Advancing Democracy: Connecticut Solutions Journalism Initiative that CTLatinoNews.com (CTLN) is undertaking as part of eight reporting projects in 10 newsrooms across the United States.

By The Numbers: Challenges Facing Latino Voters presents some of the challenges with the Hispanic-Latino immigrant community of Connecticut participating in the electoral process. Beginning in January, CTLN will explore solutions to these problems by engaging with thought leaders in the state and drawing from the best practices and lessons learned in communities across the country.