By: Daniel Cox, Juhem Navarro-Rivera
One of the most surprising findings to emerge from the new PRRI/AAR climate change survey is the stark racial division on views of and concerns about the issue. Nearly 6-in-10 (58 percent) Latinos believe that climate change is happening and humans are at fault, a view shared by less than half (42 percent) of non-Hispanic whites. We refer to this group as climate change “Believers.”
Not only are Latinos more likely to believe in the existence of climate change, but they also stand out as the ethnic group most concerned about the issue. More than 7-in-10 (71 percent) Latinos are somewhat or very concerned about climate change while fewer than half (43 percent) of whites express similar concern. In fact, Latinos are twice as likely as whites to be very concerned about climate change (46 percent vs. 23 percent).
Why do Latinos stand out so much in this regard? For one, Latinos are substantially more likely than white Americans to believe the science of climate change is largely a settled matter. Nearly 6-in-10 (57 percent) Latinos say that scientists generally agree that the earth is getting warmer because of human activity. Among non-Hispanic whites, only 45 percent believe there is a scientific consensus on climate change.
Another reason may have to do with strong transnational ties maintained by many Latinos living in the U.S. As Mark Silk has noted, concern about the threat of climate change is much higher in Latin America, with countries like Costa Rica and Brazil taking important steps to address the issue. This may be the reason the PRRI/AAR climate change survey found a substantial divide between foreign-born and native-born Latinos. Nearly two-thirds (65 percent) of Latinos born outside the country say the earth is getting warmer due to human activity compared to half (50 percent) who were born in the U.S. The impact of these transnational relationships could be significant even for those Latinos who were born in America. The vast majority of Latinos (81 percent) have close friends who were born outside the U.S. Moreover, Mexico and several Central American and Caribbean countries have recently suffered from catastrophically severe storms and droughts.
The strong ties many Latinos have with friends and family living outside the U.S. may lead them to embrace a more global perspective on the issue of climate change. This may be one reason why Latinos are far more likely than whites to believe they will be personally affected by climate change. Seventy-one percent of Latinos expect to suffer a great deal or a moderate amount of harm as the result of climate change compared to only 48 percent of whites.
Public Religion Research Institute (PRRI) is a nonprofit, nonpartisan organization dedicated to research at the intersection of religion, values, and public life.
PRRI’s mission is to help journalists, opinion leaders, scholars, clergy, and the general public better understand debates on public policy issues and the role of religion and values in American public life by conducting high quality public opinion surveys and qualitative research.
In this article:Hispancis and climate change, Juhem Navarro-Rivera, Pulbic Religion Research 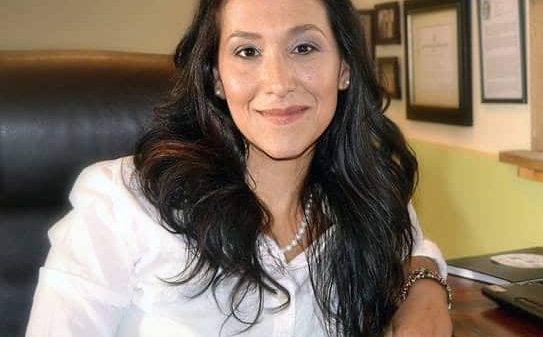 Since launching Energy Efficiencies Solutions (EES) in 2010, Leticia Colón de Mejias has envisioned that her venture would become a thriving business while playing...

Ideología: How Latinos Perceive The Role of Government

Juhem Navarro-Rivera   Latino/as’ changing economic fortunes in the wake of the Great Recession and the racist undertones of anti-immigrant rhetoric are major...

Juhem Navarro-Rivera CTLatinoNews.com Contributor   As the Latino population in the United States grows, there is a reasonable assumption that the proportion of U.S....