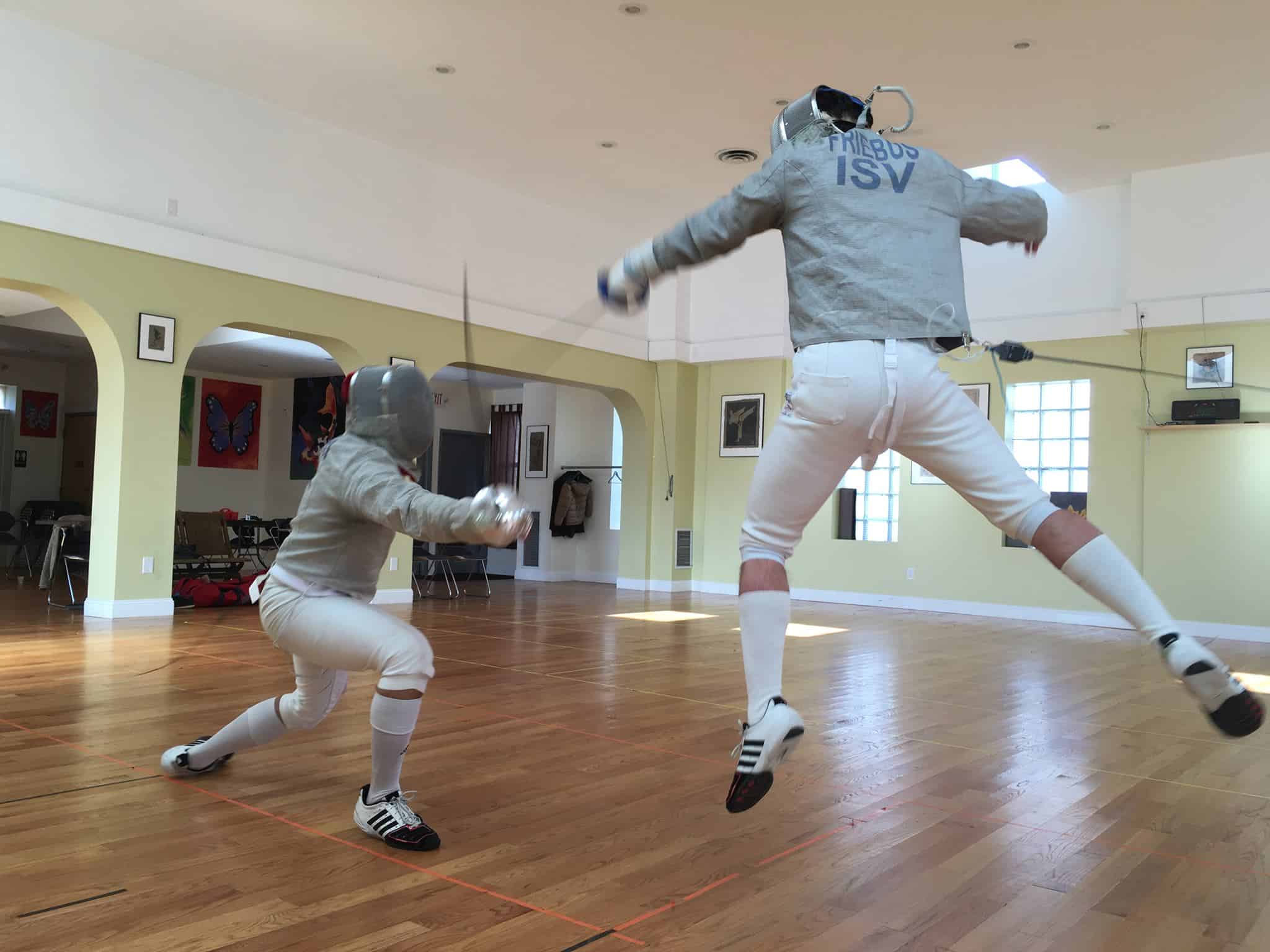 Joyce Bolaños was introduced to the sport of fencing at the age of 15 in Puerto Rico, where her father moved his family,  first from Peru and then from St. Croix in the U.S. Virgin Islands, due to his career.

Joyce, who was born in Callao, Peru, was not the first member of her family to embrace fencing, her mother was a “casual” fencer. But she would take her devotion to the sport to international competition and leadership levels.

As a young woman and student, Bolaños was a member of Puerto Rico’s national team. Today, as a wife, mother, and teacher, she remains closely connected to fencing through her association with the International Fencing Federation (FIE), the sport’s global governing body, and as secretary general of the Virgin Islands Fencing Federation.

Joyce has shared her enthusiasm for fencing at every turn, especially to her son Andres Friebus, and since her arrival in Connecticut in 2000 has been one of the state’s most stalwart advocates of fencing as a sport and lifestyle activity.

“Fencing, besides my family, is my passion and I intend to continue fencing, foil and to promote the sport everywhere I go,” Bolaños explains.

In 2014, Bolaños sponsored a fencing “flash mob” outside the state Capitol in Hartford and near the statue of sword-waving Lafayette. Fencers of all ages and skill levels put on an exhibition that attracted a lot of attention.

She currently is in the process of setting up a fencing program at Suffield Academy where she teaches Spanish and would like to see a youth fencing program eventually take hold in Hartford, possibly through the recreation department or some other sponsor.

Where Bolaños passion for fencing and family have merged is through son Andy who literally grew up in the sport. Now 21, he fences internationally for the U.S. Virgin Islands, where he was born, and will represent in June at the Pan American Fencing Games in Toronto.

Closer to home, Andy competes for Pride Fencing Academy in East Windsor, where he and his mother train under the fine Italian hand of Gherardo Mauri, and at the University of Connecticut where he is a junior studying ecology and evolutionary biology. He also works part-time for the state parks system.

At UConn, Andy is captain of the saber team, specializing in a weapon that is the basis of one of the three disciplines that are practiced competitively. The other two are foil and epee.

Fencing has taken Bolaños and her son throughout the Americas, especially the Caribbean, and to Europe.

Representing Puerto Rico, Joyce competed in Canada and France as well as the Central American Games in Cuba. After college, she studied fencing in Paris and upon her return to the Caribbean to work for Louis Vuitton Malletier on the island of St. Thomas she founded the Blades Fencing Club.

Bolaños also has been visible on behalf of fencing on the world stage, leading the Virgin Islands delegation to FIE congresses in Moscow and Paris. She has attended Pan American Federation meetings and other activities in the Caribbean and Latin America.

Andy also is building an international resume. In addition to competing for the Virgin Islands abroad he served as the U.S. territory’s second delegate at the recent FIE Congress in Paris, a conclave his mother attended as the as member of the world organization’s Promotion, Communication and Marketing Commission

After her arrival in Connecticut, Bolaños, who has a bachelor’s degree in political science and marketing from Universidad Interamericana in Puerto Rico, became involved with Hartford’s cultural and Hispanic communities. She founded the Viva Hartford publication and went on to produce television programs that spotlighted the city’s arts and culture. In 2008, the Viva Hartford show won the Governor’s Award in Film and Culture.

Bolaños went on to produce Cocinando con Suso, AQUI CT and Las Mujeres de Condado de Hartford, which aired in Telemundo and Univision. In 2013, she had the honor of being the first non-Puerto Rican godmother of the Puerto Rican Day Parade. She also is a former board member of The Hartford Preservation Alliance and City of Hartford Commission of Cultural Affairs.

Bolanos currently lives in Enfield, but also keeps a close eye on Hartford’s political and cultural scene is board member of the Center for Caribbean Studies at Trinity College.

It was at Trinity, that Andy, then nine years old, was formally introduced to fencing through a children’s program directed by Peruvian Juan Carlos Changanaqui.

Both Bolaños and her son extol the benefits of fencing. This includes improved flexibility, hand and eye coordination and reflexes. They also said this is a sport that helps participants become “courageous and fearless” as well as builds self-esteem as well as develop the ability to confront others and to intuit their intentions in competition.

There also is the shared bond to an activity that still resides outside the American sports mainstream, Andy said, adding, “You get to know a lot of people.” 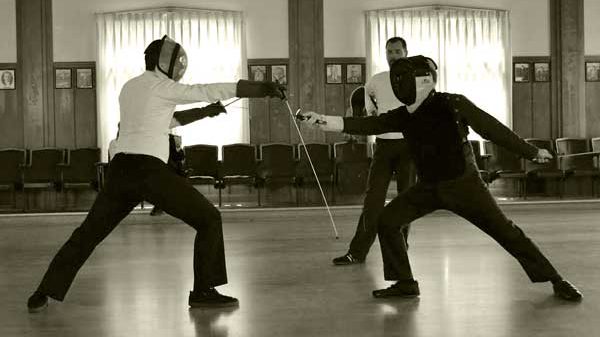 The Art Of Dueling In Wallingford

By Brian Woodman Jr., CTLatinoNews.com Ramon Martinez, the Maestro de Armas at the Martinez Academy of Arms, has taught traditional European swordsmanship for more than 30...

What's The BUZZ Among Latinos On Ayala's Departure From DMV?

Brian Woodman Jr. CTLatinoNews.com    This coming Sunday, if you are in Hartford, you may do a double take – as a fencing flash...