Latinas have contributed so much to shape the world we know today.
As a member of the Latino community, I wanted to take today, International Women’s Day, to honor the achievements of powerful Latinas who have left their mark on history.
Of course, there are many, many more, but maybe there will be a few names on this list you haven’t seen before.

An indigenous Guatemalan and Nobel Prize winner, Menchú is a strong advocate for the rights of indigenous peoples and served as labor leader in the early 1980s where she helped educate natives on ways they could resist oppression and fight for their rights.

The current president of Chile, Michelle Bachelet, is the first female to ever hold the office. In 1974 she was arrested and tortured for her father’s resistance to the 1973 coup, and later worked in a medical clinic assisting victims of torture. She served as the head of the United Nations Entity for Gender Equality and the Empowerment of Women, and she currently puts an emphasis on indigenous peoples’ rights as president.

The current Director of the Johnson Space Center, Ellen Lauri Ochoa is a Mexican-American woman who became the first Latina astronaut in history. She received a Bachelor of Science degree in physics from San Diego State University and a Master of Science Degree from Stanford University.

Actress, women’s rights activist, and first lady of Argentina, Eva Peron has become a legendary figure both in her home country and in the western world. She used her position as first lady to fight for better treatment for the poor and for women’s suffrage. She was immortalized in the musical Evita.

Known as La Reina de la Cumbia, the Queen of Cumbia, Selena Quintanilla-Peréz changed the face of Tejano music and broke down barriers between the United States and Mexico, bringing Latino culture to the mainstream of American life. She was the first Tejano musician ever to receive a Grammy and her influence continues to impact pop stars to this day. 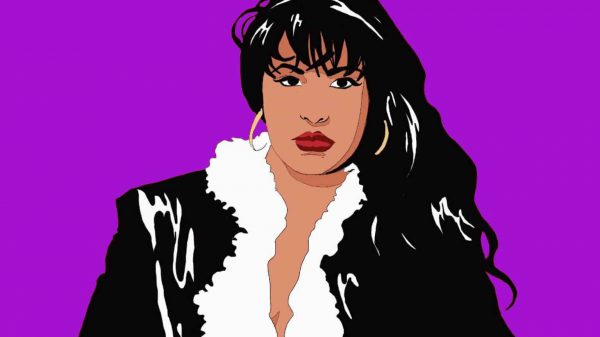 “I am not Mexican and I am not a Texan, but as a young Latina who once had dreams of singing and performing on...