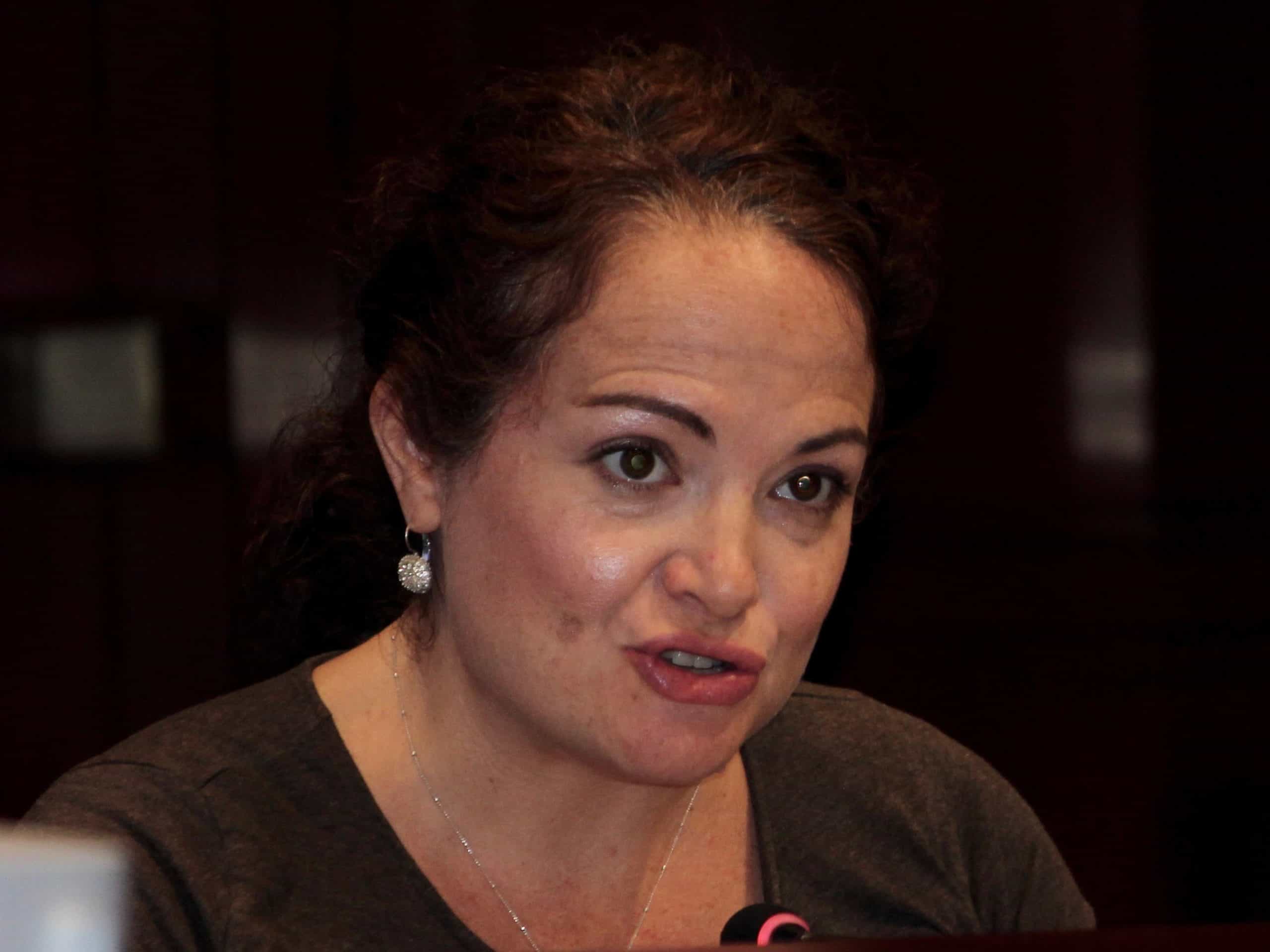 Maria was having a hard time calming down at her elementary school in Waterbury. On a December day just before holiday break in 2018, she was hitting and kicking staff and knocking books off the bookcase. She had recently entered foster care, and this was her third behavioral episode in three weeks.

So the school staff called 9-1-1, telling the dispatcher there was a “four-year-old female out of control.”

With limited mental health staffing at their elementary schools, Waterbury educators regularly call the police when they can’t handle a child in crisis, according to a report released today by the state’s Child Advocate. In fact, says the report, during the watchdog’s review of six months of the 2017-18 school year, Waterbury police responded to 198 calls on children under age 12.

The 34-page report said that while many of Connecticut’s school systems rely on police to handle behavioral problems in their schools, Waterbury’s reliance on them stood out.

Child Advocate Sarah Eagan made a long list of recommendations on how to address the issue, including that the state legislature prohibit the use of embedded police officers in schools; prohibit the arrest and detention of children under 12 and; to address “the persistent racial disparities in school discipline,” ban out-of-school suspension of children, opting instead for “therapeutic classroom interventions.”

The Child Advocate’s report says that most of the children arrested are Black or Hispanic, have involvement with the state’s child protection agency, and are expressing a wish to die. A few have had the police called for them multiple times, the report says. Most of them have disabilities and the children with the most calls all had severe autism. Often the children are arrested and, for their and others’ safety, they are handcuffed.

These children are typically in third or fourth grade.

Police reports on some of the incidents show a harrowing situation officers encounter:

One account: “Officer was able to hear a student screaming all the way outside. … As I entered the classroom, I saw a female student, 8 years old child being restrained by school staff because they were stopping her from hurting herself and others. As soon as they let the child loose, she began to scratch her wrist with a her nails. When her teacher attempted to stop the child from scratching herself, the child attempted to scratch teacher with her nails. Due to child’s assaulting and self-injury behavior, I immediately placed her in handcuffs, in an attempt to stop her from injuring herself or others.”

This situation had escalated after the teacher took away the child’s recess time because she had been misbehaving.

“She became very agitated and combative. She then began to slam her head on a table and then grabbed a pencil to stab herself,” the report says. The young girl told her teacher “because I lose my recess, so I don’t want to live anymore.”

Eagan says it is unclear why school staff regularly called the police rather than use the mental health team the state set up to respond immediately to such incidents, especially given that Waterbury police are not trained in children’s behavioral health.

“Concerned, overwhelmed and under-resourced school administrators may rely on police to respond to children’s crises, seeing police intervention as a rapid way to address a child’s spiraling behaviors, ensure a safe school environment, or as an effective strategy to access hospitalization and crisis support,” her office’s investigation found. “Use of law enforcement as a behavioral health first response system is problematic and does not increase the likelihood of a child and their caregiver becoming well connected to community supports…. [There’s] persuasive evidence of a lack of effective support structure, including adequate special education services, in place for students and educators,” the child advocate reported.

While police across the state arrest 1,700 children at school each year, most do not result in criminal charges. However, for the roughly 150 children under age 12 who are charged in Connecticut, nearly one-quarter of them live in Waterbury. The overwhelming majority are charged with a misdemeanor.

“I don’t think the issue of calling 9-1-1- over 2-1-1 for little kids in crisis is unique to Waterbury,” said Eagan. When school staff do call United Ways’ 2-1-1, the state’s Emergency Mobile Psychiatric Services team is deployed. In Waterbury, the response time is 20 minutes.

While police are being called too frequently for mental health breakdowns, she said Waterbury stands out  because of how many children are ultimately arrested  compared to other municipalities. State data show that Bridgeport, Hartford, New Britain and Waterbury regularly have the highest arrest rates, year after year.

In Connecticut, children as young as 7 can be arrested and put in detention. Few countries outside the U.S. allow for such young children to be held criminally responsible and the common age is 14, a recent report by CT Voices for Children found. In the U.S., half the states don’t set an age, but of those that do, 19 states set an older age for criminal responsibility than Connecticut. Massachusetts’ minimum age is 12. Efforts in Connecticut to raise that age in recent years have failed to win support.

Among the 198 times police were called to Waterbury, 84 young students were sent to the hospital for evaluation. In another 16 cases, the parent refused to allow the child to go to a hospital. In 13 cases, officers searched the child’s home for a weapon, finding only one and that it was properly secured from the child. Only a couple of the reports indicated the child was referred to a community diversion program to avoid being arrested and charged.

Some 36 were arrested and entered the juvenile justice court system — nearly all of these arrests were the result of the child hitting staff or getting into a fight with another student.  All 36 arrests were on misdemeanor charges.

Provided with a copy of the report in advance of the release, the Waterbury Superintendent Verna Ruffin and other school district administrators promised the advocate they will try to improve and reduce the need for police intervention.

“To better address de-escalation techniques and provide appropriate professional development, Waterbury is shifting its crisis prevention model from SUPPORT to Safety Care intervention with 300 staff members being trained on September 1 and 2, 2020,” the district responded.

The district also promised training for staff on how to work with children experiencing trauma and that they plan to redesign their special education program and model.

Waterbury Chief of Police Fernando Spagnolo said that when his department responds to calls at an elementary school, it tries to “use the right officer” who is familiar with the school. He also acknowledged, however, that police are not trained on children in crisis.

To avoid these frequent arrests in other municipalities, the child advocate recommends the state better track a school’s use of police and 9-1-1 and 2-1-1 emergency response teams, and whether it is a school resource officer embedded in the school or another police making an arrest. These data points should contribute to a school’s overall performance grade that the state compiles, Eagan recommends.

The report recommends review of racial and ethnic disparities data with the goal of “understanding and preventing the school-to-prison pipeline.”

“While certain communities may and do value the role of local police in their schools, the disproportionate and harsher impact on students of color from schools’ reliance on or utilization of police resources cannot be ignored. Police should have no role in maintaining school climate or school discipline,” she concludes.

With limited mental health staff, Waterbury calls the police on school children under 12 was first published by CTMirror.

In this article:Hispanic children, Mental Health