Once again, this past week’s latest news finds that Rep. Christine Ayala (D) has been accused of  allegedly running afoul of the law.  Ayala, a first term representative from Bridgeport  has had numerous encounters with the law in her first year as an elected state representative, with allegations of a hit and run accident, domestic issues with a boyfriend and his ex- girlfriend.  Now, this past week, allegations that while Ayala did not  live in the district she is supposed to represent, she filed and may have accepted state campaign financing funds fraudulently for that race.  The State Elections Enforcement Commission last  Wednesday voted to refer its investigative findings to the chief state’s attorney for possible criminal prosecution of voter fraud and as a result, the Speaker of the House, Brendan Sharkey stripped her of her committee assignments while the state chairwoman of Ayala’s own party, Nancy DiNardo suggested publicly Ayala  resign.  To get somewhat of a sense of what Latinos around the state were saying about this topic,  CTLatinoNews asked through social media if they thought she was unfairly being treated or if she should step down.

The majority of comments came from the Bridgeport areas, as Latinos and non-Latinos weighed in alike. There were a few comments in her defense, however overwhelmingly those joining in the social media conversation thought Representative Ayala should step down, some offering harsh comments, and other Latinos believing her actions cast a cloud over all Hispanics.   Below are some of the comments posted in no particular order, selected for variety or appropriateness. Some have been edited for space.

Bridgeport Parents Initiative:  “Why waste any thoughts on this Hispanic embarrassment?

Carolanne Curry:  “Come on, this is disgraceful actions for an individual with a public trust. On the other hand, this is Bridgeport and the finch/wood administration thinks her behavior is acceptable and she should stay.”
Luis Gonzalez: ‘Her personal life has nothing to do with her work.”
Carmen Padron: “She should have not been there in the first place.”
Joyce Bolanos:  “If she has any dignity left, she should.”
Noemi Mimi Fernandez:   “With all the issues, she should have never been there!”
Lucilla Feliciano: ” If the focus is on the allegations and personal issues this person has instead of what she is doing for her community, it might be time to reconsider stepping down.”

Olga Serrano: ‘She has shamed the Hispanic culture with all of her bull shit she should been step down since her first arrest. Every time she is on the news is for negative things I’m glad I did not vote for her.”

Carmen Padron: “I’ll be quite honest she should have not gotten as far as she did, she really shouldn’t be in politics, and as far as the community she suppose to represent I am so sorry but the only community she represents is the Ayalas”

Lillian Garcia:  “Yes ..Claro que si!! She should be ashamed of herself….who the heck she think she is?”
Chad R. Hunter:  “Christine, you have brought much dishonor to the City Council, City Hall and to the City of Bridgeport at large. (Just what Connecticut’s Park City DOESN’T need.) The time has come where you can partially redeem yourself and slightly restore your public image by doing the right thing and removing yourself from office. You have approximately three simultaneous scandals happening at present and your inability to stay away from trouble is frightening. I know several people who would make a better difference than you have and who are quite honestly more worthy ………step aside and let one of them try to rectify your mistake, restore order to the seat and show the residents of Bridgeport that there are people capable of representing them properly…….. You should be ashamed of yourself, because you are a part of my city’s problems; not a part of the solutions.”
Mayra Delgado:  “I so agree with Chad R.Hunter perfect words.”
Nadia Nicole: “Its time.”
Jamel Hamilton: “What did she do? From what I understand, she lied about her address. If that’s the case then no.”
Juliette Phang:  “Yes, its time…just to much negative publicity. We deserve more then those in Bridgeport.”
Naomi Correa: “Hell yeah!”
Katherine Diaz: ” He’ll yeah, we don’t need more corrupted politicians. We’ve had enough over the years.”
Conservative in Action:  “Absolutely, without a doubt!”
Juan Marrero: ” Hell yeah”
Joseph A. Medina:  “Step DOWN!”
Norma A Castro: “I have seen this before! Nothing has been done.”
James McGovern: “Stepping down would be the prudent thing to do.” 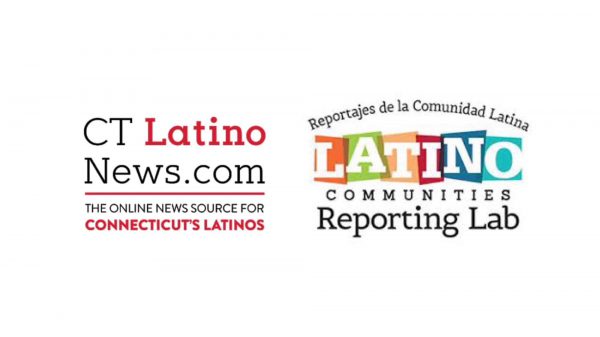