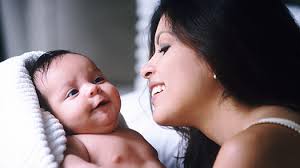 U.S. Hispanic women and their children are at significantly greater risk than their counterparts in the general U.S. population, according to a March of Dimes report.
Latins are more likely to have a baby with a neural tube birth defect (NTD), and nearly a quarter of all premature births in the U.S. are to Latinas, the report says.
Thalia, a Latin Grammy Award-winning artist and mother of two children, is helping to get the word out to Hispanic women about pregnancy health information and resources. “We want women to know that there are things we can do to protect ourselves and our babies, like taking a multivitamin with folic acid before and during pregnancy,” she said. “There’s nothing more important than the health of our babies.”
Thalia on Wednesday joined Diana Ramos, M.D., co-chair of the new March of Dimes Hispanic Advisory Council, to speak at a March of Dimes educational luncheon called Salud: What Hispanic Moms Need to Know to Have a Healthy Baby. They discussed the health risks Latinas face and what they can do to give their babies a healthy start in life.
“Planning, prenatal care (and) perpetuating healthy behaviors are first steps to having a healthy baby,” Dr. Ramos said. “Early prenatal care can identify any potential problems.”
Continuing behaviors learned in pregnancy can help ensure the child stays healthy, she added.
Health concerns
A larger percentage of Hispanic women give birth each year than any other racial or ethnic group in the U.S. Although there is great diversity among Hispanic women, there are several health concerns that are common to them, according to the report.
Babies born to Hispanic women are significantly more likely to have serious birth defects of the brain and spine known as neural tube defects.
While this disparity isn’t well understood, one reason may be that Hispanic women have a lower intake of folic acid due to eating corn masa rather than bread made from wheat flour.
Wheat flour is fortified with folic acid in the U.S., but corn masa is not.
Hispanic women are less likely to report taking a multivitamin containing folic acid prior to pregnancy.
For the full story:  http://www.hispanicbusiness.com/2014/6/4/health_concerns_raised_about_hispanic_mothers.htm

In this article:hispanic mothers, Latinas, march of dimes

Latinas In US: Making Progress But Still At Risk

A Different Approach For Young Latinas In Court System

By Suzanne Bates CTLatinoNews.com   Many of the young Latinas who are arrested experienced some kind of trauma early in their lives, experts...