Actor, comedian, writer, social activist and and overall buena gente (good guy) John Leguizamo has a bone to pick with the teaching of American history in our classrooms.
In his new solo piece, “Latin History for Morons,” not only does he pick that bone, he unearths the ways in which Latinos have given everything they are to make the United States what it is today.
Considering the current political climate, Leguizamo’s lessons couldn’t be more timely or necessary.
We spoke with John about his play, Latino history and the way he successfully engages with detractors.
What was your most eye opening moment in Latino history?
There were two stories. One of them was Loreta Velazquez, a Cuban woman that fought in the Civil War. She fought in the battles of Shiloh, Bull Run and more as a man ’cause they wouldn’t let women fight. I thought that was so powerful. It shows Latin people’s tenacity, vivacity and cleverness.
Then I learned that 10,000 Latin people participated in the American Revolution. And when I saw that I was like, ‘Wait a minute. We were here fighting, being awarded, honored and you never see that anywhere.’ Ten thousand people in the American Revolution-that was a lot of people back then.
You can’t take this country from me or try and make me feel like a second class citizen when my people have shed blood for this country in every single war this country has ever fought.

In this article:hispanics and U.S. Latinos in theater, John Leguizamo, Latino history for morons 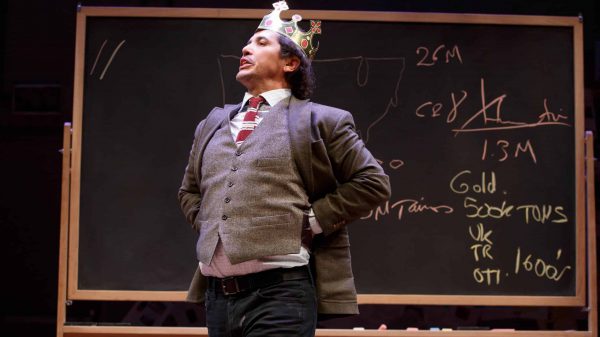 John Leguizamo, ONE NIGHT Only!

"Latin History for Morons" , 3,000 years of Latino history you never learned in school, in a 90-minute show!

As New York Comic Con slowly reveals information on this year’s event – like what Marvel actors we hope to catch a glimpse...