A variety of foods that are popular at markets and in stores serving the Puerto Rican community in Hartford. ( Peter Morenus/UConn Photo)

A long-term study by two ethno-botanists demonstrated that people retain culinary customs years after they migrate, and identified key foods that are emblematic of a community’s culinary conservation.
The two-part study by UConn alum David W. Taylor ’94 (CLAS), now an assistant professor of biology at the University of Portland, and his former professor Gregory J. Anderson, now Board of Trustees Distinguished Professor Emeritus of Ecology and Evolutionary Biology, looked at the behavior of people who migrated from Puerto Rico to the United States. A selection of viandas in a Puerto Rican market. (David Taylor Photo)

Through a comparison of Puerto Rican food markets in Hartford, Conn., spanning an interval of a decade and a half, as well as a comparison of food markets in Hartford and Puerto Rico, the researchers observed the use of certain foods over time and distance, for which they coined the term ‘culinary cultural conservation.’ They also identified a subgroup of specific foods that were the most widespread, a concept they dubbed ‘cultural keystone food group.’
The research was published in the April 2014 issue of the American Journal of Botany. But their research began nearly two decades earlier, when Taylor was an undergraduate and Anderson was his faculty advisor for an independent project that focused on the cultural significance of foods among the Puerto Rican population in Hartford, Conn.
As part of his research, Taylor recorded oral histories from members of a highly mobile community that moved freely between Hartford, Conn., and their homeland in Puerto Rico. He visited Latino markets in Hartford’s Park Street neighborhood and began tracking the variety of fresh produce – not canned or dried staples – imported from Puerto Rico and the Caribbean and sold in the community’s grocery stores.
Taylor visited the markets at least once a month for 13 consecutive months. For purposes of the study, imported foods were considered to be of cultural importance if they persisted for the duration of the survey and if the absence of a particular food would suggest a weakening of cultural ties with the homeland.
For the second study, a decade and a half later, the two researchers revisited families in Hartford and again studied the produce in the markets and community grocery stores. Taylor also went to Puerto Rico, where he visited local markets and talked with residents of the island.
What they found was remarkable stability over time and space.
“The persistence of these largely tropical foods in a temperate market far removed from tropical [Puerto Rico] shows the importance of basic foods as an element of cultural identification,” they wrote. David Taylor gets a closeup at an outdoor market in Puerto Rico. (Photo courtesy of David Taylor)

In both Puerto Rico and Hartford, viandas – starchy fruits and root crops such as true yams, cassava, breadfruit, and malangas – proved to be the most essential food group for maintaining or recreating a sense of home. Shoppers in both locations demonstrated a willingness to pay more for these culturally significant crops, despite the availability of less expensive nutritional equivalents.
The study in the American Journal of Botany is based on comparative data collected in Taylor’s original research in 1993-1994 in Hartford, and in both Hartford and Puerto Rico in 2009-2010. The longitudinal aspect of the study supports the researchers’ observations about the importance of cuisine in maintaining certain cultural connections in mobile populations. Even as second and third generations assimilate into U.S. culture, they often retain an emotional connection to the cuisine of their ancestral homeland.
Taylor says the identification of cultural keystone food groups can be useful on a practical level. For example, health care workers including dieticians and nutritionists may benefit from understanding why their clients are intent on eating certain foods or preparing them in a specific way, to the exclusion of other more readily available, less expensive, substitutes.
Re-printed with permission from: http://today.uconn.edu
In this article:cultural identity, puerto rican foods, UCONN 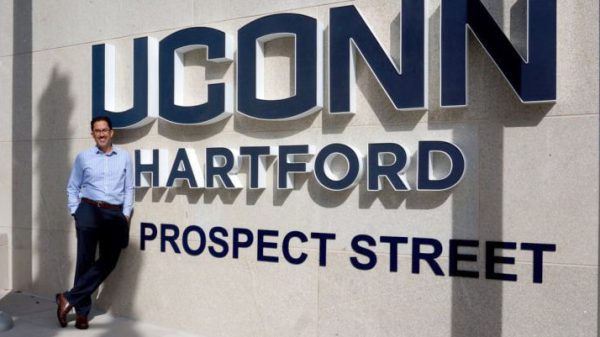