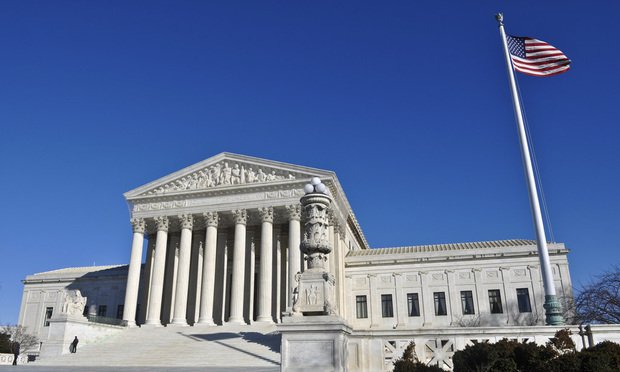 In its ruling, the Court said “it cannot ignore the disconnect between the decision made and the explanation given” by the administration of President Donald Trump.

Writing for a 5-4 majority, Chief Justice John Roberts concluded that there was sufficient reason for concern about why the Commerce Department wanted to add the question. Roberts had the support of the four liberal justices.

The case partially upheld a January ruling from the Southern District of New York. The ruling, in that case, said the Trump administration’s decision to add a citizenship question to the census violated U.S.  law by being “arbitrary and capricious,” because the administration’s reasoning for adding the question — to help enforce the Voting Rights Act — was presented during the trial as an after-the-fact rationalization.

The bitter controversy centers around whether the Trump administration can ask all recipients a citizenship question on the 2020 census for the first time since 1950.

The administration claimed the citizenship question on the census questionnaire is necessary to better comply with federal voting rights law.

CT Mirror reports, Connecticut was one of 18 blue states to sue the Commerce Department last year after its secretary, Wilbur Ross, insisted on the inclusion of a citizenship question, ostensibly as necessary to help the Department of Justice enforce the Voting Rights Act.

Critics argued it is an attempt to intimidate noncitizens and Hispanic households and will lead to a decline in response rates and underrepresentation of minorities.

“Make no mistake: the damage has already been done.”

“The Trump administration has created a climate of fear throughout our country through tactics of intimidation, threats of ICE raids and treatment of immigrants at our border and across our country,” Lt. Gov. Susan Bysiewicz said.

Data obtained from the 2020 census is used for the allocation of congressional seats and the distribution of billions of federal dollars to states and localities over the next decade.

Roberts said the explanation for adding the question wasn’t sufficient.

“The sole stated reason — seems to have been contrived. We are presented, in other words, with an explanation for agency action that is incongruent with what the record reveals about the agency’s priorities and decision-making process,” Roberts wrote.

Speaking on the steps of the Connecticut Supreme Court Thursday, elected officials (Democrats) praised the decision by Chief Justice Roberts. “We don’t often agree with the chief justice,” Attorney General William Tong said. “But the chief justice is serving his institutional role,” Tong continued, describing Roberts as building a consensus in a divided court.

“The Supreme Court today saw through a cynical and unfair attempt to influence the census for political advantage,” Governor Ned Lamont reacted in a statement.

The decision, on the last day the court was issuing opinions before a summer break, came as a bit of a surprise because the court’s conservative majority was expected to side with the administration and allow the citizenship question.

Every lower court asked to consider the issue has blocked the administration from adding the question, ruling that Commerce Secretary Wilbur Ross exceeded his authority under federal law or the Constitution by doing so.

After arguments before the high court, opponents of the question informed the court they had obtained “new evidence” that the decision was politically motivated. They say the intention was to intimidate minority households from responding in order to reduce Democratic Party representation.

At the end of May, the ACLU obtained a hard drive with about 75,000 documents, including a 2015 study from a Republican redistricting expert, Dr. Thomas Hofeller, who they say played a significant role in the decision to add the question.

Hofeller, who has since died, wrote that using “citizen voting age” population as the redistricting population base would be “advantageous to Republicans and Non-Hispanic Whites.”