A change to how the U.S. Census Bureau accounts for Hispanics has many fearing the Latino population will be not be represented correctly. During the 2010 Census, the population was measured separately by ethnicity and origin, which left the bureau with some inconclusive results, but the new method also has its own pitfalls, critics say.
Despite a history of undercounting Hispanics, the bureau will merge the separate questions about ethnicity and origin into one “race and origin” question, which could lead to further inaccurate figures, ABC News reported.
The change’s intent is to allow Latinos who identify as other ethnicities, such as black or white, to be able to check off both for the survey. However, some critics believe that since the topic is raised in a single question, people taking the survey will feel they must only choose one, thus leading to skewed results.
Carlos Cortés, a professor emeritus at the University of California Riverside, said, “There were 50 million [Hispanics] in the 2010 Census, all it takes is one in 10 saying ‘Well, I’m white or I’m black so I won’t check Hispanic’ and suddenly there are only 40 million of us.”
According to the report, during the last Census, a significant amount of Latinos identified as “some other race” when the question of race was offered as its own question.
That lead to “some other race” being the third largest racial category response, which prompted the bureau to make the change.
Census Bureau Director Robert Groves said the change is an attempt to “improv[e] the accuracy and the reliability of census results by expanding our understanding of how people identify their race and Hispanic origin.”
(Photo by USDA Gov via Flickr)

As the numbers from the 2020 Census arrive there are strong signs that the fast-growing Hispanic-Latino population is poised to acquire greater political influence... 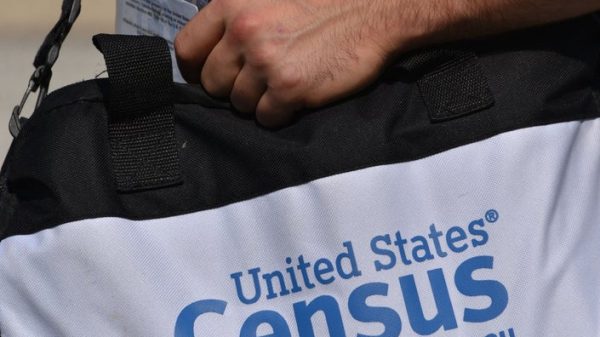