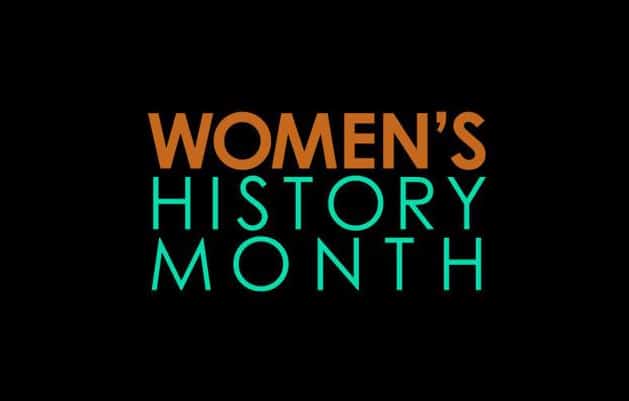 In honor of Women’s History Month, we’ve put together a list of Latinas who’ve been trailblazers with the determination to succeed. Some are well-known, while others, although they achieved amazing things, were lost to history. Here is our list of Latinas you should know.

Justice Carmen Elisa Espinosa: On March 6, 2013 she became the first Hispanic to serve on Connecticut’s Supreme Court. She became a senior justice on July 16, 2017. Her history of firsts began on Jan. 10, 1992 when she was appointed to the state’s Superior Court, where she was not only the first Hispanic but also the first woman to serve in that capacity. On March 16, 2011 Justice Espinosa was sworn in to the Appellate Court.

Dr. Ellen Ochoa, astronaut: Made history when she served on a nine-day mission aboard the space shuttle Discovery in 1993 becoming the first Hispanic woman to fly in space. She’d go on to fly aboard three more shuttle missions logging more than 1,000 hours in orbit. But she wasn’t done making history. She went on to become the 11th director of Johnson Space Center — the first Hispanic and second woman to serve in the role. And in 2017, she was inducted into the U.S. Astronaut Hall of Fame.

The Mirabal Sisters, Patria, Minerva and Maria Teresa: The sisters opposed the dictatorship of Rafael Trujillo in the Dominican Republic. They were involved in clandestine activities to fight his regime. The sisters formed the group known as the Movement of the Fourteenth of June through which they distributed information about the many people Trujillo had killed. The Mirabal sisters were jailed numerous times by Trujillo, but in spite of this kept fighting against his regime. Eventually Trujillo ordered their murders. On Nov. 25, 1960 as the sisters were on their way to visit Maria Teresa’s and Minerva’s husbands who were imprisoned, they along with their driver were ambushed and killed on Trujillo’s orders. In their honor, the United Nations General Assembly in 1999, proclaimed November 25 as the International Day for the Elimination of Violence Against Women.

Sonia Sotomayor, U.S. Supreme Court Associate Justice: After being nominated by President Barack Obama and subsequently being confirmed, Sotomayor became the first Hispanic and only third woman to serve as a justice on the U.S. Supreme Court. She joined the bench on Aug. 8, 2009. President George H.W. Bush nominated her to the U.S. District Court, Southern District of New York in 1991. She served in that capacity from 1992 to 1998. Sotomayor then went on to serve on the United States Court of Appeals for the Second Circuit from 1998 to 2009.

Hermila Galindo, pioneer in Mexico’s feminist movement: At a time when women still did not have the right to vote, Mexican women wouldn’t get that right until 1953, Galindo became a candidate for Deputy of the 5th Constituency in Mexico City in 1917. It was the first time a woman became a candidate in Mexico. In addition to women’s suffrage, Galindo also advocated for sex education in schools and divorce. She was also a writer. In 1915 she created a magazine called La Mujer Moderna — The Modern Woman.

Rita Moreno, Puerto Rican actress, singer and dancer: Moreno is one of 15 people to achieve EGOT status, winning two Emmys, a Grammy, an Oscar and a Tony award. She is perhaps best known for her role as Anita in 1961’s West Side Story for which she won the Oscar for Best Supporting Actress. She currently stars in the remake of the comedy One Day at a Time.

Evangelina Rodriguez, doctor, family planning advocate, educator: She became the first woman doctor in the Dominican Republic in 1909. She provided medical attention for free or for a few centavos. Knowing her patients could not afford the medications, she would give provide them for free. In 1921 she left for France to study gynecology, obstetrics and pediatrics at the University of Paris. Upon graduating in 1925 she returned to the Dominican Republic where she continued to work with the poor. She became an advocate for birth control and family planning.

Sor Juana Ines de la Cruz, a self-taught scholar and student of scientific thought, poet and Hieronymite nun. Although she was a nun, Sor Juana Ines was known for her courage to challenge opinions and speak out about her beliefs. She was a contributor to early Mexican literature. She was fluent in Latin and wrote in Nahuatl. After joining the convent in 1667, Sor Juana began writing poems on topics that included love, feminism and religion, turning her quarters at the convent into a salon that attracted the intellectual elite. She died in 1695 after contracting the plague while treating her fellow nuns.

Rebecca Lobo, Olympic gold-medal winner and professional basketball player. Born in Hartford she gained public attention as a star player on the University of Connecticut’s championship women’s basketball team in 1995.  In 1996 she was a member of the women’s U.S. Olympic basketball team which won the gold medal. Lobo began her professional career in 1997 playing for the New York Liberty. She retired from professional ball in 2003. Lobo was inducted into the Women’s Basketball Hall of Fame in 2010.