On a snowy Saturday morning in January, Selvin, 13, and his mother were in the basement of the First and Summerfield United Methodist Church in New Haven, to support a friend in sanctuary. As they sat there, the boy tried to push away thoughts of how it would be when ICE came to take away his own mother, who is also under a deportation order.”I’m going to be alone with my little brother and my dad,” Selvin said. “Sometimes I feel I don’t want to talk to anybody. I just go to my room, lock the door, and I feel depressed.”
Selvin -whose family asked that his last name be withheld – is among thousands of immigrant children in Connecticut and nationally feeling the effects of prolonged stress, which can become so toxic it can damage the developing brain. Toxic stress can set a child up for depression, as well as alcoholism, heart disease and diabetes in adulthood, Harvard University research shows.
A Henry J.Â  Kaiser Family Foundation study last December reported that the long-term effects of toxic stress for immigrant children include poorer health, compromised growth and development, and increased social and environmental challenges that can affect health.
Connecticut mental health organizations say their phones have been ringing off the hook since President Donald Trump issued an executive order on immigration, authorizing Immigration and Customs Enforcement to deport an estimated 11 million people living in the U.S. illegally.The offices of both U.S. senators, Chris Murphy and Richard Blumenthal, are inundated with calls from panicked undocumented parents, their spokespeople say.
Carolina Bortolleto of Connecticut Students for a Dream estimates……. 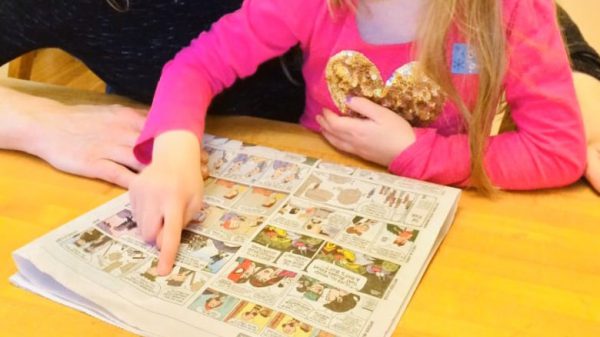 Children And Parents Feel The Strain Of Confinement

By Sujata Srinivasan, Health I-Team  Weeks into staying home from preschool, Betty, 4, threw herself on the floor and had a screaming meltdown. She had...