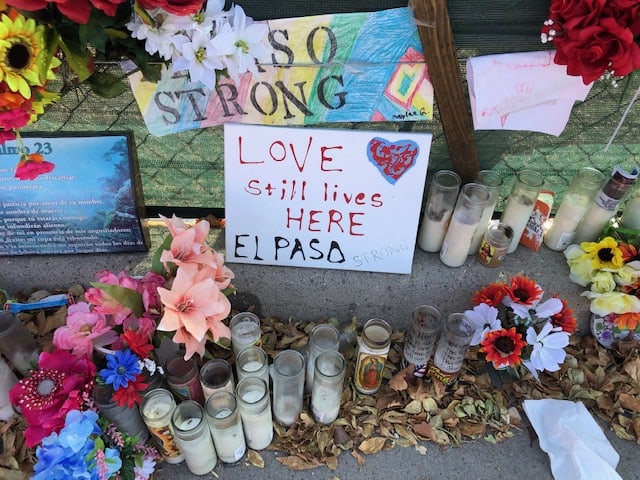 A month since the tragedy, Latino leaders expressed dismay with the August 3 El Paso mass shooting and revelations of a racist anti-Latino manifesto attributed to the shooter. They and law enforcement officials spoke with CTLatinonews about concerns regarding whether the incident could repeat itself elsewhere — including in Connecticut.

“One thing we are watching carefully is the modest but notable growth in targeted hate incidents,“ said Steve Hernandez, executive director of the Connecticut General Assembly’s Commission on Women, Children, Seniors, Equity and Opportunity (CWCS). “The current political climate is emboldening hate groups. Connecticut is not immune to it.”

Werner Oyanadel, the Latino and Puerto Rican Policy Director for the commission, criticized U.S. President Donald Trump for not doing more to discourage hateful chants and comments from the audience during his rallies.

“Words at that level matter,” said Oyanadel. “Our president is not trying to stifle that. He needs to be clearer.”

Brian Foley, an executive aide of the Department of Emergency Services and Public Protection Commissioner James Rovella, said his department and others conducted a cross-country conference with the FBI the day following the shootings and discussed whether copycat shootings could occur.

“While that was a concern, we did not see an immediate threat identified,” Foley said regarding the possibility of a hate-based mass shooting targeting Latinos. “We have not found an immediate threat but it is being taken seriously. We understand the Latino community is concerned.”

He described a quickly-organized meeting between state and local police in New Haven following a potentially threatening comment on social media prior to the city’s August 10 Puerto Rican Day Parade.

SUGGESTION: Puerto Rican Festival: “In the presence of hate, we will respond with love”

Charles Grady, a public affairs spokesperson for the FBI’s New Haven office, said there was no specific threat of hate-based mass shootings in Connecticut to mirror the El Paso incident, although he added that the office and other law enforcement agencies in Connecticut have examined different public threat scenarios since the Sandy Hook Elementary School shooting in 2012.

Grady added that hate crimes, in general, were rising, referring to recent FBI statistical reports. Bureau data from last year and the latest available as of press time indicated there were 111 incidents reported in Connecticut in 2017 — 66 of them were based on ancestry, race or ethnicity. According to the 2016 data, there were 106 incidents in Connecticut and 62 of them were based on race, ethnicity or ancestry.

According to a state police report provided by Foley, there were 13 hate-based incidents in New Haven in 2017 – the largest of any town or city. Seven of the incidents were based on ethnicity, according to the report.

The state data indicated that Blacks were the most frequent target of ethnically-based hate crimes that year and accounted for half of the 66 incidents reported. Seven of the incidents involved Hispanic targets.

Hernandez described Connecticut as a “purple state” rather than red or blue, which put it in a potentially distinguished position.

“Connecticut can stand out in standing against divisive rhetoric,” he said, adding that he was still not satisfied with the state in this regard. He said the commission was working both legislative houses in the state and across the aisle to address these issues.

On August 5, President Donald Trump condemned racism in his speech following the shootings in El Paso and Dayton, Ohio.

“In one voice, our nation must condemn racism, bigotry and white supremacy,” stated Trump in his speech  “These sinister ideologies must be defeated. Hate has no place in America.”

He added that “we have asked the FBI to identify all further resources they need to investigate and disrupt hate crimes and domestic terrorism.”

Hernandez replied that “anti-otherness” needed to be confronted through meaningful action.

“Leadership requires utterance of principles and follow-through,” he said. “We are pronouncing values but not connecting the dots.”

He noted efforts by the Collaborative on Academic, Social and Emotional Learning — an organization created by the state legislature during the last session and operated by the commission to address bullying, build social and emotional schools and support a positive educational climate. He said the collaborative studied links between self-destructive behavior like suicide and violence.

“Addressing alienation and mental health issues would be a good first step,” he said, adding that youth disconnected from society due to reasons like  early trauma and extreme poverty sometimes gravitated to extremist ideologies.