The study, released Tuesday by the Connecticut Conference of Municipalities and Dalio Education, is based on 2018 data from the Census Bureau. It found that the “digital divide” was more pronounced in Connecticut’s cities like Hartford, New Haven, Waterbury, New Britain, and Bridgeport. Nearly 40% of households in those areas lack subscriptions to a broadband internet connection.

Dalio Education Director Barbara Dalio said stories of families struggling for internet access during the height of the pandemic were “heartbreaking.”

“A single mother working two nursing shifts, then coming home at 11 o’clock, piling her children into a car and driving to a McDonald’s parking lot so the kids could access a Wi-Fi hotspot to try and do their homework. Other kids alone at home, isolated, because their day care center was shut down, adults unable to go online to search for a job or file for unemployment benefits because their Internet connection was inadequate,” Dalio said in a press release.

The study found that deficits in access fell disproportionately on Black and Hispanic households as well as older residents. Thirty-five percent of Hispanics and 34% of African Americans lacked a broadband connection. That’s compared to 21% of white residents who did not have a high speed connection. Meanwhile, 36% of older residents went without wireline broadband in their homes.

According to the report, 57,000 Connecticut families with children under the age of 18 did not have reliable internet access as COVID-19 closed schools and shifted students to a remote learning setting.

The report also found disparities in the percentage of homes with working computers. In Hartford, New Haven, Waterbury, New Britain, and Bridgeport, 37% of residents lack computers. One-third of households making less than Connecticut’s median income do not have a computer in the house. Only 6% of homes above the median income lacked computers.

“It’s hard to do school work or have a telehealth session when you only have a smartphone with a small screen and a data-limited wireless service plan,” John Horrigan, the report’s author, said during a Tuesday press conference.

CCM Executive Director Joe DeLong commended Dalio Education and state officials for purchasing and distributing 60,000 laptops to low-income students across the state. That effort was part of a public-private venture, which fell apart amidst transparency complaints in May.

Ultimately, DeLong said, Connecticut’s digital disparity “cannot be solved by a philanthropic group” and will require government investment in the country’s digital infrastructure. He compared the issue to efforts to spread access to electricity to rural areas of the country. In 1936, Congress passed funding to build up the electrical infrastructure. Internet access should be shored up in the same way, he said.

Delong said that once the dust settles from next week’s election, his group will engage federal lawmakers and push to have the issue addressed in the next round of COVID relief legislation.

In addition to the report, the groups commissioned a public opinion survey, conducted between September 14-18, which found likely Connecticut voters concerned about the report’s conclusions. According to the poll, 90% of likely voters were concerned by families with children lacking internet access during the pandemic. Meanwhile 86% were concerned that Black and Hispanic students were less likely to have internet access.

“We found almost unanimous levels of concern for some of the key findings on Connecticut’s digital divide,” said James Delorey, senior vice president of Global Strategy Group, the firm that conducted the poll.

In a statement, Timothy Wilkerson, president of the New England Cable and Telecommunications Association, said that nearly all Connecticut homes have physical access to broadband internet. He said the association recommends policies focus on providing hardware like computers and smartphones to students in need.

“The state has consistently been ranked nationally as a top state for broadband access for over a decade, including a #1 ranking in 2020,” Wilkerson said. “NECTA’s members are working with Governor Lamont on the Everybody Learns school initiative to ensure all Connecticut students can have access.”

CTLN and CTNewsJunkie are partners in best serving the Hispanic, Latino community of Connecticut. 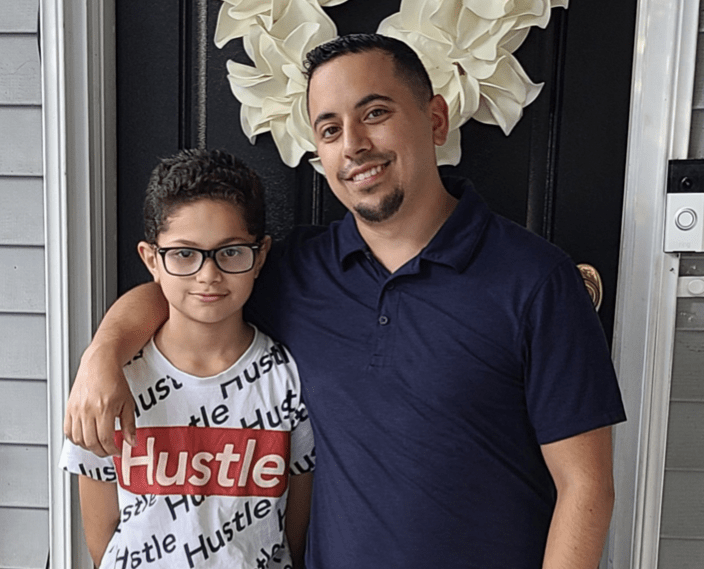