When Amanda, 28, found out that she was pregnant with her second child, she was in the middle of the COVID-19 pandemic and struggling with opioid use disorder.

“I was pretty heavy into my drug use,” said Amanda, whose last name is being withheld due to patient confidentiality. “I had given up hope and was figuring out a way to use drugs and get away with the consequences. But it doesn’t work like that.”

Now, however, Amanda is feeling “really good.” That’s because she is in a clinical trial for pregnant women run by the Yale School of Medicine, through which she receives medication-assisted treatment (MAT) for her opioid use disorder (OUD). Amanda’s OB-GYN is among a group of physicians at 12 clinics in Connecticut and Massachusetts who are training with Yale to offer OB-GYN care and treatment for substance use disorder under one roof to pregnant patients.

The study comes as the COVID-19 pandemic exacerbates the struggle for women like Amanda, whose disorder began when she first tried heroin at the age of 18. “Pregnant women with a history of substance use disorder have not been able to go to groups and turn to the people they rely on to help them,” said Dr. Ariadna Forray, associate professor of psychiatry at the Yale School of Medicine and director of the Center for Wellbeing of Women and Mothers. “Those connections aren’t there, and so we are seeing an increase in substance use.”

Forray, who is involved with the study, pointed out that pregnant patients do not get the same access to OUD treatment simply because they’re pregnant. “A lot of providers do not feel comfortable treating pregnant patients, and there’s currently no established model of care for opiate use disorder in prenatal clinics.”

Data from the Centers for Disease Control and Prevention show that the number of women with OUD at labor and delivery more than quadrupled from 1999 to 2014 nationwide. Connecticut data was not included in the report.

In Connecticut, data show that drug overdose deaths overall surged 14.3%, at 1,372 deaths, in 2020, compared with overdose deaths statewide in 2019. The state Department of Public Health—based on data from the Office of the Chief Medical Examiner—reported 250 confirmed overdose deaths as of mid-March 2021, with 255 pending cases. Women made up a quarter of the 6,531 overdose deaths from 2015-2020, state data show.

The American College of Obstetricians and Gynecologists and the American Society of Addiction Medicine both support MAT as the gold standard for opioid use disorder treatment during pregnancy.

In MAT, monitored doses of methadone or buprenorphine are administered to prevent withdrawal symptoms that could devastate the fetus. Yet, pregnant women are hitting a barrier when accessing MAT because of the nuanced care they require. “At least 90 percent of patients with OUD who are interested in receiving buprenorphine for medication-assisted therapy can obtain a prescription if they are not pregnant, compared to less than 75% of pregnant patients,” Forray said.

A nationwide study led by Princeton University researchers, published April 2021 in JAMA, found that the COVID-19 pandemic limited access to buprenorphine, which may have contributed to the increase in opioid overdose deaths.

The Yale study, which is funded by the nonprofit Patient-Centered Outcomes Research Institute, tracks two ways of providing MAT treatment to women before and after the birth of their child. Amanda is in the Collaborative Care (CC) model, where a recovery coach becomes a one-on-one source of support through the pregnancy and three months postpartum. The other program, called Extension for Community Healthcare Outcomes (ECHO), uses video training and mentoring to help clinicians treat pregnant women with OUD. Yale hopes to enroll 480 women—currently, there are 30—half at CC clinics and half at ECHO clinics.

“The medicated assisted treatment takes away the withdrawal and cravings,” Amanda said. “My recovery coach understands me and is real with me. If I ever did have a slip up, it’s something that I wouldn’t have to hide from her or feel ashamed of because she’s constantly letting me know that slipping up is also part of recovery.”

In Connecticut, there is an effort to get people with OUD in MAT programs.

Medicaid / HUSKY Health is actively pursuing the enrollment of MAT providers. Beacon Health Options, Medicaid’s behavioral health administration services contractor, saw a 66% increase in the number of provider locations since 2017. Medicaid data also show that in 2020, 73.8% of 36,007 members received MAT, compared with 68.8% of 37,679 members in 2017.

But during Amanda’s first pregnancy, not only did she not receive MAT at her OB-GYN clinic, she said she felt “super, super ashamed” during visits.

“I was struggling with addiction, and I didn’t know that they were drug-testing me,” Amanda recalled. “I was obviously having dirty urines because I was using, but they never confronted me, like, ‘Hey, we know you’re struggling.’ Once I had the baby, DCF [the Department of Children and Families] was at the hospital, and I was like, oh, wow. They opened an investigation, and I was able to clean it for a little bit.”

This time around, Amanda refers to her pregnancy “as amazing” all because of the Yale study. “They’re getting my doctors more involved, almost like trying to get rid of the stigma around addiction and pregnancy and telling them that it’s OK to talk to me about it.”

Dr. Amy Snyder, an OB-GYN at Coastal OB-GYN & Midwifery in New London, said it is necessary to get more OB-GYNs comfortable with treating pregnant patients with OUD because ultimately, patients and communities are better off. “Studies like this push us in the right direction,” said Snyder, who is a participating physician in the trial.

Amanda just celebrated being “six months clean” and marked the milestone by saving toward buying a house instead of spending “every dollar on drugs.” More important, her 3-year-old son’s “happiness is through the roof. My partner’s happy. This is a redemption pregnancy.”

Without MAT provided by her OB-GYN, combined with the support from her recovery coach, none of this would have been possible, Amanda said. “Addiction doesn’t happen overnight, and neither does recovery,” she pointed out. “Because honestly, I would rather be doing what I’m doing with the help of methadone than to be back on the streets using drugs.”

In this article:Hispanics and Health, opioid addiciton 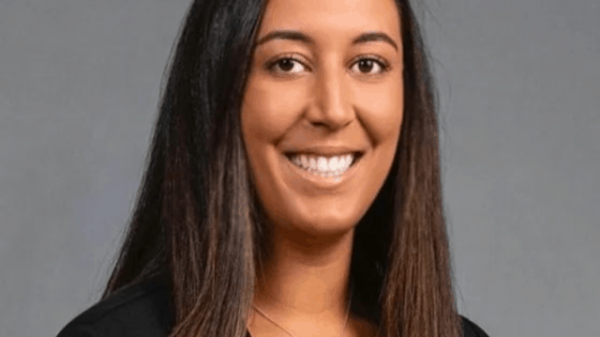