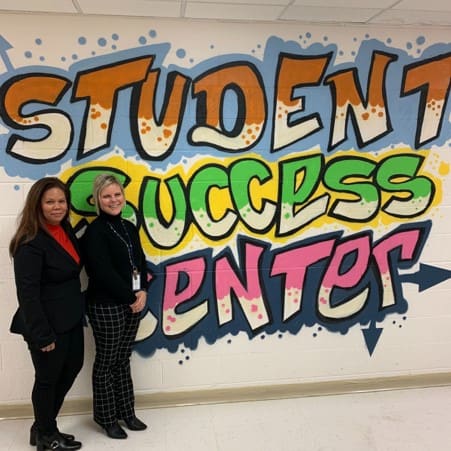 For the 2018-19 school term, 30.9 percent of the 10,648 Hispanic, Latino students in the Hartford Public Schools were classified as chronic absentees according to the state’s data.

And while the city’s high chronic absenteeism is hardly limited to Hispanic students, the reality that this group comprises 54 percent of the district’s nearly 20,000 enrollment, is the primary driving force in an overall rate of 25.4 percent,  a situation handicapping the district’s effort to provide a pathway to academic and career achievement.

In comparison, the state chronic absentee averages are 10.4 percent for all students and 16.4 percent for Hispanics. The latter rate in Hispanics also exceeds what has been reported for three other districts with about 10,000 Hispanic students, Bridgeport, (20.7 percent) and Waterbury (16.2 percent) and New Haven (19.5 percent).

But that was then and this is now and Hartford’s attendance pathway for student success has significantly moved forward behind the slogan Attend Today, Achieve Tomorrow and Attendance Matters.

For the first quarter of the 2019-20 school year, Hartford’s overall absentee rate dropped 5.4 points from the first quarter of 2018-19, an improvement that encompasses every grade level except one where there was a small increase, said John Fergus, director of communications and marketing.

“We know attendance matters,” said Superintendent Dr. Leslie Torres-Rodriguez. “Statistics show that chronic absenteeism, defined as missing at least 18 days of school or 10 percent of the school year, has a direct impact on our students’ academic success,” she said.

According to research posted on the district website, chronic absenteeism “hinders the development of reading skills in the lower grades and causes many students to drop out or fail to earn enough credits to graduate high school with their classmates.”

Dr. Torres-Rodriguez has made reducing chronic absenteeism a priority for the new school year and also is “very focused” on helping “over-age under-credited students” catch up with their classmates by graduation, said Liliana Ballestas-Cuevas, coordinator of the Student Support and Success Center, a pilot program at Hartford Public High School which debuted in April and address both academic progress and absenteeism.

“The Student Support and Success Center, Dr. Torres-Rodriguez said, “aligns with the four major priorities of our District Model for Excellence: Teaching and Learning, Family and Community Partnerships, Operational Effectiveness, and School Culture and Climate. It also moves us toward achieving some of our major goals, including increasing graduation rates, decreasing chronic absenteeism, and increasing student perceptions of feeling safe and valued.”

Along with Cuevas, who manages day-to-day operations, the SSSC team consists of licensed social worker Samantha Burgos, who like Dr. Torres-Rodriguez is an HPHS graduate; an academic intervention specialist and certified teacher Lisa Sepe, and graduate specialists Mary Gomez and Nahashon Ogutu.

The center also has some “co-teaching happening,” Sepe said, with a math teacher coming in and two science teachers splitting coverage.

A primary goal of the success center, which is based in a small wing of HPHS and features a computer lab, is to help students “recover” credits they have lost and are causing them to fall short of advancement and graduation requirements. At the same time, there is the recognition that excessive absenteeism can lead to students receiving a failing grade for non-attendance or inability to keep up with course work, Sepe said.

“The main focus this year is the ninth and eleventh graders, who are repeating,” Cuevas said. This involves having the 9th graders recover some of the credits to move to the appropriate grade and the 11th graders to catch up enough to become seniors and graduate with their class in June or after summer school in August.

“There are so many variables behind chronic absenteeism, Sepe said. Some of the circumstances include “having a bad day,” students working at night to help their families, teen parenting, and language barriers.

A major element in the center’s success, Sepe said, is keeping in regular contact with students and their families. “If the student is not here, we contact the family,” the academic intervention specialist said.

Students can use the lab before and after school and during breaks in their school day or at home. It includes a helpline and provides direction and instruction, if needed, in Spanish and other languages.

The center sends updates every two weeks to Dr. Madeline Negrón the chief academic officer and Dr. Torres-Rodriguez, who has visited the center at her alma mater a half dozen times this term.

So far, the Student Support and Success Center appears to be paying dividends through its individualized instruction and attention to dis-engagement issues. Fifty-five students were able to recover enough credits last spring to graduate with the Class of 2019 either in June or at the end of the summer term in August.

It was the late 1980s, the dawn of the notorious gang wars in Connecticut’s capital city that plunged sunny days into darkness, when...

David Medina/CTLatinoNews.com                   The Earth shook on March 12. The Hartford Courant, armed with mountains of statistical and anecdotal evidence, published the first...

David Medina/CTLatinoNews.com The Golden Age of Education Reform at Hartford Public Schools is over. It ended Tuesday night, Sept. 20, when the Hartford...