Spanish wine makers are looking to make their mark this summer by introducing high quality wines and lower prices to entice wine aficionados.
Bloomberg.com reported that wine drinkers have been more drawn to varietals like tempranillo, garnacha and verdejo, which are produced from regions like Galicia, Valencia, Catalonia and Aragon.
The rise of the Spanish wine market could be from the gaining popularity of tapas bars outside of Spain. However, red wines dominate critical success over their white wines.
Rick Pritcher, wine director at the Spanish brasserie Manzanilla in New York, said most of the patrons “know little or nothing” about Spanish wine when they come in. The restaurant stocks about 125 varieties.
“Spanish wines also offer an array of older vintages that give perspective to how well these wines age,” the report said, “That’s quite a change from 20 years ago, when so many Spanish wines consisted of blends of various vintages.”
Bloomberg.com put together a list of six can’t-miss Spanish wines for summer that won’t break the bank:
Luis Canas Crianza 2008 ($15)
Vinedos Valderiz Ribera del Duero ($34)
Bodegas J.C. Conde Vivir Vinos de Fabula Vivir 2007 ($14)
Alta Banderas A10 Crianza 2008 ($16)
Dominio de Atauta 2008 ($34)
Xavier Flouret Pavo Real Crianza 2005 ($20)
Read more about them here.
(Photo by jenny downing via Flickr) 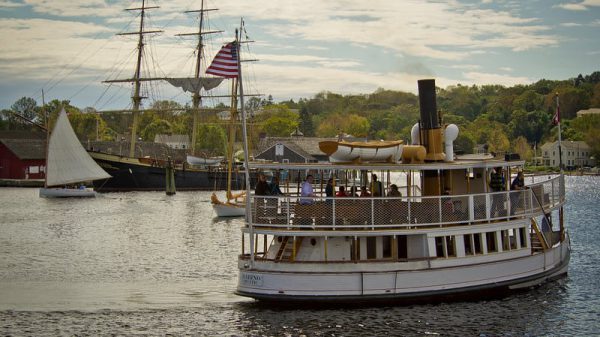 By Annika Darling, CTLatinoNews.com To experience the summer in Connecticut is to experience pure magic. Everywhere you look there is a plethora of natural beauty...

By Karen Cortés CTLatinoNews.com Pools across Connecticut are opening every day, and beaches are full of families ready for a break from the heat. Swimming...