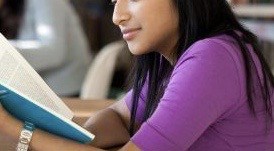 A recently released report by the Urban Institute looked into how students fare at universities in Connecticut and Virginia, according to an article in The Hechinger Report.

Researchers at the Urban Institute used race and ethnicity to calculate graduation rates. What they found was that white and Asian students had higher graduation rates than Latino and black students at most colleges, according to the article. The report found that while gaps in graduation rates were lower in Connecticut universities compared to those in Virginia, the gaps were evident.

The report, “Understanding Equity Gaps in College Graduation” and authored by Erica Blom and Tomas Monarrez was published in January 2020. Blom and Monarrez focused on Connecticut and Virginia because these were the two states where they were able to get detailed data for students, according to the article. But it also noted that findings were likely similar on a national level. Researchers looked at data from both public and private universities in both Connecticut and Virginia who volunteered to share the data. However, while Connecticut institutions provided the data, they asked that the name of the college or university not be used.

“Institutional leaders need to think strongly about the way their rhetoric does not align with the actual institutional policies in who gains access and graduates from their college,” Dominique Baker, an assistant professor of educational policy at Southern Methodist University, told The Hechinger Report in an email. “I mean, why does a student’s lack of financial resources predict the gap in graduation likelihood between black and white students?”

In addition to academic preparedness, the report also looked at income. For Connecticut, the researchers could see whether the student came from a family that qualified for a Pell Grant.

Researchers adjusted their data to see if graduation outcomes were different if income was not an issue. The researchers adjusted the graduation rates, comparing students with the same academic preparation and family income. While the gaps dropped significantly at most colleges — by more than half — differences along race and ethnicity remained, according to the article.

“If the will or money is not present, it is difficult to see large-scale structural change occurring,” Baker told The Hechinger Report.

According to the article, addressing the graduation gap will not only be expensive but also require more financial aid, tutoring, and academic advising.

In this article:Latinos graduation rates