“It gives me some sort of relief, but there’s still uncertainty,” said Joseline Tlacomulco, a student at the University of Connecticut about the U.S. Supreme Court ruling Thursday that the Deferred Action for Childhood Arrivals Program (DACA) cannot be shut down.

“There are still a lot of people who are excluded from the program,” she told the CT Mirror. Tlacomulco emigrated from Mexico with her parents when she was 8 months old.

The U.S. Supreme Court blocked key Trump campaign issue on immigration, blocking the administration’s 2017 decision to end DACA, created under President Barack Obama. The Supreme Court cited a failure by the Department of Homeland Security to give an adequate justification for the termination.

The Migration Policy Institute estimates there are nearly 4,000 DACA recipients in Connecticut, with approximately 7,000 more who could be eligible for the program.

President Donald Trump‘s immediate reaction to the legal defeat was a tweet. “Horrible & politically charged decisions” calling them “shotgun blasts into the face of people that are proud to call themselves Republicans or Conservatives.”

President Obama looked back to eight years ago when he first announced the program; adding a call to action to elect Vice President Joe Biden and Democrats to Congress this fall to ensure protections for DREAMers.

The original author of the DREAM Act, Senator. Dick Durbin, D-Ill., celebrated the decision. In describing who DACA recipients are, of roughly 700,000, Durbin said 200,000 are essential workers and 40,000 of them are health care workers helping fight the novel coronavirus, reported ABC News.

Connecticut’s lawmakers were also quick to react to the news the Trump Administration’s attempt to do away with protections for young immigrants was blocked.

Senator Chris Murphy told WFSB those “dreamers” had been living in fear of a deportation threat for far too long.

“It’s a relief that [Thursday’s] Supreme Court decision ends some of this uncertainty and continues to protect Dreamers,” Murphy said. “But this is only a partial, temporary victory. The Trump administration has shown time and again its desire to attack immigrants, and it’s up to Congress to pass legislation that permanently protects Dreamers. I’ve met so many incredible Dreamers across Connecticut, who work hard every day to make our country better and contribute to our economy. The United States is a nation of immigrants, and we need to keep it that way.”

“The rule of law has won against mean-spirited lawless leaders, renewing trust in our courts. We should be inspired by this historic legal victory to radically reform the present broken immigration system. Comprehensive immigration reform is no less urgent and vital,” Senator Richard Blumenthal said.

“Dreamers are members of our communities and any attempt to change that would be unjust and wrong,” Governor Ned Lamont said. “Tearing people from the only homes they have ever known is cruel, heartless, and – despite what the administration may claim – doesn’t even serve a national security purpose.”

Publisher’s Notes: The young people impacted by DACA and the Development, Relief and Education for Alien Minors (DREAM) Act are often referred to as “Dreamers.”

Who are DACA recipients?

As many as 1.3 million people were immediately eligible, according to the Migration Policy Institute. Of those, about 800,000 have enrolled. Another 400,000 would be eligible if they met the education requirement. About 230,000 more are younger than the minimum age of 15 but would become eligible if they get a high-school diploma or equivalent. The vast majority are from Mexico, with smaller contingents from Guatemala, El Salvador and other countries. Most have no connection to their previous countries. Some didn’t know they were undocumented until they sought driver’s licenses or college aid. Current law makes it difficult for them to obtain legal status unless they leave the country and apply.

(What you need to know about DACA and the ‘Dreamers’) 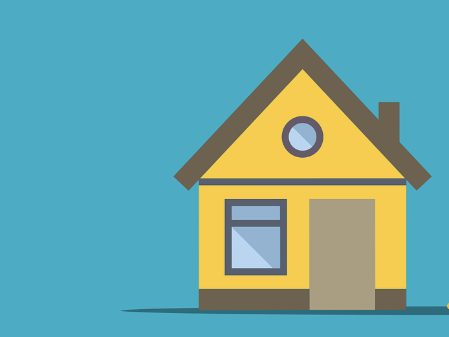 Governor Ned Lamont announced on Monday the launch of MyHomeCT – a new State of Connecticut program that is providing mortgage relief to homeowners who have...

As lawmakers in Washington, DC discuss and debate the latest iteration of the Dream Act, the founder and head of content for El Tri...