Radio is a cultural asset to the Latino community. Latinos in Connecticut, and in the U.S. as a whole, listen to the radio more frequently and for longer durations than any other ethnic group. This is not a trend. This is not a fad. This is part of Latino culture.

Connecticut Public Radio’s Senior Vice President of Marketing and Branding Sarah DeFilippis discusses the importance of this media outlet to the Latino community: “What we know is that the national data we’re looking at shows there is current of sharing, dialogue and engagement woven into Hispanic culture, and that music is a social and cultural connector, a source of personal enjoyment, and an important unifier within the [Latino] community. So radio is an important component of that. Nationally, [Latino] consumers spend 32 hours per week listening to music, outpacing non-Hispanic whites and the total U.S. population. Radio—both online and terrestrial—remains a key source of music for [Latinos], who consume far more radio than the total U.S. population.”

According to Nielsen’s 2018 State of the Media: Audio Today report, 42.3 million Latinos listen to the radio every week. This is up from 41 million in 2016. An increase of over 1 million listeners in just two years.

In order to reach deeper into the Latino community in Connecticut, Connecticut Public Radio has been readily investing in journalism on radio and digital platforms through initiatives. DeFilippis, explains that “as a public media organization, our mission is to inform, educate and inspire the citizens of Connecticut … For example, after Hurricane Maria we launched a large multi-platform (radio/digital/television) reporting project called The Island Next Door and reported directly from Puerto Rico to Connecticut residents. That initiative also featured a Facebook group dedicated to the project where the community could engage.”

Connecticut Public Radio has also become part of the public radio collaborative “Sharing America,” covering the intersection of race, identity and culture. The initiative is funded by the Corporation for Public Broadcasting and includes reporters in Hartford, Conn., Kansas City and St. Louis, Mo., and Portland, Ore.

DeFilippis adds that another important project in October 2019, was a local TV documentary titled Collision Course, which took a closer look at the police-involved shooting that occurred in Wethersfield in April 2019. This is a hyper-local story that DeFilippis believes “Connecticut audiences want to explore more deeply with us.” She says the goal is to create more context about complex issues and create productive conversations in Latino communities”.

“But it’s important to note,” DeFilippis continues, “that we approach these projects as multi-platform, because our listeners are also highly engaged digitally. So our content and reporting may be featured on radio, but we are always looking for ways to meet the audience where they are, whether that is streaming audio, podcasts, digital video stories, social or even television.”

Statistics show that traditional radio consumption is steady, but streaming audio consumption is really taking off, especially in the tech-savvy Latino community. DeFilippis informs that nationally the average age of Latinos in the U.S. is 27, and Latinos are highly digitally connected. She says, “We know that they’re more likely to use tech than any other segment of the population (97 percent of [Latino] households own a smartphone, and [Latino] consumers spend over 27 weekly hours using apps and the web on smartphones),” DeFilippis explains. “More than 1 in 5 [Latino] households owns a smart speaker, which is higher than the total population. So [Latino] consumers have become leaders in digital-early adoption.

“Radio is really important, but extending that affinity to digital platforms is critical too. So first, we need to be where those listeners are—and then we need to produce content that they care deeply about. Our research shows that we have a unique opportunity as public media to produce news—particularly local news and information—that reflects the interests and affinities of the [Latino] community. In Connecticut, that is a large and important constituency, and we’re working hard to be in conversation there so we can deliver the information they are interested in.”

Brenda Gonzalez and Ana Sheila Victorino are two tech-savvy Latinas themselves and recognized that they could leverage the podcast platform. In 2016, they created Tamarindo, a podcast with the mission to educate listeners on the important issues that impact the Latino community. Gonzalez and Victorino say that the podcast was inspired by the lack of Latino voices in the podcast space and they were interested in using this medium to broaden awareness on issues like gender, race, politics, identity and civil rights with a Latino perspective.

Delivering Latino news or discussing Latino-related issues via a Latino voice has proven to be an important component to the Latino community, and something that Gonzalez and Victorino see as lacking. With Tamarindo they are working to bridge this gap.

“[Latino] radio/podcasts are a way to close the gap in terms of the lack of [Latino] media representation in traditional forms of media (television and film). Since we don’t see ourselves nearly enough on the screen, podcasts give us a way to connect and relate with content that speaks to us in ways that we are not getting from film and television.

“Podcasts are also a reflection of community power. We are creating content by us for us because our voices and our stories need to be heard however we can do it and podcasts/radio allows us to do it even with a limited budget.”

Co-creator and host of Alt.Latino (an alternative music radio show aired on both NPR and Connecticut Public Radio) Felix Contreras says this is a huge reason he got into this line of work. “In addition to allowing me to pursue my passion of music,” Contreras explains, “this job allows me as a journalist to help tell our stories, help tell Latino stories. Help tell our stories in our own words and not have other people tell our stories.

“So when La Santa Cecilia remakes Strawberry Fields from the Beatles, but casts it in the strawberry fields in the Salinas Valley where farm workers are picking strawberries, she’s telling our story, right? She is telling [Latinos’] stories. And I’m giving her space. I’m giving that band space to tell that story in that context. That’s why I got into this business. To tell our stories. To tell stories about the Latino community that are not filtered, that are not interpreted by people that are not from the community. I’m sharing these musicians’ direct message to people who want to hear it.”

Connecting the Latino community by tapping into one of the oldest forms of communication, the ubiquitous radio, has always connected the Latino community. Contreras says that throughout history, if there were more than 10 Latinos that were new to an area, you could always chart the growth of the Latino communities where new when radio stations started popping up. And that is still true today. Except what we see now is an expansion of this, a diversification into different media platforms and a push towards more Latino voices telling their stories here in the U.S..

DeFilippis says Connecticut Public Radio will continue to respond to the demands of their listeners and continue to move in this direction. “Latino USA and Alt.Latino are very popular national shows that air on Connecticut Public, and we want to expand on that by providing more local news and information of interest to the community.”

Gonzalez and Victorino also talk about what the future holds in terms of podcasts and the Latino community: “We think we’ll see the professional quality and investment into [Latino] podcasts continue to rise. The positive piece here is that there are also more [Latino] investors looking for good ideas and people to support. As Latinos grow into more wealth and influence, a lot of people are ready to support other Latinos that might not have the capital but have great ideas. We also think we’ll see people apply different creative elements within the radio/podcast mediums and also leverage different mediums at the same time.

“It will be interesting to see what types of shows stick around and what opportunities open up to the more popular radio and podcasters. Similar to Youtube when it started taking off, we think we’ll see [Latino] podcasters grow beyond their show and into different types of opportunities across media.”

Their predictions very well may come true if the trend towards more representation of Latinos in radio and other platforms continues.

In this article:Alt.Latino, Connecticut Public Radio, Hispanics and radio, Tamarindo 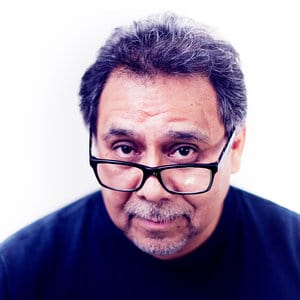 Alt.Latino: A Show About Music Discovery