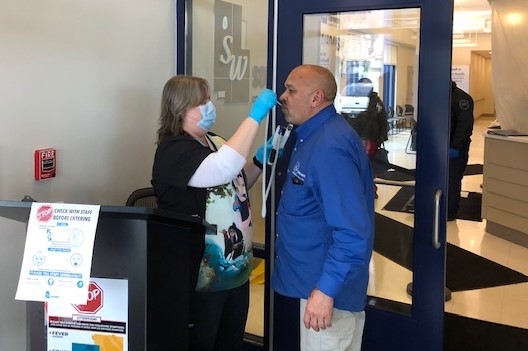 Community health centers that provide medical care to 400,000 low-income patients throughout the state are adapting to the coronavirus pandemic by shifting to telemedicine and reconfiguring the way the staff is offering in-person health services.

According to a study by the National Center for Biotechnology Information, Latinos, across age groups, appear to have a significantly more trusting attitude towards the health care system in general and telemedicine in particular.

But like many hospitals and businesses throughout the state, they are also facing deep financial losses during the public health emergency. Nevertheless, they continue to provide frontline medical services—from essential wellness checks such as childhood immunizations to COVID-19 screenings, officials said.

“They are the frontline helping patients get to the right place at the right time during this very difficult circumstance,” said Ken Lalime, chief executive officer of the Cheshire-based Community Health Center Association of Connecticut. “It’s what they do all the time, but during this crisis, it becomes incredibly important.”

A network of community health centers throughout the state provides health care for about 11% of the state’s population by offering services on a sliding scale for those who don’t have insurance and by accepting Medicaid, Lalime said. His organization represents 16 of the 17 health centers in the state.

“We take care of the patients in need,” he said. “Anyone who shows up at the door gets serviced regardless of their ability to pay.”

The health centers were initially hit hard with extra expenses while trying to make the shift to outdoor triage tents for screenings and telemedicine services. At the same time, many also saw a 50% drop in the number of patients coming in for services, Lalime said.

The losses cut deep, said Michael Taylor, CEO of the Cornell Scott-Hill Health Center serving New Haven and Hamden. “We had to furlough staff,” Taylor said. “Those furloughs were effective [Wednesday]. Our visit volume declined 50 percent since the beginning of March. Needless to say, you can’t maintain a workforce with 50 percent less patients.”

The Cornell Scott-Hill Center shuttered 12 school health centers in New Haven and Hamden when schools were closed in March to help stem the spread of the virus. The dental clinic can only perform emergency procedures, and patients are fearful about in-person visits, Taylor said.

“What we’re concerned about is that they might be more ill than they think, and we want to be proactive,” he said.

The good news is that Taylor’s center had already piloted telemedicine through a grant. “We’ve been doing some form of telemedicine for a year and a half,” Taylor said. “We regarded it as the future, and we didn’t want the future to be knocking at our doorsteps.”

As it became apparent that the coronavirus, which causes a respiratory infection called COVID-19, would create a spike in illnesses and deaths in Connecticut, local community health centers had to adjust with lightning speed to determine how to deliver services safely and limit transmission of the disease, providers said.

Fair Haven Community Health Care, which serves 18,000 patients in the New Haven area, initially was beset by many of the same problems, including a decline in patients while trying to ramp up telemedicine quickly, said CEO Dr. Suzanne Lagarde.

But Lagarde said now she is concerned about meeting patient demand after some workers were furloughed due to the decline in patients, while other staff members have tested positive for COVID-19 and are out of work and still others are quarantined at home.

Fair Haven is doing about 80% of their work through telemedicine, and are screening those seeking in-person appointments for symptoms of COVID-19. “There is still a need for face-to-face appointments, but we are doing it at one site,” Lagarde said. “We are trying to bring only non-COVID patients there. Everyone is getting screened with a questionnaire and a temperature check. If they have symptoms, they are being sent to triage.”

The center is trying to get the word out to immigrants that they can still seek care during the health emergency, she said. They have also waived fees related to COVID-19 and all other health services for eligible patients. “People are fearful of coming forward, but we want them to know they can come in and be seen and cared for,” Lagarde said.

At the same time, Fair Haven has taken over the management of health care for thousands of residents of the Bella Vista apartment complex in New Haven. Fair Haven is encouraging social distancing so residents won’t have to leave their apartments to seek services.

“We’re doing as much telemedicine or telephonic medicine as possible. We’ve even set up a specific phone line for residents of Bella Vista,” Lagarde said. “Staff will go into their apartments wearing personal protective equipment if they need an in-person visit to make sure patients there are cared for. We’re also trying to coordinate with them for their food.”

In the short term, the new efforts are working. The crisis has generated innovations in patient care, said Mollie Melbourne, president and CEO of Southwest Community Health Center, which serves 27,000 people in the greater Bridgeport area. But the financial impact of closing dental clinics to all but emergencies and reduced in-person visits will likely take a long-term toll, Melbourne said.

“We started with telephonic services because it was able to get up and running pretty quickly,” Melbourne said. “Almost all patients have access to a telephone.”

The center has now fully launched telemedicine and video conferences for those patients who have internet access, she said. Some of the telemedicine care is being done by providers treating patients who are 65 or older or who have health conditions that would put them at higher risk for complications if they contracted the virus, Melbourne said.

Transportation has always been a barrier for patients, Melbourne said. “This is a huge opportunity for our population to make sure they are getting the services they need,” she said. “Now we can serve just about all of their needs remotely. In some ways, the crisis has helped because it’s forced us to figure out very quickly how to provide services.”

There have been other adjustments as well. The women’s health care site is now used for urgent care. Three locations switch between wellness visits for child immunizations and prenatal care in the morning to sick visits in the afternoon.

Everyone who is seen at Southwest Community Health Center is screened for a fever and other symptoms of COVID-19, which include cough and difficulty breathing, before they are allowed to walk in the door, Melbourne said. “We are trying to limit the movement and travel to our sites to be seen. We can do a lot of appointments on the phone,” she added.

Southwest has had to furlough some employees due to the downturn in patient numbers, Melbourne said. She’s also concerned about the long-term impact the crisis will have on access to health care in the communities they serve.

“We are losing tens of thousands of dollars each day,” Melbourne said. “As a result of this financial impact, we have paused expansion efforts, with the exception of a project already underway, and implemented a hiring freeze. This will have a lasting impact on our patients and community as our plans were in direct response to need.”

In this article:coronavirus, Healthcare, Hispanics and Health, telemedicine 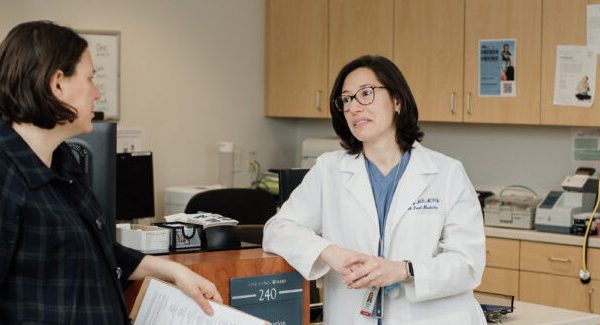