As Puerto Rico has spiraled toward possible bankruptcy, the island’s sole representative in Congress has seen his family wealth swell, thanks in part to Wall Street companies that have sought to capitalize on the island’s financial crisis and have hired his wife to advise them.
The dual roles – those of a lawmaker and a spouse who are both involved in the financial affairs of their community – are hardly unusual in Washington, a city where power couples are increasingly common and, at times, celebrated.
But legislation that Pedro R. Pierluisi, a Democrat and the resident commissioner to Congress from Puerto Rico, has introduced would benefit at

least two of the companies that have hired his wife, María Elena Carrión, for financial advice.
Ms. Carrión set up her own Puerto Rico-based financial advisory firm just 20 days after Mr. Pierluisi, 56, was elected to Congress in 2008, records show. Its value has climbed to more than $1 million since, and the couple’s average net worth has increased 27-fold since that election.
And as Ms. Carrión, 51, has done her work for these firms, Mr. Pierluisi’s office has been lobbied by two of her clients, Fundamental Advisors and Och-Ziff Capital Management, documents provided by the resident commissioner’s office show.
Separately, a Wall Street hedge fund executive whose firm took part in a $3.5 billion bond sale in 2014 for Puerto Rico, has raised money for Mr. Pierluisi’s race for governor of Puerto Rico, campaign finance records and emails show.
“The congressman would like to continue the dialogue with the investment community,” said an email invitationthe executive sent in July 2014. It added that “other asset managers and political personalities” would be attending the event. “A contribution is suggested, as the congressman is pursuing the governorship in 2016.”
No House rules require Mr. Pierluisi to disclose the names of his wife’s clients, and he did not. The names of her Wall Street clients came to light after The New York Times requested them.
In separate interviews, both Mr. Pierluisi and Ms. Carrión said they kept their professional careers separate, and that nothing that Mr. Pierluisi had done in Congress had in any way been intended to benefit his wife’s start-up company, Multicultural Capital, or his bid for governor.
“She has every right to engage in her profession,” Mr. Pierluisi said during an interview at his Capitol Hill office. “It has nothing to do with what I am doing in Congress. The only link here is that it happens in Puerto Rico.”
Ms. Carrión – who earned a master’s degree in business administration from Columbia University and spent more than a decade working for Wall Street investment banks – called questions about the potential conflict of interest unfounded.
“I’m a mergers and acquisitions specialist with 30 years experience in the financial sector,” she said in a written statement. “As a woman and a minority, I’m proud to own my own business.”
Executives at the firms that hired her, including Fundamental Advisors and Och-Ziff, declined to comment on the record.
To read full story:  http://www.nytimes.com/2016/04/13/us/politics/puerto-ricos-prosperous-dc-power-couple.html?_r=0
In this article:Diane Alverio, Pedro Pierluisi, PR debt crisis 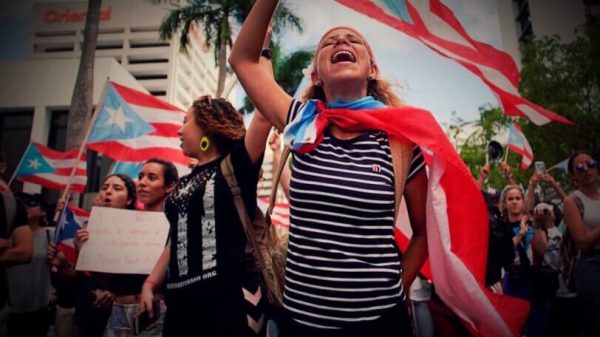 "The citizens of the island are sending a message...they want a government that is going to work for them not their pockets." -Ruben Rodriguez,...