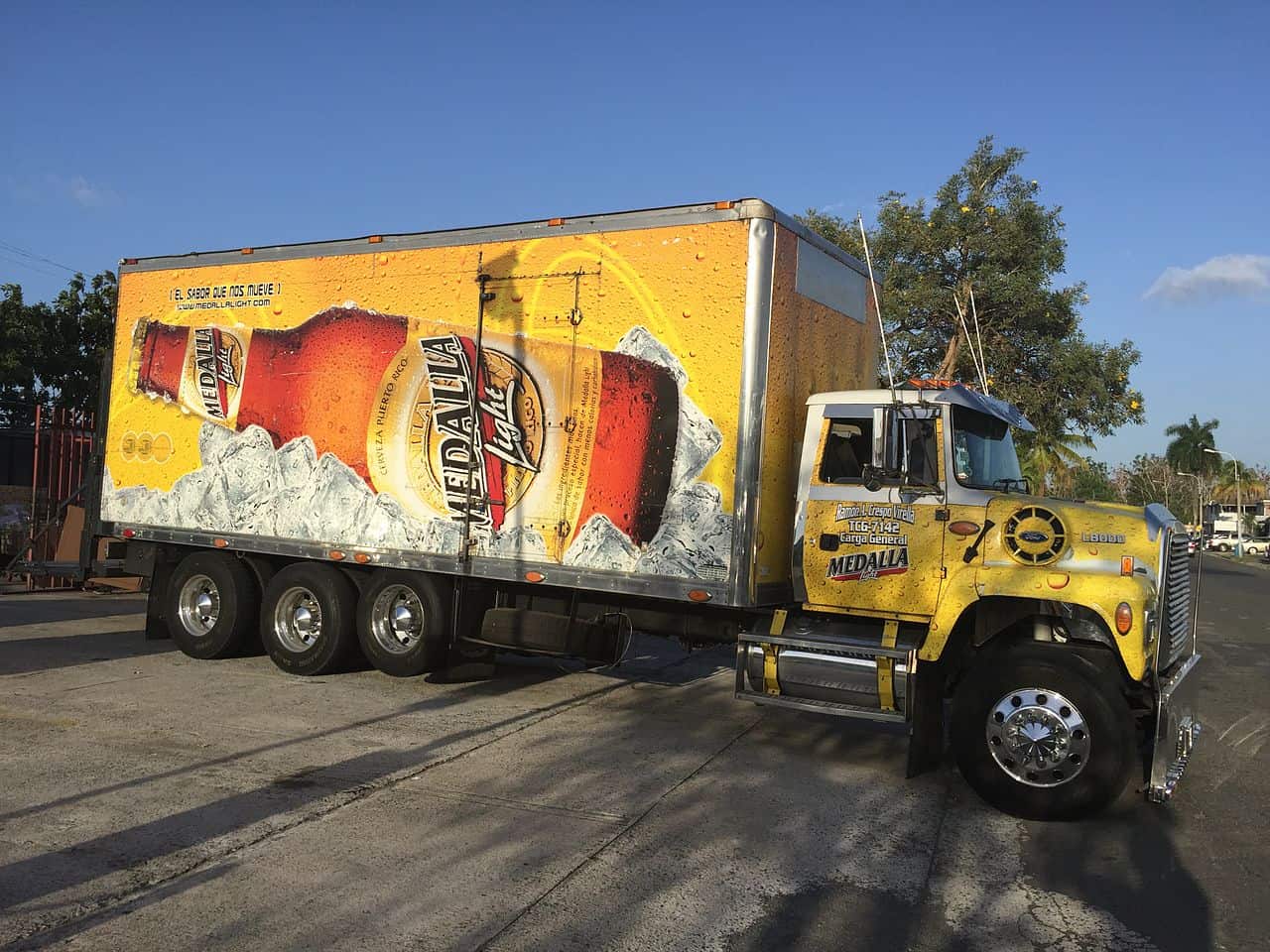 Hartford Distributors recently began delivering cases of imported Medalla Light beer to package stores in Central Connecticut where the Manchester-based company anticipated that there would be a strong market for the Puerto Rican beer.

Very quickly, this expectation was more than fulfilled. As soon as the beer “came in it went out,” said Juan Rivera, sales supervisor for Hartford Distributors.

The reaction to Medalla Light has been so strong in HD’s primary market, Hartford, Tolland, and New London counties, that the distributor is preparing to supply the beer to about 1,000 liquor stores and bars throughout the state in July.

The company’s chief executive officer Camalia Valdéz is familiar with Hartford having graduated from Trinity College and is credited with increasing the sales of Medalla Light.

Rivera said it took a year of meetings in Puerto Rico to arrange to get Medalla Light here. “We are the first state in the Northeast to have this beer,” Rivera said. Until now, you could only get it in Puerto Rico and Florida, the sales executive said.

Connecticut’s large Puerto Rican community was a ripe market for Medalla Light. Many people were already familiar with the beer from living in Puerto Rico. Others had heard about the pale lager from their father or grandfather who drank the beer when they lived on the island.

However, it is not just Puerto Ricans who are snapping up six- and 12-packs of the ten-ounce Medallo Light cans. “Everybody is buying the beer ­— white and black people as well,” said Jason Kiniry, manager of D’Aprile Package Store on Franklin Avenue in Hartford’s South End.

Another big source of customers is people had enjoyed Medalla Light during a trip to the Caribbean island. “If you visited Puerto Rico, there is a good chance you drank Medalla Light,” Rivera said.

Hartford Distributor’s first shipment from the Compania Cervecera de Puerto Rico brewery in Mayaqüez was 10,000 cases, but the Manchester-based distributorship quickly began wishing that its initial order had been bigger as demand for the pale lager was exceeding supply.

D’Aprile Package Store received 200 cases of Medalla Light but within a couple of weeks called up to order another 100 cases, said Kiniry. “We were told we could only have 40,” he said.

In the meantime, Kiniry said, “We have people calling, asking when we will have more.”

And there is plenty more coming. The next shipment, due to arrive on June 28 and scheduled to be distributed on July 1, is 40,000 cases.”But I don’t think this will be big enough — I have faith in this beer.”

The first batch of Medalla Light of only ten-ounce cans but in the future 12-ounce bottles will be included for the bar trade. “Some bars are buying cans now,” Rivera said.

The sales supervisor explained the reason the beer is sold in the 10-ounce cans rather than the typical 12-ounce unit is that the smaller container is likelier to be consumed before it loses its chill. “Puerto Ricans don’t want their beer to get warm,” he said.

Compania Cervecera de Puerto Rico introduced Medalla Light in the 1970s to meet the rising demand for lighter beers. The company, which was launched in 1937 by the three Valdéz Cobián brothers in Mayaqüez, also produces several other beers and soft drinks such as Malta India, but the light beer quickly became its main product and today even has its own website www.medallalight.com

Camalia Valdéz is the granddaughter of one of the company’s founders. A former practicing attorney, she is well known for her philanthropic work and political connections.

Kiniry expects sales of Medalla Light to “go crazy” during the summer and then level off when customers recognize it will be available regularly.

Hartford Distributors plans to use radio spots and digital media to market Medalla Light. “We also will do some promotions at a lot of Puerto Rican festivals,” Rivera said.

The impact of social media was apparent when Medalla Light first arrived in Connecticut. Someone would put a picture of a can of Medalla Light on Facebook,” Rivera said, “and 20 people would go buy it.”

The arrival of Medalla Light was good news to Julio Concepcion, a state representative from Hartford and executive director of the Hartford Chamber of Commerce. He said the beer is “fantastic” and “any time we can import goods for Puerto Rico, it’s a positive thing.”