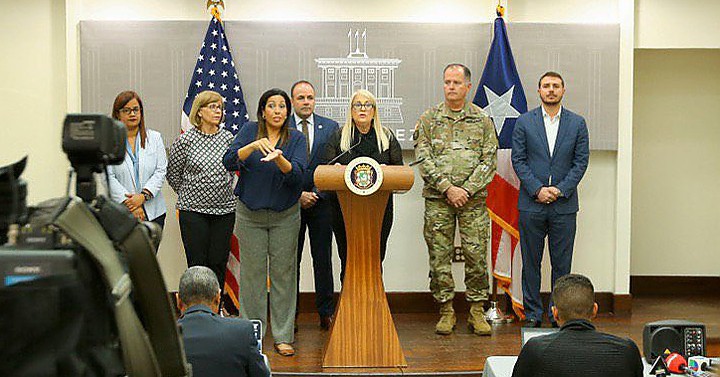 This story was reported under a partnership with CTNewsJunkie

SAN JUAN, PR – At the moment, Puerto Rico’s government appears to be taking the most aggressive steps in the U.S. to prevent the spread of coronavirus.

Less than 48 hours after the resignation of Health Secretary Rafael Rodríguez, Gov. Wanda Vázquez on Sunday signed an executive order closing school, all non-essential businesses, and also enforcing a curfew.

Governors across the U.S. have been gradually moving in this direction, but Vázquez appears to have skipped ahead, possibly because the island has only just begun testing for the virus.

On Monday, Puerto Rico’s government said a businessman in Orocovis had been arrested on a charge of violating the governor’s executive order, and police had intervened in 24 other locations based on other violations.

“This is not a recommendation,” said Secretary of State Elmer Román. “This is an order.”

The government reported that the 24 people received warnings, but that will not happen with the next violations of the order.

The order shutting down nonessential businesses states that the total closure shall apply to “shopping centers, movie theaters, dance clubs, concert halls, theaters, game or gambling rooms, casinos, amusement parks, gyms, bars, or any similar place or event that may promote the gathering of a group of citizens in the same place.”

Restaurants or food businesses offering carryout or delivery, pharmacies, medical equipment stores, gas stations, and banks may continue to operate from 5 a.m. to 9 p.m. Any person who fails to comply with the lockdown could face imprisonment not to exceed six months or a fine not exceeding $5,000, or both penalties, at the discretion of the court.

Puerto Rico also imposed a curfew until March 30, from 6 p.m. to 5 a.m. as the fifth case of coronavirus (COVID-19) was confirmed. Aside from the five tests that were positive for the virus, nine came back negative and four more tests were pending Monday.

So far, 227 people had called the hotline – (787) 999-6202 – created by the government to report to medical personnel that they had symptoms of coronavirus, said the state’s chief epidemiologist, Carmen Deseda.

Starting tomorrow, all press conferences will be online.

In this article:coronavirus, Health, Puerto Rico