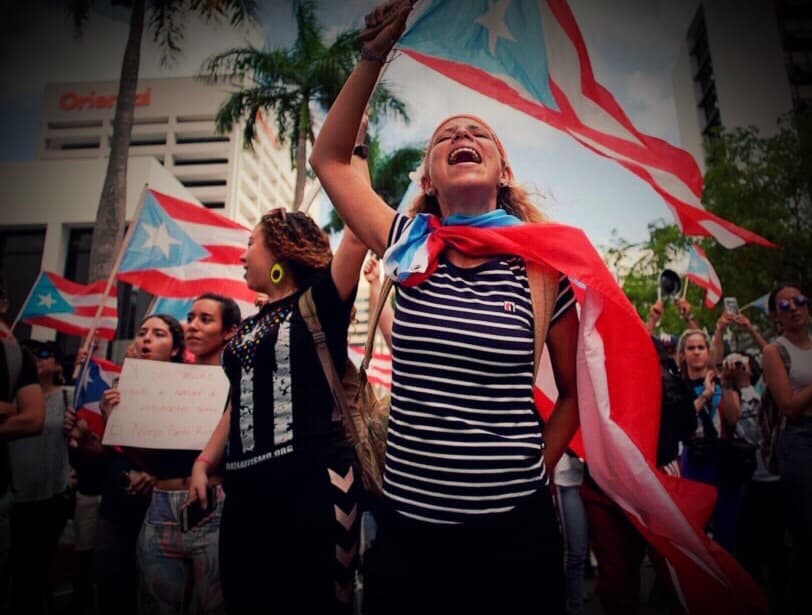 Having shown the world how to peacefully topple an irresponsible and disrespectful governor, and to force out much of what is widely perceived as a corrupt administration, the people of Puerto Rico have scored a dramatic victory.

Clearly, Ricardo Rosselló’s forced exit from the Fortalezza governor’s mansion on August 2 has energized and united island and mainland Puerto Ricans as never before.  However, there are still formidable obstacles before the people of the La Isla Del Encanto can gain control over their political and economic destiny.

“Just because one battle was won, the war is not over,” said Joseph Rodriguez, a founder of the Puerto Rican Agenda of Connecticut, president of the New Haven Puerto Rican Festival and former chairman of the Connecticut Hispanic Caucus.

Rodriguez and other Puerto Rican leaders in Connecticut were asked what should come next for the people of the Caribbean island. Generally, their responses focused, with some nuances, on two root issues: corruption on the island and a strained and unfair relationship with the U.S. government.

Emphasizing  that his views are his own and not related to his role as deputy state director for U.S. Senator Richard Blumenthal, Rodriguez said the people of Puerto Rico must work to eliminate the “systematic corruption and oppression on the island and to deal with a government in Washington, D.C. that now “does not acknowledge their equal rights under the law as U.S. citizens.

Typical of the strained relationship between federal government and colony are disparities in federal health care and education funding. In addition, Rodriguez said that Puerto Ricans are U.S. citizens, but they cannot vote in the presidential election and their congressional representative, the resident commissioner, also cannot vote.

To achieve change, Rodriguez said the Puerto Rican diaspora, the migration of millions of people to the mainland, will need to become more engaged U.S. government and politics than in the past.

Jason Ortiz, another leader of the Puerto Rican Agenda of CT ,  said the help of “La Diaspora” will be crucial to removing the economic yoke of Washington-appointed body now overseeing the island’s finances — the Fiscal Oversight and Management Board, called La Junta by Puerto Ricans, which was created by the PROMESSA bill passed under the Obama Administration in 2016 to deal with the island’s huge debt crisis.

“The next step will be dealing with other corrupt entities like the fiscal control board. It will be impossible to rebuild with La Junta having control of the island’s finances and the people of Puerto Rico know this. La Junta will be next and we will need the help of La Diaspora to get it done.”

Ortiz was present in San Juan at protests where people chanted not only “Ricky” to go but also targeted La Junta, which they viewed as imposing devastating austerity on the already recession-plagued and Hurricane-ravaged island.

Ruben Rodriguez, a Republican candidate for Congress in the Fifth District, said island politicians need to be more responsive to the people:

A Waterbury resident, Rodriguez, who has some experience in island politics, also stated: “The Resident Commissioner Jennifer Gonzalez has  asked  the President of the United States through a letter sent to  a director from the White House to investigate all the transactions of  funds that are sent to the island and to continue the work by tracking every fund that is given to the island to have a transparency in Puerto Rico something that I’m in favor of approving if elected.”

Emilio Estrella, a member of the CT Hispanic Democratic Caucus and of the staff of the Center for Latino Progress in Hartford, said the next priority is to change Puerto Rican politics.

“Puerto Rico is angry and it’s working,” Estrella said, “but the most important part is to direct this frustration in a productive way: Puerto Rico’s pseudo-two-party system is really coming under review because of this situation, especially as the youth see there wasn’t much difference in either. My hope is that the next step is the evaluation of the problem and fighting not just against those in power but for legislation to benefit the island. Rosselló is a symptom in a disease that’s had PR for decades.

Estrella, who will be attending law school this year, also stated: “Outsiders rarely understand that political parties in Puerto Rico are single-issue (stance on statehood) and this has led to single-issue candidates that never have real platforms. It’s never an exchange of ideas, always populism and tribalism.

“I’m hoping candidates come out of this mess that show Puerto Rico a better political path forward. We also need to use this opportunity, as we failed to do it during the aftermath of Maria, to use the world’s eye in Puerto Rico to bring awareness to what’s been happening to us and force a discussion on our status with the U.S.: not state or not state perhaps, but at least discussions on Foraker [the 1900 act which established civilian government on the island and ostensibly coverage under all U.S. laws], Medicare disparities, and other real issues that so rarely make the limelight.”

Carmello Rodriguez, a longtime Republican leader in New Britain, cited the corruption issue and that statehood for the island should be an objective.

“Corruption within the government has been the number one issue in Puerto Rico,” Rodriguez said. “This movement has shaken the core foundation of the politicos. The attitude of the people is that they will no longer be used, and abused. I hope this action will lead to statehood, a strong overview of funds, and better practices within the government of Puerto Rico.”

State Rep. Geraldo Reyes Jr. of Waterbury commented: “As a proud Puerto Rican I stand in solidarity with my friends and family on the island. I was happy to see no criminal violence and more important no fatalities during these intense protests. The people have spoken loud and clear.”

Veteran politician Pedro Pierluisi was sworn in on Friday after disgraced governor Ricardo Rosello named and the House confirmed him as secretary of state. Pierluisi still needs Senate approval to officially become governor; that vote is expected early this week.

Rosello resigned after weeks of protests over mismanagement and a series of leaked chats.