Thanks to a new policy change, there may still be hope for Waterbury residents fighting for a nod to the city’s Latino population by naming one of its schools after a Hispanic. CtLatinoNews.com has been following the developments surrounding their efforts for the past several months.

According to a post by the Waterbury Observer, Waterbury’s board of education has lifted a ban on renaming an existing school building. The Observer reported that Felix Rodriguez, Commissioner of the Waterbury Board of Education, who has taken the lead on naming a Waterbury school after a Hispanic, has his sights on renaming Hopeville School, which has a high Hispanic student population.

Half of the students in Waterbury public schools are Hispanic, but there are no schools in the Waterbury named after a Latino.

“This policy change is one huge step forward in losing the distinction as the only large city in Connecticut without a school named after a prominent Latino/Hispanic,” Rodriguez said in a Facebook post.

“When I agreed to serve on the Waterbury Board of Education, I knew I would be confronted with issues that were unpopular, controversial, and sensitive. I also agreed to represent all of the students of this great city. And I fully believe I have done that.” 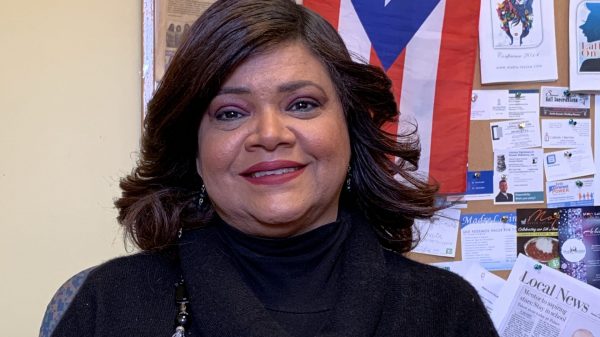 “I really believe that for me to be able to keep Angel safe, the only way that I can do that is to build...

A Political Breakthrough For Waterbury Latinos?

Bill Sarno CTLatinoNews.com   When Republicans in Waterbury asked Jose Morales, a former Democrat, to be their candidate for mayor, he quickly...