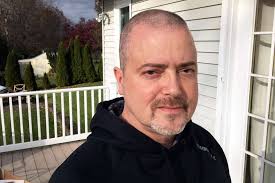 Former East Haven police officer Vincent Ferrara whose testimony on the harassment and assault of Latinos helped send four police officers to prison died this month, according to ctpost.com. He was 54.

He died on May 11, 17 months after being diagnosed with an aggressive form of brain cancer.

In 2010, he helped the U.S. Department of Justice gather evidence of the systemic, department-wide pattern of abuse and corruption, according to ctpost.com.

He later filed an active federal civil rights case against the town, including East Haven Mayor Joseph Maturo Jr., which charged that he was the victim of retribution from fellow officers and town officials.

Ferrara said he was shunned, called a rat and veterans of the scandal told younger officers to stay away from him. His lawsuit also alleges that fellow officers, who were called to back him up in potentially dangerous street encounters either were slow to respond or simply failed to arrive.

In January, Ferrara was fired for alleged misuse of his agency computer.

“He stuck his neck out,” Brewer said. “It took a lot of moral courage to stand up to people he knew were a physical and emotional threat to him. I think he made a decision to not stand by and watch the abuses. He was an honest cop. Some of these other folks should probably look in the mirror and ask what it takes to be a law enforcement officer.”

In 2017, around the same time, Ferrara was suspended over the issues that led to his eventual firing, a series of headaches led to doctors diagnosing him with the same type of brain tumor that U.S. Sen. John McCain died from.

Ferrara was on paid administrative leave for most of 2018.

“It doesn’t change anything,” Brewer said. “Vince was adamant that we go to the conclusion. We have no doubt we’ll win the case on the testimony of the defendants. Vince was a great guy, and he was treated like dirt by these people.”