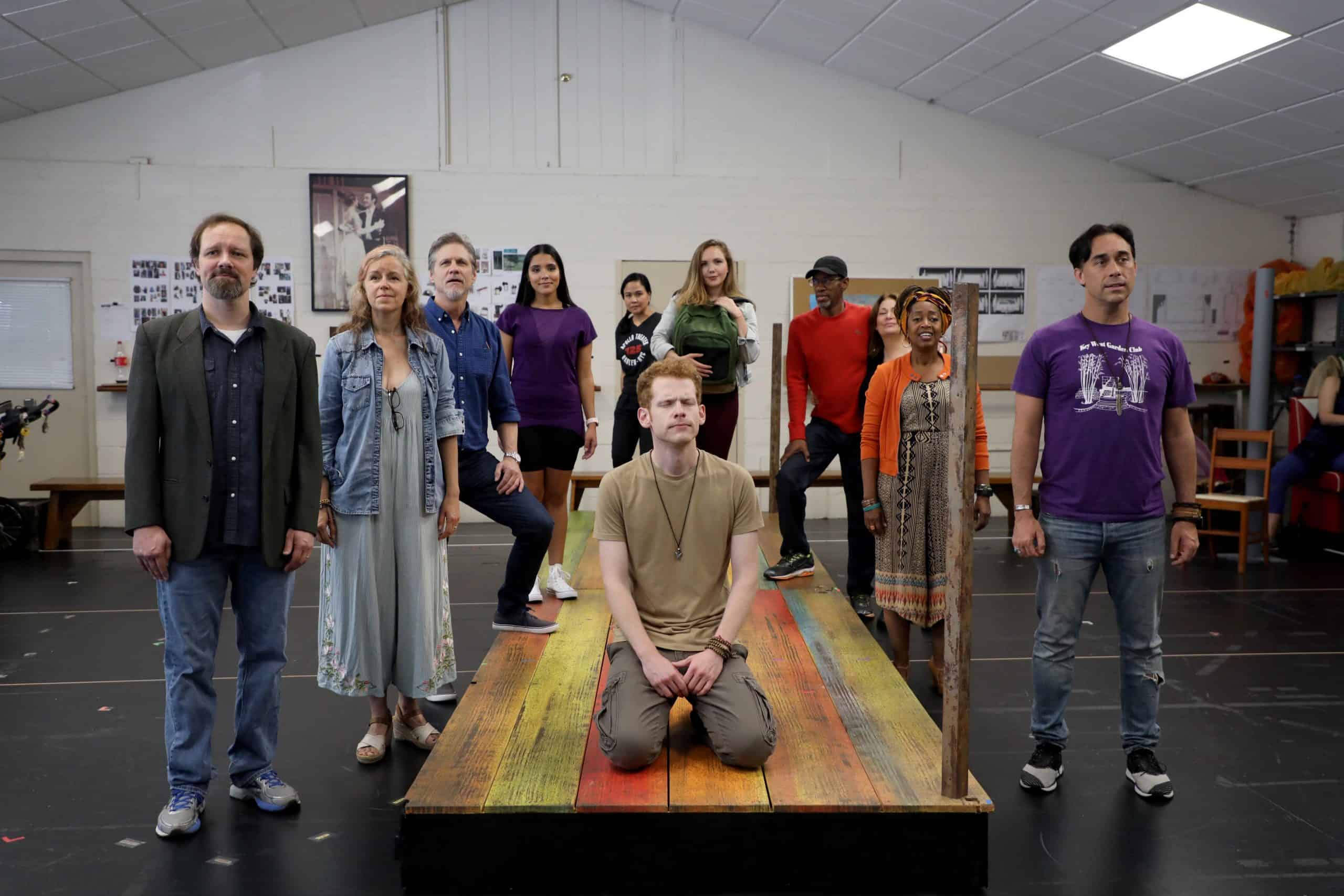 The last time I interviewed Eric Ulloa was in 2013 when he was part of the cast of  “The Most Happy Fella” at Goodspeed Musicals.

At that interview, he told me about his family. His parents were born in Cuba and settled in Miami. They spoke Spanish at home, and growing up Eric enjoyed his conversations with his grandparents, he said these talks not only brought him closer to those abuelos, but they also helped him learn and practice Spanish. We also spoke about his interest in the theater and how it all started.

Through the years, I have interviewed many theater professionals and there seems to be a special place in their memories about the impact that the first play they saw had in their lives. That experience was so profound, that from that moment on, they decided to become involved with the theater.

In Eric Ulloa’s case, his love for the theater started in tenth grade when he saw the musical “Lil ‘Abner” and right away decided that he wanted to “do that.” As a university student, he “did just that.”  Eric’s parents supported his interest in the theater and the family attended plays in New York, where they saw several musicals including; “Les Miserables”, “Annie Get Your Gun”, “Cabaret”, “Jesus Christ Superstar” and “Urinetown“. He says that “That experience was the final push and it confirmed my love for the theater completely.” and from the time he was 18 years old, he has dedicated his life to the theater.

It’s been six years, since that first interview and now he returns to the Goodspeed Musicals but this time not as an actor, but as a playwright, something he said he wanted to do those many years ago.

The musical “Passing Through” is based on the memoir by Andrew Forsthoefel, who was 23 years old when he started his walk from Pennsylvania to California. The book of the musical is written by Eric Ulloa, with music and lyrics by Brett Ryback. It will be performed at the Norma Terris Theater in Chester, CT. Michael Gennaro, executive director of Goodspeed Musicals said that “Goodspeed has been actively developing this new musical for nearly two years.  Most recently, it was the hit of our Festival of New Musicals!”

Eric Ulloa has been extremely generous with his time, and willing to answer my questions in spite of being in the turmoil of premiering his work; the whirlwind of still writing new dialogue; tuning-up the scenes and getting ready to open to the public in a few days.

A Conversation With Eric Ulloa:

BR: Your new play “Passing Through” was inspired by the memoir “Walking to Listen: 4000 Miles Across America One Story at a Time” written by Andrew Forsthoefel, who left home at 23 with a 50lb. backpack, a mandolin, poetry by Whitman and Rilke, and little else and walked 4,000 miles from Pennsylvania to California.

Both you and Forsthoefel found the material by talking to people. In a TEDx talk presented by Forsthoefel, he says that “listening is to celebrate the other.” What attracted you to this particular book and its message?

EU: The act of listening feels like such a simple concept, but when you actually think about it, it’s quite complex. Listening is not just hearing the other person but is more an act of being present, active and engaged. It’s an act that very few actually do and most of us struggle with daily. It’s a message that felt necessary when we began writing this show in 2015 and one that feels essential in 2019 when a lot of America has simply stopped listening to one another. Imagine the vast amount of information that we are missing out on every day.

BR: Forsthoefel mentioned in his talk two levels of connection: 1) Walking, touching the earth, as physical and 2) Talking, more spiritual. You also combine this concept in your play using both dialogue and dance.

EU: Yes, and that’s exactly what attracted me and my writing partner Brett Ryback to want to turn this story into a musical. There is something spiritual about storytelling in a theatre and getting to use dialogue and music to transport an audience to a variety of locations. We were able to harness the energy that we felt Andrew must have encountered and now can allow audiences to experience it in the acting and singing talent of our incredible cast. We are also blessed with the talent of director Igor Goldin and choreographer Marcos Santana, who have physically staged a world that feels real and grounded and overwhelmingly honest. You don’t encounter musical theatre stereotypes in “Passing Through,” you encounter real, fleshed-out humans. To do anything but that would dishonor the incredible story that Andrew gave us.

BR: I did look at your Facebook page and aside from posting photos of the rehearsals, you are also a strong advocate of gay rights, and you don’t hide your political points of view. Do you get some negative comments because of this?

EU:  Hahaha, you noticed huh? Look, I was raised by two strong Cuban parents who always taught me to have tremendous confidence in who I was and to look out for people who might not be as strong as me. I’m also an artist and, for me, it comes with the territory. I’ve been blessed with the tools to make change through art and use my talents in my advocacy and I don’t plan on stopping anytime soon. I am also constantly inspired by the playwrights that came before me and used their words to change the dialogue when America was headed the wrong way. I strongly feel that America is currently headed in the wrong direction and it’s just my turn to step up to bat and do all that I can for this country I love so much. A country that my parents sought out and one that has given me enormous opportunity.

BR: I really appreciate your taking the time to answer. I know how busy rehearsal time is for all involved. but, one last question, you wrote on your FB page: Some days, walking across America on foot seems easier than rewrites.” Are you buying good walking shoes any time soon?

EU:  I love that you saw that post. Hahaha! Did I also mention that Cubans like to exaggerate? I think I’ll stick to writing instead of trekking the US on foot. My poor 38-year-old feet will thank me for it, I’m sure.

On August 1 at 6:30pm, Andrew Forsthoefel will be at the theater before the show to sign his book “Walking to Listen” which inspired this musical “Passing Through” Book by Eric Ulloa; Music and lyric by Brett Ryback, choreographed by Marcos Santana and directed by Igor Goldin, will be presented until August 25 at the Norma Terris Theater 33 North Main St, Chester, CT. Please visit www.goodspeedmusicals.org for information on the many activities and special offers in connection with this play, or call 860-873-8668 for tickets.

In this article:Eric Ulloa, GoodSpeed Musicals, Passing Through 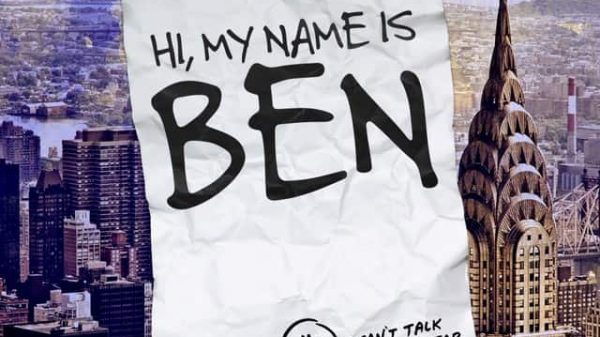