Donald Trump’s insulting remarks and actions regarding Univision’s network anchor Jorge Ramos at a press conference in Iowa Tuesday predictably increased Latino disgust over his presidential campaign. It also gave Hispanics a new hero in battling a presidential candidate who blatantly preaches racial intolerance.
Univision is the most-watched Spanish-language broadcaster in the U.S. and Ramos is said to be the country’s best known Spanish language news anchor.
Ramos’ crime? The audacity to interrupt Trump during a press conference to ask a question. Trump told Ramos to “sit down” and “go back to Univision” in a demeaning tone. Then, Trump signaled to his burly security guards to have Ramos forcibly removed from the press conference. Ramos, who was invited back in after a few reporters questioned Trump about the incident, claims he was just trying to get Trump to give specifics about how he would deport 11 million undocumented people and change the Constitution to deny citizenship to those born in the U.S. to immigrant parents.
When asked later about Ramos’ ouster, Trump tried to innocently claim he didn’t know who Ramos was when he threw him out. If that’s so, how did Trump know he was from Univision? Did Trump forget that he tweeted Ramos’ private cell phone when Ramos contacted him for an interview shortly after Trump announced his candidacy?
Adding insult to injury, many in the national media said Ramos was wrong for not following press conference protocol and civility by sitting passively to see if he would be called. A self-righteous MSNBC morning show anchor belittled Ramos claiming he just wanted “15 minutes of fame.” That anchor was apparently unaware of the viewership that Ramos’ news show, “Noticiero Univision,” enjoys in the U.S. and the world. Not only do Univision’s ratings  routinely beat major networks such as NBC, CBS, Fox and ABC in major U.S. markets, it is watched throughout Latin American. Ramos has much more name recognition and success than the smug anchor.
Furthermore, given Trump’s feuds with several media outlets, including Univision, there seems to be little likelihood that he would have ever called on Ramos at the press conference. Ramos knew that and did what many other good, aggressive journalists have done, shouted out questions.
So as media pundits self-importantly talk about how Ramos violated journalism etiquette, Latinos are saying enough. To many, Ramos did what few others have done or could do. He made Trump uncomfortable, forced him to show his cruder side and, once again, his lack of respect for the truth.
Latinos know Ramos might be the only hope of slowing down Trump’s anti-Latino rhetoric. Ramos is the only Latino with a big enough pulpit to challenge the absurdities Trump spews. The feisty Ramos is also, so far, the only anti-Trump agitator who commands enough media attention to speak up on behalf of many of the country’s 54 million Latinos. If social media is an indicator, Latinos want him to keep fighting back against Trump’s divisive hatemongering. Although non-Latinos may not have heard of him, Ramos has a reputation for taking on Democrats as well.
Meanwhile, as we wait for the Republicans to figure how to muffle Trump and minimize damage to the party from the climate of intolerance he is creating, and we wait for the Trump candidacy to implode, Ramos is pushing hard. At times, he may cross the line as a journalist, but he is not the first. He is taking a stand against hate speech. There is no gray area there.
Sure, Hispanic voters can show their disdain in the polls in 2016, but that is a long 14 months away and, until then, we are in uncharted waters with this presidential candidate and the long-term damage he can do to this country by fomenting a climate of intolerance and divisiveness.
For now, Ramos has taken on the mantle of Trump’s No. 1 nemesis. Did he make the other reporters in the room uncomfortable as one network anchor incredulously noted? Did he make Trump uncomfortable? He did indeed. Now the question is who will challenge Trump’s hate speech and bullying next?
Diane Alverio is a former President of the National Association of Hispanic Journalists and publisher of CTLatinoNews.com.

In this article:Hispanics and Donald Trump, Jorge Ramos 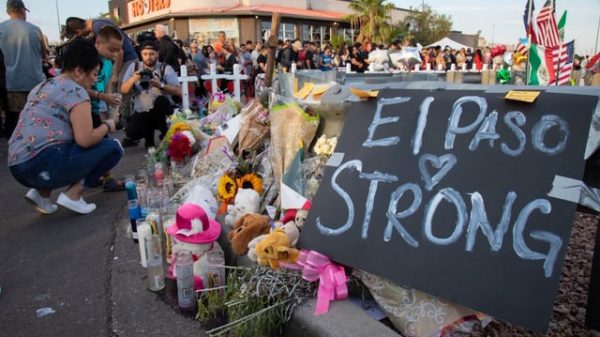 CT Latinos: The El Paso attack is an attack on all of us

Esai Morales: Why He Is An 'Actorvist'

He’s been a steady presence in Hollywood for more than three decades. Ever since his pivotal performance as Ritchie Valens’ troubled brother Bob...

Click on the photo above to watch the video. Two minutes into Donald Trump’s news conference here Tuesday night came the question he tried to...