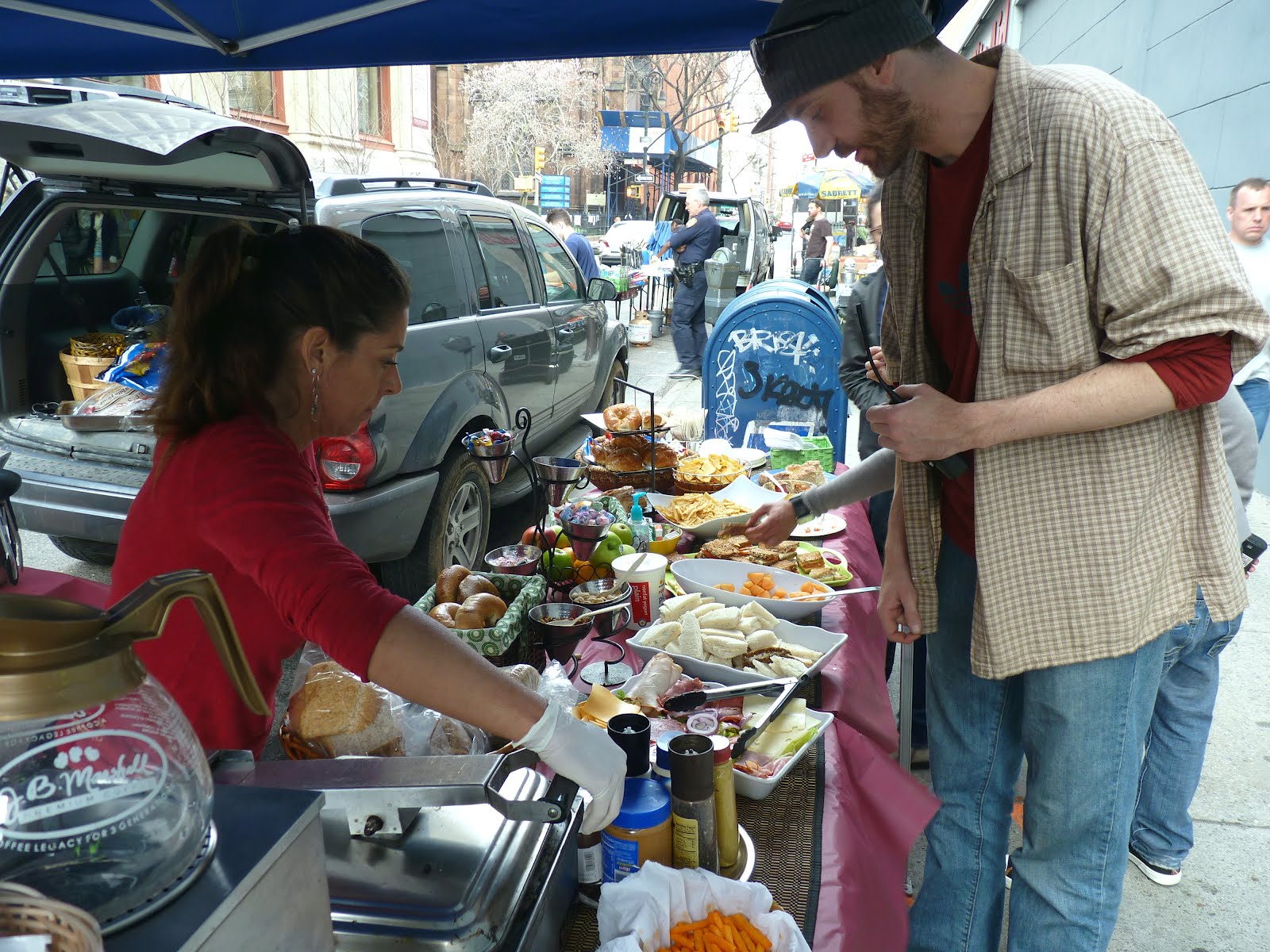 From tacos and tamales to falafel, pretzels and hot dogs, New Yorkers love street food. But the people who make a living cooking and selling these foods remain largely unknown.
“It’s rough for a women to sell tamales, unfortunately they are sold really cheap,” says Heleodora Vivar, who started selling tamales to immigrant workers in The Bronx in 1987.
Heleodora is in her late sixties, but speaks with the energy of a fifteen year old. She is confident that she wouldn’t have made it in the streets of New York if it weren’t for the cooking skills and the strong character she brought with her from her home state of Guerrero, Mexico. “Women from there are tougher,” she says proudly.
For years she woke up at 3:00 a.m. to cook tamales to sell during the morning rush hour. Recently she switched to selling merchandise, like gloves in the winter and bracelets in the summer, because she said she is too old to keep the crazy pace of a food vendor working seven days a week.
But for decades, Vivar’s life was an endless cycle of cooking, selling and shopping.
“When you finish selling each day you have to go to the supermarket and start preparing for the next day,” she said. “So it’s a chain, it’s the rhythm you have to bring.”
Like workers at fast food restaurants, street vendors also cook and sell food at an industrial pace. But while employees of McDonald’s, Taco Bell and other fast food chains have stepped up their demands for higher wages and better working conditions, vendors like Heleodora have been left out of the movement.
Some vendors say they value being their own boss, but they also deal with challenges that are very different than those facing employees of chain restaurants.
With an estimated 25,000 street vendors throughout all five boroughs, New York City leads the nation in curbside commerce. According to the Street Vendor Project, an organization representing street vendors in New York, 90 percent of the city’s vendors are immigrants, and around half of all vendors are women. In the Bangladeshi and Egyptian communities it’s mostly men who work as street vendors, while among Chinese and Latino vendors, women are especially dominant.
“All along Roosevelt Avenue you will see only women selling,” says Laura, 24, a vendor who sells tacos in Jackson Heights, Queens. Laura claims that most Latino men who own food carts prefer to hire young women like her to cook and serve the tacos rather than doing it themselves.
“It’s a macho culture,” she explains
An undocumented immigrant, Laura had few employment options when she arrived in the U.S. from Mexico four years ago. She says making tacos was the only job she could find. The job pays her enough to send money to her family back in Mexico, but the work isn’t easy. In addition to the long hours, she has learned how to deal with drunken customers hungry for a late-night taco, as well as the police, who issue summonses to vendors for a variety of violations.
Each year New York City issues 5,100 street vendor permits. That means only about 20 per cent of the city’s vendors operate under the law. That’s why many unlicensed women vendors keep the food they sell in shopping carts, so they can move quickly when they see the police coming.
Street vendors also face a dizzying bureaucracy, and there is no central city agency to handle their concerns. Instead, any change in the regulation of street vendors must be approved by the City Council.
The Council is divided on how to regulate vendors, says Council Member Daniel Dromm, who represents Jackson Heights. Some Council members side with store owners who oppose vendors, while others support vendor’s rights.
A long history of city regulation
As far back as the 1940s Mayor Fiorello LaGuardia determined that, “vending was not a proper use of the public space,” explains Sean Basinski, director of the Street Vendor Project. Basinski started his own burrito stand when he was in his twenties but soon gave up on the idea and went to law school instead. He founded the Street Vendor Project to help vendors deal with what he sees as a hostile legal system facing New York City’s street merchants.
According to Basinski, Mayor LaGuardia failed in his attempt to get vendors of the streets. But more recent mayors have been successful in putting limits on vending. Mayor Ed Koch limited the number of vending licenses and permits, Rudy Giuliani closed many streets to vendors, and under Mike Bloomberg, fines on vendors were raised to as high as a thousand dollars.
Dromm argues the city should treat vendors like other small businesses, and help them grow. He points to the Arepa Lady, a Colombian immigrant who sold arepas (grilled cornmeal pancakes) for decades on the street in Jackson Heights and recently opened her own brick-and-mortar restaurant with the help of the city.
To read the full story:  http://newamericamedia.org/2014/09/the-untold-story-of-women-vendors-in-new-york.php
Photo:  mcbrooklyn.blogspot.com