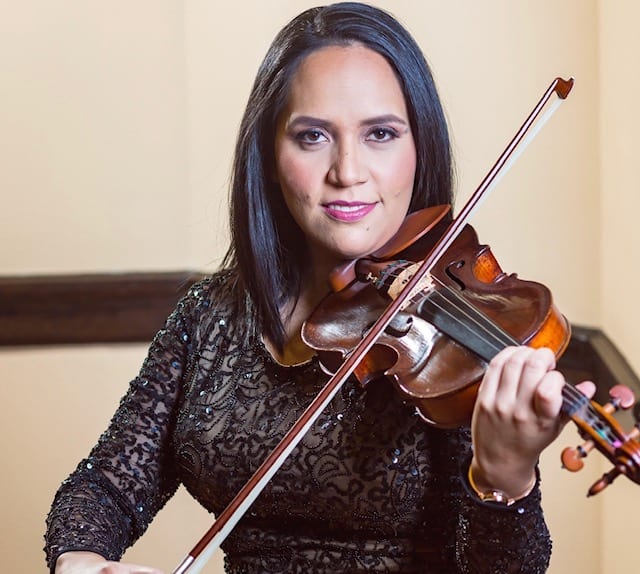 “Music has no boundaries. No matter what language, genre, rhythm, it can always find a way to everyone’s heart.”

Angelica Durrell is a violinist. She is also an immigrant from Ecuador and was raised in a single-parent household. It is through this very personal story of struggle, sacrifice, and change that Durrell inspires others … and she uses music as her instrument.

In 2009, Durrell founded Intempo: a multilingual, non-profit music school in Stamford, Connecticut that teaches children to appreciate and celebrate diversity. “I want Intempo to be a cultural equalizer,” says Durrell (now executive director). “I want it to show students, community members and the public at large that no one culture is better than another. We can all learn to coexist in the same way. No child, because they have more resources, is going to be better than others. There is talent out there and we want to be able to tap into everyone’s potential by acknowledging their language, their culture, and their unique ability.”

The violin is not a typical Ecuadorian instrument and the perspective of Durrell’s family on her ability to play such a difficult instrument helped her to recognize the different values assigned to different types of music based on origin. The violin is a typical European instrument and thus is automatically assigned a higher value. But what about the marimba or the pan flute or the bandola? What comes to mind when we think of these instruments in the U.S.? It is hard to assign a value when one knows nothing of the instrument, or even that it exists. This is why education is a cornerstone of the music program at Intempo.

“One of the things we do, is every year we expose our children and families to a different culture, so that is why we call it a cultural crossover,” explains Durrell. “So if you are from a different culture and didn’t know about Brazillian samba music, let’s say, by coming to our concert and by being part of Intempo you will learn about this culture. And we have the group curriculum for the repertoire for the rest of the year. So we do it through music and that is one of the most exciting parts of our programming.”

Durrell says that they have laid out a five-year plan, where each year they will focus on different cultures. The first few years will be mainly Latin culture, but over the course of five years, they will focus on cultures on other continents as well.

Intempo tackles changing perspectives through education not only inside the classroom but outside the classroom. Durrell says part of educating the public is done through partnerships and community engagement outings such as her recent speaking event titled “Breaking Barriers Through Art”. The event is part of TEA Talk: Thinkers, Educators, Artists. This particular one was held at Westport Town Hall last October, where Durrell was joined by filmmaker Chris Bolan and producer Wendy Morgan Hunter, artists Noah Fox and Ann Chernow, and singer Tiffany Jackson and innovator Jeanine Esposito, for three 20-minute conversations.

Durrell says events like this are focused on exposing people to different perspectives. “It is about awareness,” she says. “That is why I use my personal story to do talks, [like the TEA Talk] for example, as a way to let our community know about Intempo and show them what the kids are capable of playing and show the schools that the kids who are studying music are doing much better in school than those that are not engaged in any other enrichment or afterschool activity. So we are committed to changing perspectives by bringing awareness and by having high-quality programs and partnerships.”

“Music is the great uniter. An incredible force. Something that people who differ on everything and anything else can have in common.”

Durrell has had to overcome many barriers in life, so she knows firsthand how difficult adversity can be. She says, “Being born in a foreign country and being raised by a single mother, the message that I convey is that I haven’t let those barriers define who I am, or define the future of my life. And this is the same message we bring to our families, whether they speak English or not and regardless of their financial background, that they can make it and be very successful in life through education and through cultural identity empowerment.”

Playing the violin was, in many ways, Durrell’s ticket to winning a full scholarship and a catalyst to her migrating from Ecuador. She has had benefactors along the way to help her get things moving, like starting her non-profit Intempo, but without her strong musical foundation, things may have ended up very different for her. Through music, she was able to break out of what was familiar and reach a level of success where she can now help others do the same.

In a nutshell, Durrell says, “I just like classical music. I love it and I can play it very well, I am trained in it, but I also love and I choose to play native folk music on this instrument because I also like it and people need to hear it. They need to hear, in my opinion, Mozart and Beethoven just as much as they need to hear women composers and instruments and pieces from underrepresented communities in the arts.”

“Music is the universal language of mankind.”

At Intempo (which is 85 percent Latino students), they focus on teaching the kids consistency, routine, and structure. Durrell says, “By them learning to play an instrument—left hand, right hand—and learning to read music they are able to apply all the parameters of music into the parameters of life. And by then, elementary school, going into middle school, and going into high school, and eventually aspiring to graduate, they would have learned unique knowledge that they can transfer into their workplace, into higher education and everyday life. That is the correlation that we try to make with every one of our students and families and parents.”

Above and beyond the technical and abstract skill set that children acquire, Intempo also gives children a sense of pride. “Knowing where you come from is important in the self-esteem of our students,” explains Durrell. She says that it is important for the children to not feel like they have so many barriers to overcome in society, such as stigmas about Latinos that persist despite so many encouraging efforts. Furthermore, Durrell says that music is a human expression that positively promotes Latino culture and language, showing that Latinos make positive contributions to society.

“Music gives hope,” says Durrell. “Music empowers a child and gives them confidence. Music helps boost their attitude towards going to school and having a sense of belonging. There are so many studies that show that this is very important. We see this because it has helped our students have friends. Our parents come and they also feel like they have a place where they belong and they’re not disregarded as being in the service industry but they are part of the community, that they belong and they are important to us. And that is how music has been our medium for capturing their best potential.”

Plans for the Future

Durrell’s vision for the future is one filled with music and equality, where every child in the community has access to music education and multicultural choir services. It is a place where every child can connect through these resources to a deeper cultural identity and where the community, in general, will not be afraid of something different or foreign, but everyone would embrace different cultures through music.

“I am so looking forward to a big ground-breaking or transformative event,” says Durrell. And every day she works towards this goal, saying: “I hope to accomplish this in my lifetime.”

“Where words leave off, music begins.”

In this article:Angelica Durrell, Intempo, Stamford 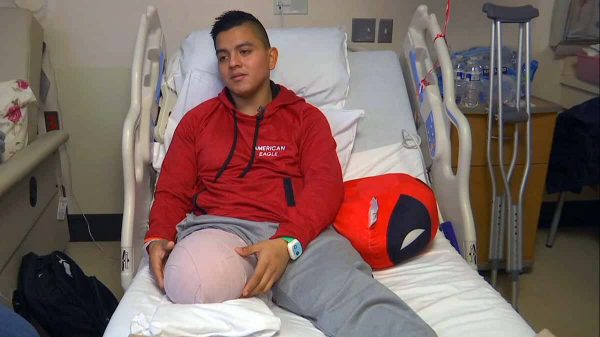 Stamford Latina Could Not Go To High School, But Gets Her Degree

When Lesby Ruiz came to America to join her mother, she followed in the foot steps of many 13-year-old kids in Stamford: she...

The November 5th election is drawing near and around the state a number of Latinos are vying for elected positions. Over...