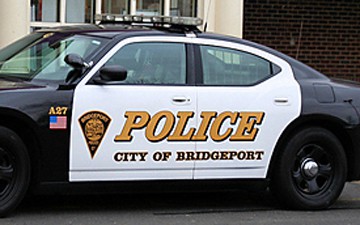 Carmelo Mendez filed a lawsuit against the city of Bridgeport seeking $5 million in damages after police officers allegedly beat him, denied him medical care and arrested him after being called to a disturbance during a birthday party, according to an article in ctpost.com.

The incident occurred during a birthday party at his sister’s home in 2017.

The lawsuit is yet another chapter in the largest case of alleged police misconduct in the city’s history.

Last month, a Superior Court judge dismissed the criminal charges against Mendez after state prosecutors agreed to drop the case.

“For almost two years, I’ve been dealing not only with pain but also with a justice system that has not reached a conclusion on what to do with these officers who violated my rights. I want justice,” Mendez said on June 4 when the lawsuit was filed.

On Oct. 21, 2017, Mendez was at the home of his sister, Wanda Mendez, celebrating his niece’s birthday.

At about 9 p.m. police officer Natalie McLaughlin responded to a noise complaint at the home.

“Despite the fact that Police Chief Armando Perez evaluation characterized this as a ‘nothing incident,’ officers placed a distress call with dispatch which requires that all officers respond,” the lawsuit states. “The chaotic events that followed involved 46 officers, unrestrained, gratuitous violence by numerous police officers, and a failure by veteran officers to de-escalate the unconstitutional actions of officers under their supervision.”

Carmelo Mendez was taking video of the incident on his cell phone.

“A few moments later, after Carmelo Mendez videotaped the police aggressively pulling his mother down a flight of steps while handcuffed, several officers engaged in a ruthless beating of Mr. Mendez,” the lawsuit states.

According to the lawsuit, officer Adam Szeps struck Carmelo Mendez and threw him on the ground. Before being handcuffed, the suit claims, Scillia punched and kicked Mendez while he was lying on the ground face down.

Once handcuffed, Scillia punched Mendez several times and again kicked him, according to the lawsuit.

As he lay on the ground, Stanitis struck Mendez in the head several times with an unknown object causing bruising and distinct marks. Officers Hugo Stern, Joseph Cruz, and Kenneth Fortes joined other officers in beating Mendez both before and after he was handcuffed, the lawsuit states.

It also claims that after the beatings, Mendez was suffering from a serious head trauma that officers failed to provide Mendez with immediate medical attention. Mendez lost consciousness in the booking area and was taken in handcuffs to Bridgeport hospital for medical treatment.

Mendez required further medical treatment at the Veteran’s Administration Hospital as a result of the beating, the lawsuit states. Mendez sustained scarring to his head, contusions to his head and body, and injury to his eye and suspected traumatic brain injury.