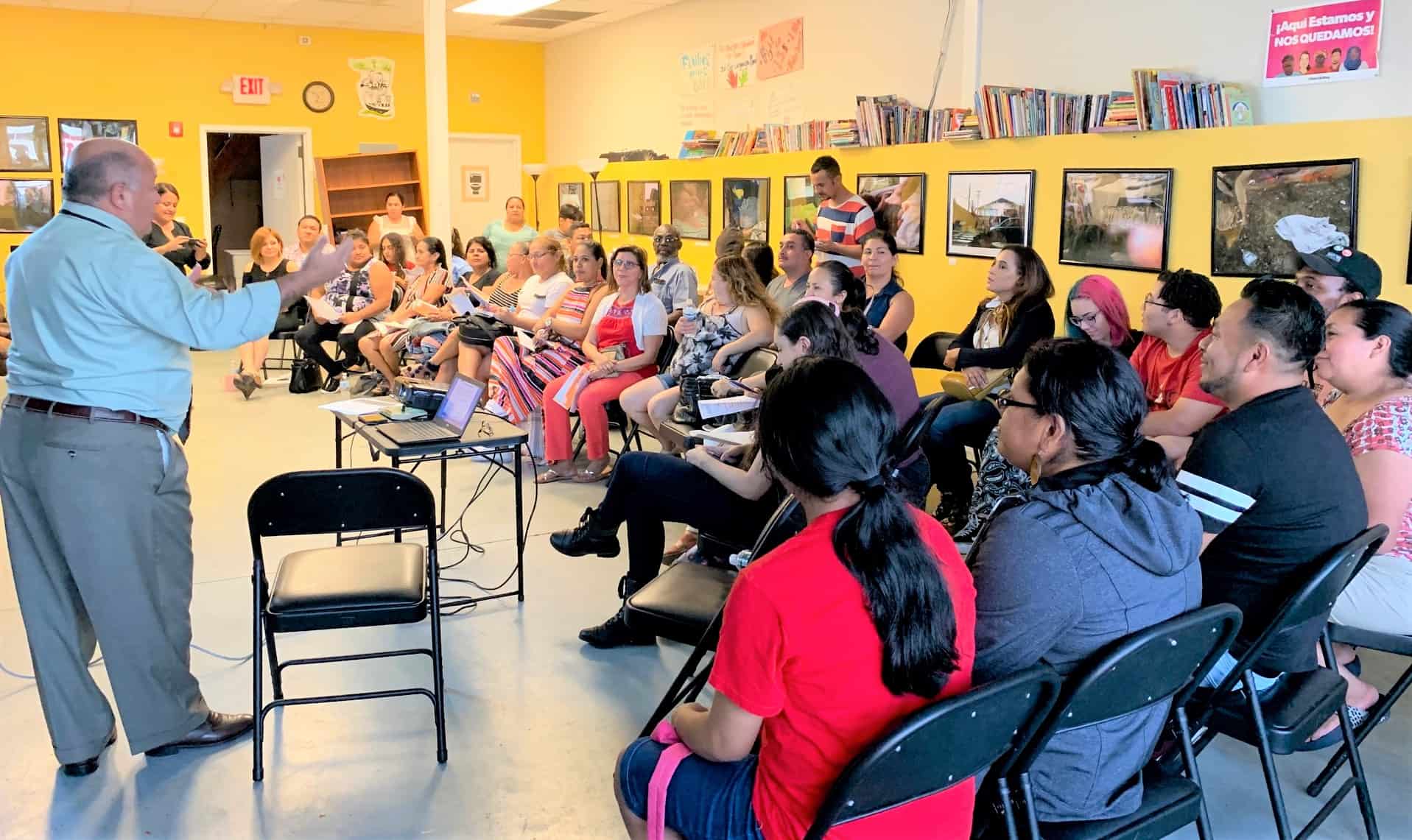 Historically, getting lower-income Latino communities to understand the importance of the national Census and to be counted has had limited success, with participation a decade ago in major Connecticut cities often was less than half of nearby suburbs.

For Census 2020, obtaining an accurate count presents a formidable undertaking in Connecticut. The Census Bureau already identifying several tracts in Bridgeport and other Connecticut cities as among the worst in the nation for participation. Moreover, the Donald Trump administration’s anti-immigrant rhetoric has increased the hesitancy Hispanic immigrants to share information with any agency viewed as an arm of a hostile government.

However, state and city leaders view it has priority to generate a full headcount, aware that this data vital for at-risk communities of color to obtain desperately needed federal resources and to provide fair representation in the U.S. Congress and state legislatures.

“The Census is about the power of our communities and the resources we need to thrive. We won’t be excluded. We want to ensure that everyone is counted,” said Barbara López, executive director of Make the Road CT, a movement dedicated to improving the lives of low-income and working-class Latino populations.

“We should be counted; we matter,” López said.

This grassroots organization launched a campaign to “demystify the Census process” and allay the wariness of many Latinos, concentrating on Bridgeport and Hartford where the four-year-old multi-nationality group has its offices and an established relationship with the community.

This education drive was revved up at Make the Road CT’s September 4 meeting when a representative of the Census Bureau, Clodomiro Falcon, addressed the safety and importance of the Census and explained its questions both in English and Spanish.

López said the feedback from this meeting was positive with attendees surprised how simple the questions are and how much the Census impacts funding for their communities.

Census data will be is used to carve out congressional and Connecticut state legislative districts and to divvy up $675 billion in federal grants, the money needed for education, roads, police, hospitals and other public services in communities already handicapped by a lack of resources.

Hartford and Bridgeport have been the hardest to count, and yet cannot afford to be undercounted, López said. Make the Road CT cited figures that show that in Bridgeport, It’s predicted that 33% of residents will NOT complete the Census 2020, while in Trumbull, that percentage lowers to 17-20%. In Hartford, between 30-40% of residents are expected to NOT complete the Census 2020, while in West Hartford, that percentage lowers to between 10-20%.

Each person not counted means that $2,200 less in federal money will be coming into Connecticut according to Lieutenant Governor Susan Bysiewic, who with state Rep. Chris Rosario of Bridgeport is heading a statewide accurate count task force.

The Trump Administration was thwarted by the Supreme Court in its effort to include a citizenship question which would have inhibited participation by millions of undocumented immigrants. Still,  the president’s anti-immigrant polemics has left its mark, with many people fearful of filing Census forms, López said.

Over the next year, Make the Road CT plans to address these concerns, to explain immigrants rights and responsibilities, to answer their questions and to help people fill out the Census forms. This includes second information program to be held in October at the organization’s year-old office on Farmington Avenue in Hartford.

The thrust of these efforts is to influence people to explain to family and friends the importance of filling out the Census form. The goal, López said, is to “reach over a 1,000 people in each city.”

Make the Road CT made its  Bridgeport debut in 2015 and added a Hartford office last year. The organization has a paid staff lead by López and draws its members and volunteers from local residents who, the executive director said, “believe in what we are doing.”

In its relatively short history, Make the Road CT works has developed and continues to drive forward on campaigns to give a voice to Latino communities.  The focus has been on immigrant, worker and youth rights, education equity, LGBTQ justice, and women’s rights. The group also has worked on coalition building efforts to support an equitable solution to the Puerto Rico crisis.

The movement’s victories include passage of a “welcoming city” resolution to provide greater security to immigrants in Bridgeport.

In this article:Barbara Lopez, Bridgeport, Hartford, Make The Road CT