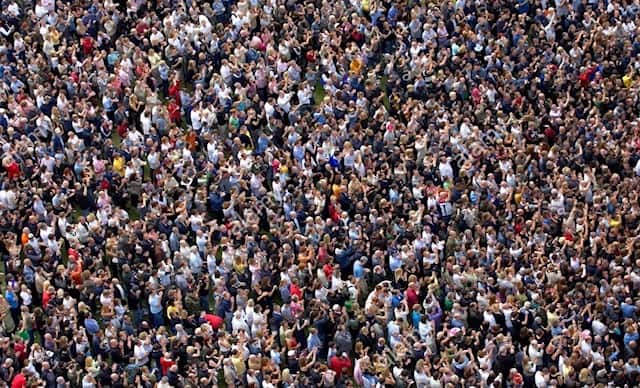 For 20 years, Latin America and the Caribbean were the fastest-growing sources of international immigrants to the United States.

But in the past few years, that growth began to slow, according to the Pew Research Center, which analyzed government data. The analysis found that the slowdown was due in large part to fewer people leaving Mexico.

The slowdown is a contrast to previous decades, when from 1990 to 2000 the emigrant population grew 58 percent. And from 2000 to 2010, the population from these regions grew 44 percent.

Much of this growth was attributed to Mexico. Between 1990 and 2000 the number of Mexicans living outside their birth country grew 114 percent — about 5 million. While growth continued through the 2000s, it did so at a slower pace of 34 percent.

In the current decade through 2017, the number of Mexican emigrants has leveled off according to Pew Research Center estimates. In 2017, the number of people born in Mexico and living outside the country was 12.3 million, compared to 12.5 million in 2010.

According to the Pew analysis, the global population from Latin America and Caribbean nations grew 7 percent between 2010 and 2017 — slower than the 17 percent overall worldwide growth rate during the same period.

In spite of the slowdown of emigrants from Latin American and Caribbean nations, the region still accounts for a large source of emigrants, according to the analysis. In 2017, an estimated 37 million people from the region lived outside their birth country, compared to 35 million in 2010. They accounted for 15 percent of the more than 250 million international immigrants in 2017.

The Latin American and Caribbean countries with the fastest-growing immigrant populations since 2010 are:

All of these saw populations of 100,000 or more emigrating. Factors included political and economic instability, conflict and violence; and climate-related events. For example, hyperinflation in Venezuela made certain basic goods and services unaffordable.

These factors also led to an ever-growing number of migrants from these regions to seek asylum — both in the United States and Europe. In 2017, roughly 350,000 asylum applications were submitted worldwide by people from Latin America and the Caribbean. A sharp increase from the 70,000 submitted in 2010.

El Salvador, Guatemala, Honduras and Venezuela accounted for about 70 percent of the asylum applications submitted in 2017 from the region — up from 14 percent in 2010.