Having spent most of her life in Hartford, Jasmin Agosto, the education and community outreach manager for the Hartford History Center at the Hartford Public Library, has a knowledge of the city that most people don’t. After learning about Hartford’s early Puerto Rican history in college, Agosto wanted to highlight the Black, Latinx, and Indigenous communities in Hartford.

During a time when symbols of hate are being taken down across the country, and American history is being rewritten, the Hartford Public Library is looking to update the traditional historical narrative of Hartford.

Agosto, along with two others, created the Hartford Changemakers summer program. A series of workshops about mural design, performance, storytelling, movement, and photo documentation.

“Making these stories accessible will instill pride in both contributors to the murals and people who view them for years to come,” said Bridget Quinn-Carey, president and CEO in a press release about the Changemakers program.

Two murals will be created by community members, one in the North End of the city and the other in the South End. The library will work with city teens, elders, and local artists to create public art celebrating the city’s history.

“Black and Latinx history has to be part of what we learn in U.S. history, it has to be part of the dominant narrative it is U.S. history,” Agosto said. “The Hartford History Center has an opportunity to model and offer resources to our community, what that is- what that would look like, who we are, and through murals, it is a very public history moment to showcase stories visually.”

Agosto grew up in the West Hartford, from a Puerto Rican family. She studied at Trinity College, where she organized art programs and live music performances and discussions, including the Trinity International Hip Hop Festival.

Through her own production company Sage Seeker Productions, Agosto has organized several events highlighting Black women and women of color’s visual arts and performances. Since the pandemic, her events are now virtual but still highlighting creative people of color.

During her time at Trinity College, she took a course called Hartford on Film, a course about urban planning renewal. Through the class, she was exposed to footage of early Hartford and whose voice was heard and whose voice wasn’t. “It made me feel like I am a part of the history, that is something that is closer to home than any other U.S. history I have ever learned,” said Agosto. “I carried it with me through college, alongside festival organizing and arts and activism.”

After getting a master’s in arts Entrepreneurship and Sustainable Community Development from NYU Gallatin, she moved back to Hartford. She joined the Hartford History Center to become more involved and learn more of Hartford’s history.

While each community will determine each mural, three Latinx change-makers will be recognized: Maria Sanchez, la Madrina, the first Hispanic woman to be elected to the Connecticut General Assembly; Juan Fuentes, a photo historian who documented life in Hartford for 40 years. His most notable photo series was “Portraits of a Community: the Puerto Ricans of Hartford; and Olga Mele, a devout catholic who received recognition from Pope John Paul II for her contribution to Church and Society.

“I think we’ve been so systematically detached from our history that we often feel as though we’re not the movers and shakers and I think this moment, this explosive moment of people stepping up is another is a great opportunity for us to then explore those connections further,” Agosto said.

Agosto, Liz Castle, programming and events manager at the library, and Nygel White, program coordinator for the YOUmedia Hartford teen center, came together to develop this project. The workshop process and celebrations will be documented by the YOUmedia teen media team and archived in the Hartford History Center at the library. They submitted a proposal and the library was awarded $14,000 from the Ensworth Foundation of Bank of America to support the project.

The virtual workshops will begin July 13 and run through August 21. The workshops will integrate themes around leadership, organizing, and creative responses to shaping Hartford’s history.

The murals are scheduled to be tentatively finished by Sept ember 2020, with an unveiling celebration held virtually that will include a DJ, brief remarks by team members and partners, story sharing by elders, and live performances by workshop participants and local performers.

Publisher’s Note: cover photo by Michael McAndrews was first featured on Jasmin Agosto aims to create an inclusive performance space for local artists through her La Sala Femme event in Hartford in the Hartford Courant. 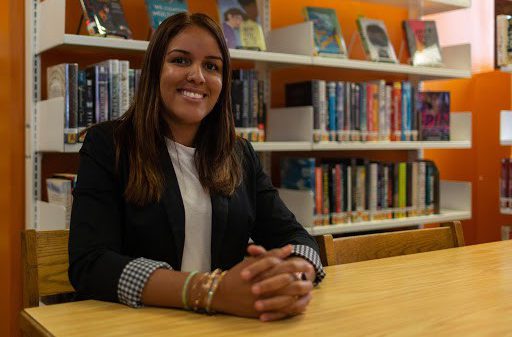 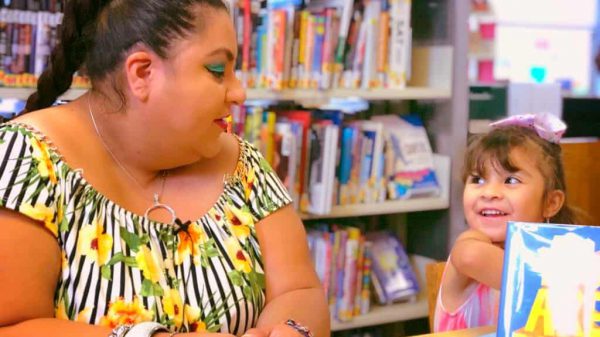 Summer learning at the Hartford Public Library (HPL) is all about getting out into your community to learn together; aprender juntos! HPL’s bilingual Read,...

Children's Film Festival In Hartford To Focus On Latinos

Brian Woodman Jr. CTLatinoNews.com   A  two-day film festival for children in Hartford will feature shorts ranging from the whimsical to the...