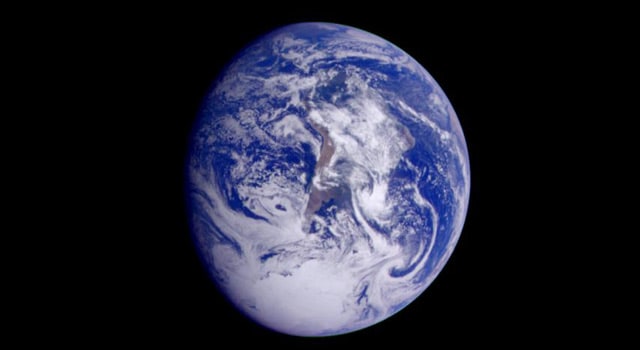 This week we celebrate Earth Day. Since 1970, worldwide events are held each year to show support for environmental protection. You might be surprised to learn that Latinos care as much about the environment as they do about immigration, according to a Latino Decisions’ poll. Studies have shown that Latinos care greatly about the environment and are more concerned about it than other ethnicities. Which makes sense, because environmental issues impact the Latino community greater than it does others.

A Yale program on climate change, entitled “Climate Change in the Latin Mind”, confirms and acknowledges this. The report found that the fast-growing population of Latinos in the U.S. are more engaged with climate issues than others. In fact, it states that: “Latinos are more convinced global warming is happening and human-caused, more worried about it, perceive greater risks, are more supportive of climate change policies, and are more willing to get involved politically.”

However, it is also widely documented that Latinos are less likely to be contacted regarding these issues. Why is that?

With a ever growing population, a.k.a. a growing voter population, one would assume that Latinos, who obviously care about the environment, would be the target demographic. This is not the case.

Obstacles to connecting with the Latino population on this topic seem to purely the “way of things.” Since, studies have been more predominantly focused on other demographics, Latinos are not as understood as others. And the focus turns away.

We can change that. By continuing to be concerned, active and vocal on the topic, the growing 17 percent Latino population in the U.S. can start to make a difference.

According to the World Wildlife Fund, the Latino community is hit harder by environmental issues, which could be the reason for their greater concern. A WWF article explains: “It is often the case, the most vulnerable communities feel the greatest impacts. Consider the following: 28 million Latinos live in California, Texas, and Florida, states that are experiencing the most dramatic impacts of droughts, heat waves, and sea level rise. Almost 40 percent of Latinos live within 30 miles of a power plant, potentially exposing them to higher levels of pollution. Even worse, the Centers for Disease Control reports that Latino children have higher levels of mercury in their bodies and are more likely to die from asthma.”

So given that the Latino community is greatly affected by environmental issues, as we celebrate this 49th anniversary of Earth Day, it is good to remind ourselves that we can make a difference and we should continue to push to ensure that these issues are part of the national Latino policy agenda.

Nicole Hernández Hammer, the Florida leader of Moms Clean Air Force, agrees with this and is quoted saying, “Latinos and low-income communities are disproportionately at risk from the impacts of sea level rise. In the U.S., the cities identified by Climate Central as most vulnerable to sea level rise are almost identical to the places with the largest Latino populations.”

As Maite Arce, president and CEO of Hispanic Access Foundation, puts it: “Today, as we celebrate Earth Day, we need to be mindful of how we use our natural resources to preserve our world for generations to come. We all share this moral responsibility to care for our public lands, water and air,” said. “As the demographics of our nation continue to shift, the increasing importance of more diverse engagement in conservation is critical. Latinos have the potential to make it more reflective of our nation’s diverse communities, which is why Earth Day is an important reminder of the stewardship role we need to play.”

Kamyle Dunn used to sleep with her hand resting on her mother’s chest so she could feel it expand and contract and know that...