Bill Sarno/CTLatinoNews.com
It was Palm Sunday and Nerida Mora, with a dozen other Americans, had just arrived in Cairo, Egypt after a 10-hour flight and were on their tour bus when the West Hartford resident received a text alert that nearly four dozen Egyptians had been killed in explosions at two Coptic Christian churches.
When Mora shared the news about the bombings on social media,  family and friends in Connecticut worried for her safety. The  attack was linked to Islamic State terrorists and took place in cities more than a hour from Cairo.  Which she told other members of her tour group they also expressed shock, but they  were eager to press on with their trip which included Coptic churches, mosques and ancient temples.
“We were excited and, as tourists, felt safe,” said Mora. A social worker for the state, she said her comfort was buttressed by an awareness that attracting American tourists is important to Egypt’s economy.
Still, Egypt is one of several countries for which the U.S. State Department has issued travel safety warnings. This cautionary advice acknowledges that the Egyptian government maintains heavy security at major tourist sites, but also cautions U.S. citizens that “terrorist attacks can occur anywhere.”
Mora noted that the Egyptian travel agency organizing her nine-day tour had not given specific warnings about terrorism. However, when she visited Israel, there had been warnings about potential dangers.
Mora also said her group encountered evidence of Egyptian security at various stops on their tour and when they joined the throngs at the Great Pyramids and the Sphinx, their “body guard” was an Egyptian “secret service guy” with a “rifle on his back.”
In talking about travel safety, Latinos, especially with their growing numbers and affluence, are very much in the conversation. They spend more than $5.6 billion a year on travel, according to the National Tour Association.  Hispanics also take more vacations, an average of seven weeks a year for those whose incomes exceed $80,000, and are more likely to travel internationally than non-Hispanics, according to Think Now, a market research company that focuses on Hispanics, African-Americans and Asian-Americans.

For Hispanics, among the most popular vacation choices is Mexico, which contains several areas for which the State Department has issued warnings because of drug gangs. There are many Latinos traveling to Europe, which has witnessed several terrorist attacks recently, and a growing number to the Far East, including Japan and Vietnam.
Think Now found in 2015 that 46 percent of Hispanic vacationers who had traveled abroad in the previous two years had gone to Mexico, a percentage twice as high as for non-Hispanics. While this trend might change in the future because of Trump Administration policies, several Mexican research group anticipate that influx of tourists from the United States will continue to grow but at a slower rate than in recent years.
In Connecticut, Mexico, particularly Cancun, along with Jamaica, the Bahamas and the Dominican Republican are other Caribbean islands that are popular with Latinos, said Idiana Neyra, a Hartford-based agent for Costamar Travel.
Cancun and the Riviera Maya are the top destination booked by AAA Travel Advisors in the Greater Hartford area. This is followed by Punta Cana in the Dominican Republic; Dublin, Rome and London. Orlando, Florida is the leading domestic destination.
According to AAA, destinations with the most notable increases in travel bookings include Melbourne and Sydney, Australia; Toronto and Vancouver, Canada; and Cancun.

In general, terrorism, crime, disease and political unrest are factors which many Americans consider when planning foreign vacations, as are airline fares, health concerns and the value of the dollar. In AARP’s 2017 survey of Baby Boomers (aged 52 and up), five percent of travelers said they would change or cancel plans due to security or terrorism concerns and three percent cited political unrest. Similarly, six percent said they would be influenced by a weather disaster, five percent a public health scare and 14 percent said a favorable exchange rate.
“The decision to travel is a very personal one that must be made by each person individually according to his or her comfort level” said Suzanne Aresco, director of AAA Travel in the Greater Hartford area. “Regardless of where you are going, it is always import to stay informed, be aware of your surroundings and remain vigilant about personal security”.
AAA recommends that before a trip travelers should refer to the U.S. Department of State for detailed travel recommendations. In addition, travelers should enroll in the State Department’s Smart Traveler Enrollment Program  which makes it easier for the nearest embassy or consulate to contact U.S. citizens in case of an emergency.
Traveling with an additional form of identification such as an International Driving Permit (IDP), which can be obtained at AAA branch offices, also is advised by AAA. Other precautions include making two photocopies of all travel documents in case of emergency. Leave one copy with a trusted friend or relative at home and carry the other separately from your documents in case of loss or theft, AAA said, and keep the passport locked up with other valuables while touring, but always carry some form of I.D.

In Mexico, where Neyra has traveled with her child, the travel agent said people are very nice, but it is better to know where you are going. In Mexico City, it is advisable to stick with a tour group.
The situation is seen as more perilous closer to the U.S. border, particularly in Chihuahua, which includes Ciudad Juarez across from El Paso, Texas. “Criminal activity and violence remains an issue throughout the state of Chihuahua and its major cities,” the State Department warns, advising that U.S. citizens travel between cities only on major highways and only during daylight hours.
And while Cancun is a popular vacation destination for Hispanics, and is one of several resort and tourist areas in the Mexican state of Quintana Roo not under a State Department warning,  there is a proviso that “U.S. citizens should exercise caution when traveling south of Felipe Carrillo Puerto or east of Jose Maria Morelos, as cellular and internet services are virtually non-existent.”
Several red flags have been raised about travel to Honduras which has one of the highest murder rates in the world and criminals operating with a high degree of impunity, according to the State Department. U.S. citizens are advised to review personal security plans, remain vigilant and aware of their surroundings and local events, to monitor local news stations for updates and to follow instructions of local authorities.
Similarly, Venezuela, which had once been a popular stop for cruise ships and tourists, is now considered a very risky destination. At the end of December, the State Department warned U.S. citizens against travel to that South American country “due to violent crime, social unrest, and pervasive food and medicine shortages.”
Tourist should be aware that in countries such as Venezuela and Turkey demonstrations and large events intended to be peaceful can turn confrontational. Travelers should avoid areas of demonstrations, and exercise caution if in the vicinity of any large gatherings, protests or demonstrations, AAA said.
Latinos might expect a friendlier greeting in Spanish-speaking countries if they are bilingual, but Neyra cautioned that predators often do not discriminate regarding who they target. Also, she said, “every country has good places and bad places.”
On the other hand, Cuba is attracting more U.S. tourists with the thawing of diplomatic relations and an increase in commercial flights and cruises, according to a current AAA report.
Mora visited Cuba before the Obama Administration eased travel restrictions and described the island nation as the “safest place in the world” because of very strict law enforcement, and she recently returned to attend a salsa festival.
The amount of advice about safety Hispanics and others can expect from travel agencies when booking a trip abroad can vary.
Mora recalled one time that her bilingual ability was particularly helpful. This was when she visited Israel in 2001, several months before the 9-11 attacks in the U.S., when she was encouraged to speak Spanish rather than English because there was some anti-American sentiment at that time.
Still, Mora recommends a visit to Egypt, “the price is right and it is a very good experience.”
Mora’s travel agenda for later this year includes visiting Switzerland, where she expects, and the State Department agrees, that safety should not be an issue. 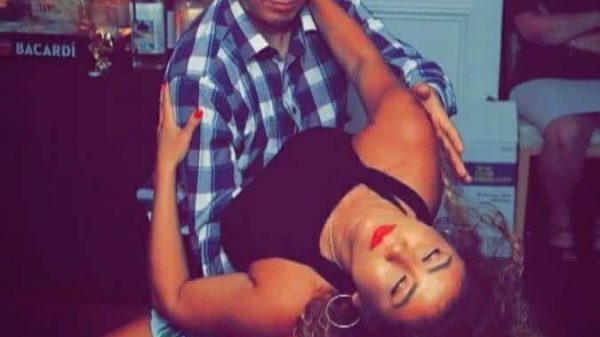 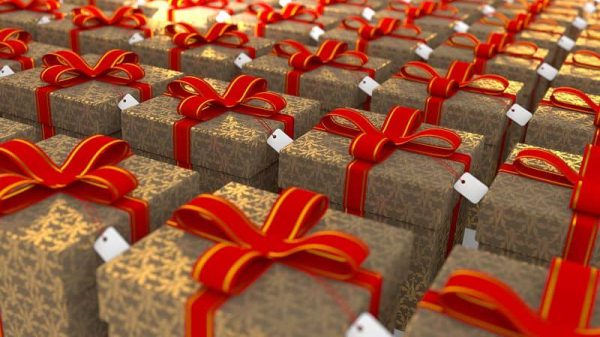 Latinos are the best chance for a merry shopping season

By Bill Sarno, CTLatinoNews.com While many of you will be loosening belts after the Thanksgiving feast, many more will be tightening them as the holiday shopping...

102 Latin American Artworks, And A New Institute, Will Go To MoMA

Before Lygia Clark was getting major museum retrospectives; before Adriana Varejão was represented by leading galleries; before Beatriz Milhazes was achieving high prices...