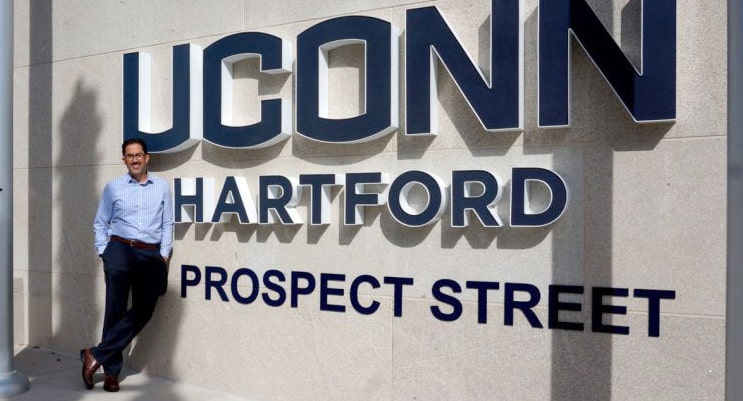 The University of Connecticut vacated West Hartford in late August when it opened the new downtown campus in Hartford to great fanfare, but along with the move the campus gained a new leader with strong West Hartford roots.
Dr. Mark Overmyer-Velazquez, a UConn history professor who is also founding Director of El Instituto: Institute of Latina/o, Caribbean & Latin American Studies, was named director of UConn Hartford and assumed his new role on Aug. 23, the same day that the campus officially opened.
“This is so unbelievably exciting,” Overmyer-Velazquez said as, less than two weeks into his tenure, he provided a tour of the new main campus building at 10 Prospect St. and other surrounding spaces…
To read full article, please visit: http://we-ha.com/mark-overmyer-velazquez-west-hartford-named-director-uconn-hartford/

In this article:Hispanics in higher Ed, Latinos and College, Mark Overmyer-Velaquez, UCONN

Students attending Hispanic-Serving Institutions are more likely to stick with their studies than students at all other colleges and universities, even though they...